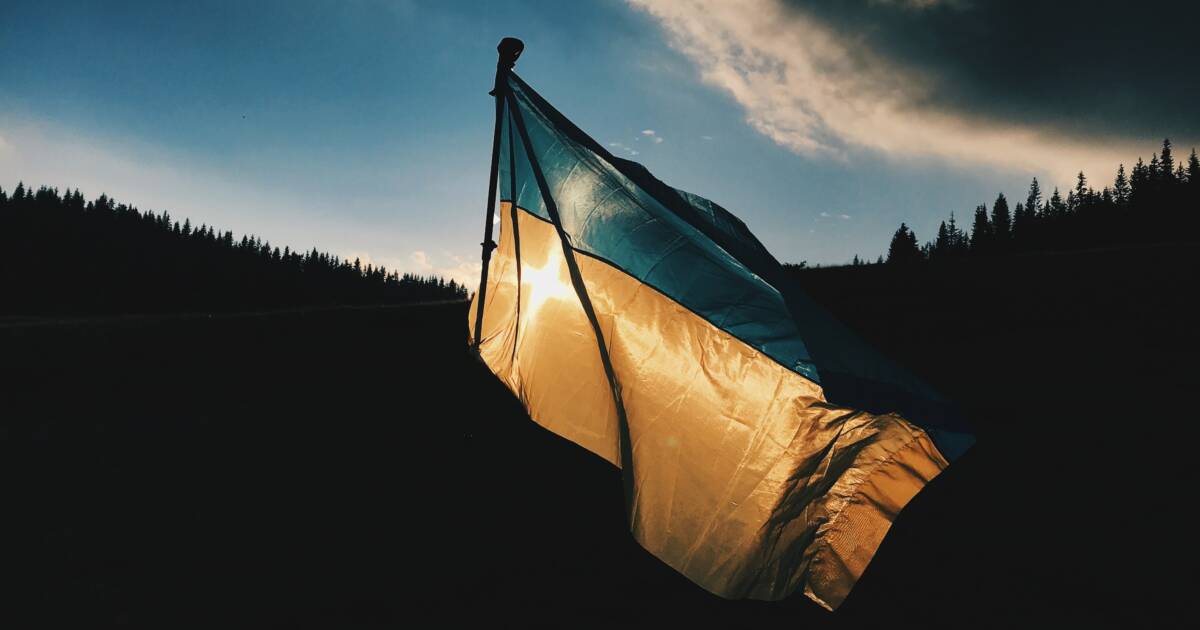 My expectations were deliciously low, like getting a New York pizza slice at a shopping-center parking lot carnival food truck. Even so, President Biden delivered a tasteless, bland experience. I was headed for bed at 9:30, just about the time he started to gaffe the TelePrompTer text. When I awoke this morning, I found I had missed nothing, like when I throw away the crust of that frozen pizza.

Not that I blame Biden. He is who he is, and no more. He got a lousy hand coming into this Ukraine situation, after 14 years of U.S. administrations ignoring the real danger of Putin’s expansionist dreams of empire. In the current war, the facts are grim. As Army vet David French noted yesterday in The Dispatch:

We can and should stand in awe of Ukrainian courage, but we should also recognize that courage comes with a cost. Surrender is unthinkable, yet war is terrible. It’s hard to see Ukraine surviving this war intact, free, and independent.

Biden said no less, reading between the lines of his speech. In effect, all the flag-waving, all the lapel pins, blue and yellow, sent a message of condolences. If it was a Hallmark card, it would read “Thank you, Ukraine, for your sacrifice. Thank you for standing against Putin and Russia. We thought you wouldn’t do nearly as well as you did. Bravo. But in the end, you must lose, because you see, if you win, it’s World War 3.”

I don’t think it’s a particularly good idea for U.S. military forces to fight in Europe against the Russians. I think that would be an obvious casus belli that could provoke World War 3. But then again, the savage economic sanctions against Russia, taken together, are the equivalent of acts of war, are they not? America has definitely taken sides here; we’re just not crazy enough to give Putin an easy justification.

As for Biden’s domestic policy, I give his speech a rousing “Meh!” We need a “decade of infrastructure” right after we need to stop paying farmers not to grow crops, or to make enough government cheese to be thrown away on school lunch trays that go uneaten, because it’s about the money, not the food.

Biden’s economic theory is complete fantasy. So-called “modern monetary theory” believes that there’s no limit to investment by taxes and Big Government can pay for it all by printing more money. This is why Biden hooked Intel chief Patrick P. Gelsinger on a $10 billion “investment” in some land in Ohio to build silicon chip-making factories (called “foundries”). Why Intel has to wait for the government to pass some pork bill is irrelevant to the Democrats (why should the government do this when AMD pays its own way?).

Meanwhile, the price of bread, milk, and gasoline continue to soar. Giving cash to everyone in the country doesn’t help this trend. But reality has never been a strong point to someone who has done nothing but serve in government and politics for 50 years.

I particularly liked Biden’s reference to 65,000 miles of roadway repair. I believe it’s all in Atlanta.

Back to Ukraine, though. One reason the Ukrainians have done so well, and the Russians so badly, is because the long-awaited and built-up cyber war that the Russians were supposed to unleash before troops crossed over never happened. I suspected there would be a story behind this, and there is. The New York Times broke a story that Microsoft took quick action after detecting the Russian “wiper” virus targeting Ukrainian servers.

Within three hours, Microsoft threw itself into the middle of a ground war in Europe — from 5,500 miles away. The threat center, north of Seattle, had been on high alert, and it quickly picked apart the malware, named it “FoxBlade” and notified Ukraine’s top cyberdefense authority. Within three hours, Microsoft’s virus detection systems had been updated to block the code, which erases — “wipes” — data on computers in a network.

At the point when this happened, Putin’s military planners should have recommended a “no go” and canceled the operation. When your first salvo fizzles like that, military folks realize that the plan isn’t going to go as planned. No military plan survives first contact with the enemy, but at least the first shot should land somewhere.

I believe Putin had a bad case of “Kaiser-itis,” referring to the German World War I field marshals who had planned their war down to the last train schedule and every piece of rolling stock and horse in the country. Germany was going to war, period, and there was no way to roll back the orders regardless of what else was going on. Putin had given his commanders their orders, the troops were ready, and pulling back was unthinkable to him. Obviously, it was just the first of many bad moves.

That this has gone so badly won’t save Ukraine. Probably won’t, that is. There’s still a chance for things to go catastrophically wrong for Russia. I think that presents more of a conundrum for Biden’s advisers than the planned outcome—Ukraine loses and we punish Russia for it. If Putin can’t win in Ukraine, he might become much more unstable and dangerous. It’s clear that Biden, from his speech, what was said and unsaid, is betting on Ukraine losing but doing it gloriously.

I find that to be hugely distasteful. But again, I don’t blame Biden. He’s not a man who wants to take chances with the reality he knows. The problem is that Biden’s reality is frequently not real. At his age, he might not know the difference all the time.

As speeches go, Biden’s is one for the history books. The dusty, acid-washed pages of old cracked bindings kind of history books. After listening for a half hour, I felt like I had been given a warm bath, a slather of Ben Gay, and put down for a nap. That’s about what I expected.