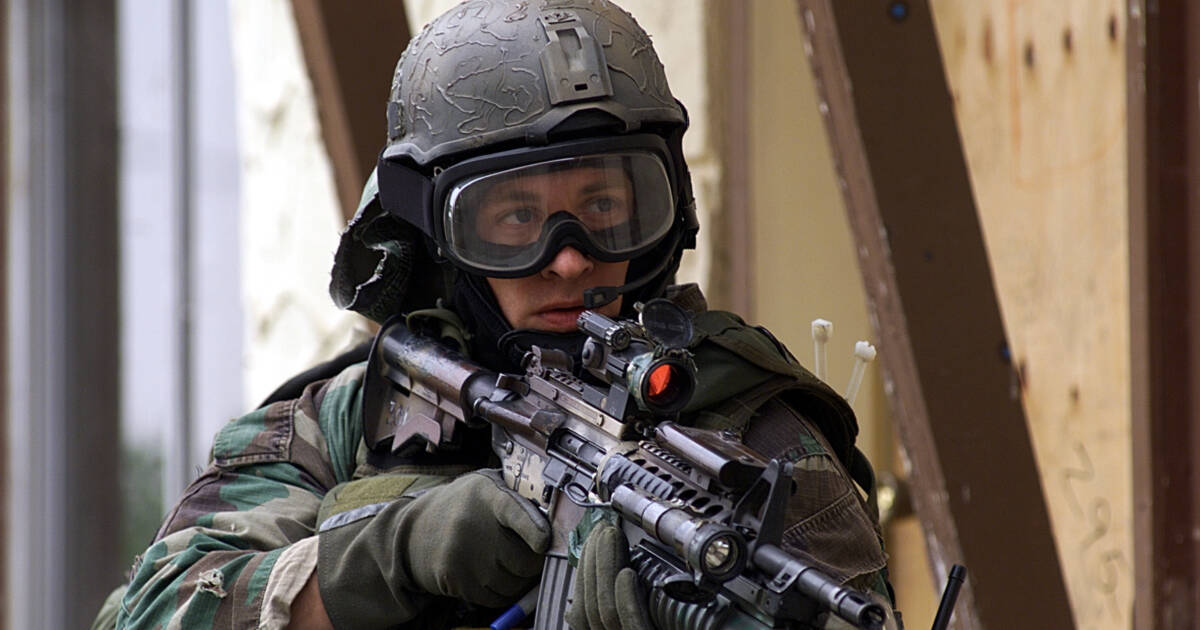 Haiti has no functional government, at least not one that’s separable from corruption, crime, and gangs. The leader of the 400 Mawozo gang threatened to kill 16 Americans and one Canadian if he doesn’t get $1 million for each life.

It’s time to send in the troops and get those hostages. Without a doubt, I have confidence that U.S. Special Forces can get the job done. In 2020, SEAL Team 6 rescued a single American citizen in Nigeria, who was being held by an armed gang.

Then the elite SEAL Team Six carried out a “precision” hostage rescue mission and killed all but one of the seven captors, according to officials with direct knowledge about the operation.

“They were all dead before they knew what happened,” another counterterrorism source with knowledge told ABC News.

Haiti is not Nigeria, where the government cooperated with the rescue. Haiti is a mess, but the U.S. military has operated there, in our back yard, for far more than a century. Why? Because Haiti has, for most of its history, been a rich honey pot for dictators, and America would rather have dictators friendly to us than to, say, the U.S.S.R. or whatever foreign power threatens us.

President Andrew Johnson, in the years following the Civil War, floated the idea of annexing Hispaniola. In 1915, Woodrow Wilson, fed up with half a decade consisting of a conga-line of assassinated presidents and continual coups, sent in 5,000 troops to occupy Haiti. It was not a popular occupation, at least not from the Haitians point of view.

In 1994, President Bill Clinton sent in the military to re-stabilize Haiti after the country’s first democratically-elected president, Jean-Bertrand Aristide, was overthrown by a violent junta in 1991. The brutality of what Clinton called a “reign of terror” was reinforced by pressure from the Congressional Black Caucus to do something. Stung by the 1993 “Black Hawk Down” episode in Mogadishu, Clinton was cautious, though he finally acceded. He sent 25,000 troops, drawn from all branches of the military. The operation, known as “Uphold Democracy,” was short, and largely agreed to have been a success.

In 2004, Aristide, in exile after being forced from office again, blamed American intervention. U.S. President George W. Bush sent Marines after armed insurgents threatened to take over the capital Port-au-Prince, and former murderous dictator Jean-Claude “Baby Doc” Duvalier showed up on the island. Haiti’s history of “violent, undemocratic regime change” is the one constant in that torn, poverty-stricken nation.

Long a destination for foreign missionaries and aid organizations, who help after devastating hurricanes, earthquakes, and other disasters that seem to sweep over the island like it’s a magnet for misery, Haiti is also a dangerous place to operate. The U.S. and Canadian missionaries, including five children and an eight-month old baby, are in peril.

The Haitian national police are powerless to do anything. The AP reported Friday morning:

Later in the day, Henry’s office announced that Léon Charles had resigned as head of Haiti’s National Police and was replaced by Frantz Elbé. The newspaper Le Nouvelliste said Elbé was director of the police departments of the South East and Nippes and previously served as general security coordinator at the National Palace when Jocelerme Privert was provisional president.

According to the Office of Citizen Protection, described as an “ombudsman-like” organ of the Haitian government, criminals “operate with complete impunity, attacking all members of society.” The office also noted that a Haitian pastor had not been released despite the ransom being paid. Paying $16 million guarantees nothing.

UNICEF said Thursday that 71 women and 30 children have been kidnapped so far this year — surpassing the 59 women and 37 children abducted in all of last year. “They represent one third of the 455 kidnappings reported this year,” the agency said.

Sure, the missionaries knew there’s risk in going to Haiti. But American presidents have sent in troops for far less than the chaos erupting there. Here in America, there are fathers, mothers, brothers, sisters, sons and daughters waiting to see what President Biden does to free their family members from the threat of death.

President Biden cannot stand by while lawless thugs take our citizens hostage just 377 miles from Puerto Rico, which is U.S. soil. The next thing we read about this story needs to be that the hostages are rescued, and their abductors lie dead or incapacitated.

We have Special Operations troops like the Army’s Delta Force and Navy SEAL Team 6 for a reason. It’s time to use them.