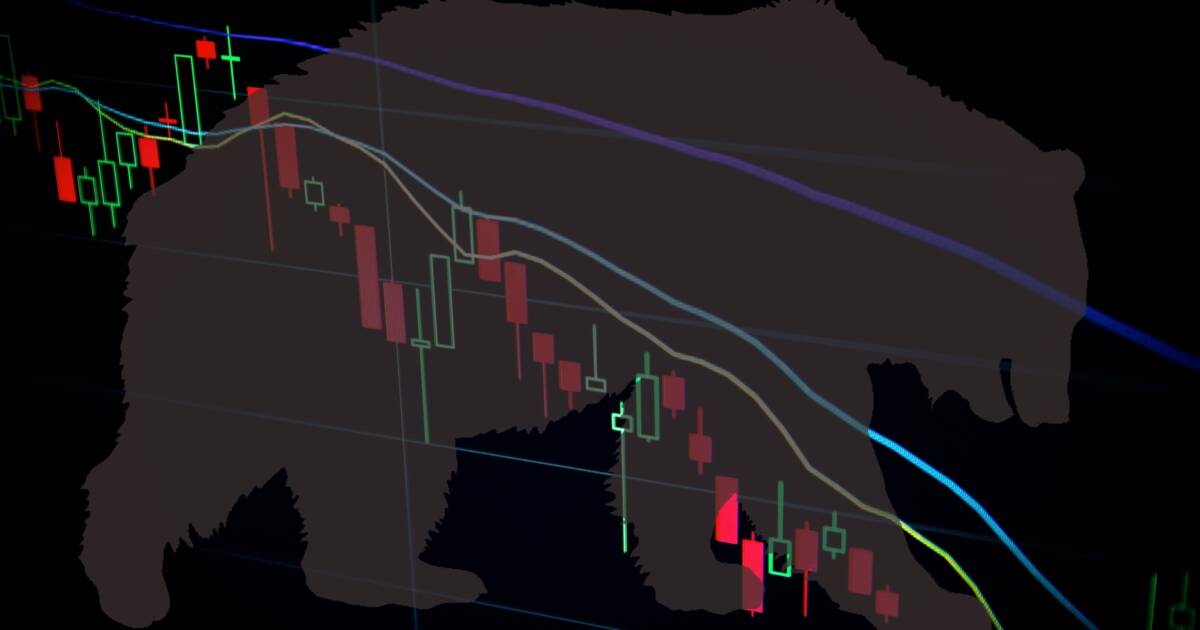 In January 2022, the White House released President Biden’s economic outlook. American Progress crowed: “It’s time to take stock of the historic economic boom under his leadership.” Sure, employment is at a very high level, but full employment is not what it’s cracked up to be. And now, the chickens of inflation, supply shortages, and frankly, too much money chasing too little goods, have come home to roost.

The same month that progressives were singing Biden’s praises, the IMF had a much more sober view. The World Economic Outlook called for high inflation to persist longer than envisioned just three months earlier. “Risks to the global baseline are tilted to the downside.” The WEO’s projections for U.S. GDP growth for 2022 fell from 2021’s 5.6 percent to 4.0, then to 2.6 percent in 2023.

April’s IMF report revised the January figures for 2022 downward: 3.7 percent GDP growth. For 2023, it drops to 2.25, and 1.44 percent in 2024. The current bear market (source: AP) confirms the narrative-busting demise of the Biden recovery (even Biden is frustrated).

On Monday, the benchmark S&P 500 lost 3.9%, taking it 21.8% below its peak. At the center of the sell-off is the U.S. Federal Reserve’s effort to control inflation by raising interest rates. The Fed is scrambling to get prices under control and its main method is to raise rates, but that is a blunt tool that could slow the economy too much, causing a recession.

Inflation, the result of high employment and lots of free cash in the economy, added to soaring gas and energy prices, leads to spikes in transportation costs, which causes the price of all goods to rise. The world grain shortage is pushing upward the price of meat, bread, dairy, and related staples.

The bear market and the sharp loss of value of many booming companies will lead to cost-cutting and cash hoarding as the credit markets tighten up. The Fed will counter inflation by raising rates. We will have, as Jimmy Carter had, a bout of stagflation. By the end of this hot, sweltering summer, companies will begin the layoffs. The layoffs have already begunin the startup-heavy tech sector. TechCrunch reports:

Per Layoffs.fyi, a layoff tracker, over 16,000 tech workers lost their jobs in May, and June is off to a similarly brutal start. TechCrunch’s senior reporter Amanda Silberling and I have accidentally, and unfortunately, started working on a weekly column about the tech layoffs; what first started as a tip-over moment at Thrasio has soon expanded to startups regardless of sector, financing stage or if they had obvious growth tensions or not.

Elon Musk, whose highly-leveraged Tesla holdings are squeezing his deal to buy Twitter (and may kill it), announced he wants to cut 10 percent of the carmaker’s jobs, Reuters reports.

“Tesla’s not your average canary in the coal mine. It’s more like a whale in the lithium mine,” Morgan Stanley analyst Adam Jonas said in a research note, referring to the metal used in EV batteries.

“If the world’s largest EV company warns on jobs and the economy, investors should reconsider their forecasts on margins and top-line growth,” he added. Tesla stock fell 9%.

I fear we’re on a pretty steep slope to “bad things” in the economy. By winter, we will be facing high interest rates, tight credit, job losses, possible busts in the real estate bubble, bank failures, loss of retirement funds, coupled with historic record highs in energy costs, fuel prices, food prices, shortages in every industrial product, which will in turn cause shortages in staples.

I know that some readers will throw charts and graphs at me, telling me that I’m being Chicken Little. But a year ago many people were saying that by now, inflation would calm down, the supply chain would begin to stabilize, and we’d be fat, happy and getting richer on our 401k accounts. Those people only look at money charts, while the folks who serve grits and eggs look at how hard it’s been to keep a profitable business going. Many service businesses went bust, or are hanging by a thread. Just as the high-paying tech jobs dry up, and Amazon stops paying $22/hour for unskilled workers, the mom-and-pop businesses will be dry and unable to finance a restart.

What was full employment will quickly become an epidemic of joblessness, starting with tech sector, moving through the economy like a tapeworm, devouring everything. If you have a good, stable job now, hold on to it. It’s not the time to job hop from a good gig to one that might not last.

It’s summer now, but winter will be here before you know it. In a bear market, a tight credit, high interest market, cash flow will be king. If you can’t afford it, don’t buy it because you’ll need the money to pay for your home, your food, and your heat this winter.

People may literally freeze and starve. One friend of mine calls it the “winter of death.” And don’t forget, we’re not done with COVID-19 yet. There will be a new variant this fall, and another spike this winter, just like the flu. It will cause further havoc with the world economy, and especially the U.S.

Compared with what’s coming, the media screaming about January 6th and guns will seem like first world problems, if all these signs come to fruition. I may be Chicken Little, but right now, I wouldn’t bet on me being wrong.