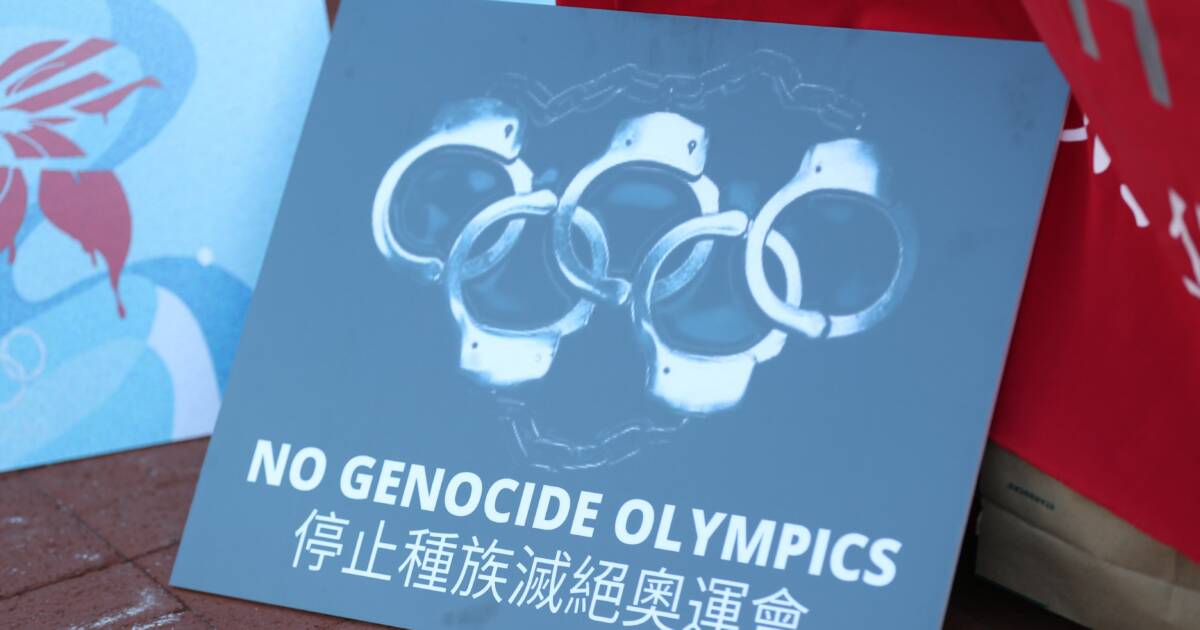 The 2022 winter Olympics begin tonight in Beijing. You will not hear a word spoken about genocide. No mention of Hong Kong, and in Beijing, Taiwan does not exist.

Beijing still has the Bird’s Nest stadium from 2008 when it hosted the summer games. That particular Olympics has some bittersweet memories for me, as it was the last thing my stepfather and I watched together, from his hospital bed. I fully expect this time will be as well-ordered and clockwork-perfect as it was 14 years ago.

I am of two minds when it comes to the Olympics. In one respect, it’s the host country’s duty to put itself aside in the name of sport and fair play. In another respect, it’s the games privilege to promote the host, since they went through the tremendous trouble of building the facilities and welcoming the world. On the other hand, a repressive, totalitarian regime with no respect for individual citizen achievements that don’t benefit the state and its single party rule doesn’t deserve the world’s gratitude.

I have never been a fan of boycotting the Olympics as a punishment for countries that do things we don’t like. I remember in 1980 when President Jimmy Carter decided American athletes should not go to Moscow because the USSR invaded Afghanistan. (Cough.) Talk about a decision not aging well: the Russians got the last laugh, and we lost the opportunity to beat them in 1984 in Los Angeles because tit-for-tat. It was a dumb decision.

In this Olympics, the Russians won’t even compete under their own flag. Fifty years of cheating, doping, and playing unfair have finally caught up with the Russian teams, and they’re paying the price now. It’s unfortunate, because I think Russia (and the former USSR) would have been able to do very well even without doping and cheating. The soviet sports system was really the envy of the world. As is the communist Chinese state system now, which lavishes incredible gifts upon gifted athletes to ensure their peak performance.

Erick Erickson said he won’t watch the Olympics because of the terrible things China has done and is doing. Fair enough. These games, like the 2020 (2021) summer games in Tokyo, will be sparsely attended by spectators. Such is life in the world of COVID-19—yet the hometown LA Super Bowl will be full of unmasked fans who paid a minimum of $6,000(you read that right) for the cheapest seats. I guess we’re just not as serious about stopping COVID here as they are in China.

Many athletes are planning to boycott the opening ceremonies, along with U.S. diplomats. Foreign spectators are banned from the stadium. Their absence will hardly be missed. The CCP would much rather they not attend and spoil a well-oiled and rehearsed pageant than show up and spoil it by talking about human rights. The IOC takes a dim view of athletes protesting the host country. The Washington Post reported:

The exact number of athletes planning to boycott the Opening Ceremonies is unknown. Activists told me several athletes expressed fear of being arrested by Chinese authorities or being punished by their home nation’s Olympics organization if they protested at all. Some athletes told the activists they would explain why they skipped the Opening Ceremonies only after the games ended, remaining silent while in China to avoid punishment.

Chinese authorities are pushing the government’s view that U.S. agitators are responsible for any boycotts, as Taiwan’s delegation chose to skip both the opening and closing ceremonies (who can blame them?).

Furthermore, athletes and whatever other Americans enter China for the games were encouraged to bring “burner phones” with them, as required apps and other infrastructure in China is rife with exploits, spyware, and vulnerabilities. In other words, when you’re in Big Brother’s house, you’re being watched. If you bring your own personal device, it’s very likely you’re going to bring home more than just pictures.

All of that will be forgotten, I predict, after tonight’s well-planned set piece spectacular show. Sports will take over, as it always does.

CBS Sports’ expert picker Mike Tierney is selling his over-under (8.5 gold) predictions, so you’ll have to pay to see them. Nielsen’s Gracenote predicts the U.S. will finish fourth, behind Norway, the faux-Russian team, and Germany. They would have you bet on the under, with seven gold, according to an LA Times article.

Gracenote predicts on its website that China should beat its previous medal count of nine won in 2018, but given that the Chinese team doesn’t compete in many of the headline Nordic events, it limits their exposure. They predict 13 medals for China, which is a pretty good bump for being the “home team.”

Generally, the U.S. does better than its northern neighbor, Canada, by virtue of a much larger population (but boy, those Canadians like winter sports, eh?). Gracenote predicts that the Canadians will extend the winning streak from 2018 and tie team U.S. with a total of 22 medals. The U.S. has its best shots at Alpine Skiing, Bobsleigh, Cross Country Skiing, Freestyle Skiing, and Speed Skating with Brittany Bowe. Watch for Bowe to go head-to-head with Canadians Ivanie Blondin and Isabelle Weidemann.

As for me, I tend to skip the opening ceremonies unless there’s something particularly interesting about the host country. I watched the 2012 London ceremony from a suite at Turner Field during a Braves game. I must say the Brits did a spot-on job, from the Queen to Mr. Bean. I also enjoyed the Rio opening ceremony. I skipped Tokyo. I will likely skip tonight. Hand-wringing is a sport I enjoy about as much as pearl-clutching.

It’s important that our athletes get to compete, and show the world that America doesn’t fear dealing with tyrannical, racist states that oppress their minorities to the point of genocide, and harbor official racial policies about the superiority of Han Chinese ethnic lines. It’s important that we not focus on the negatives, while not honoring the communists for their worldly achievements at the price of individual liberty and self-determination.

I’m glad we didn’t boycott these games, but I’ll be more glad if we take home medals, like Jesse Owens did in 1936.