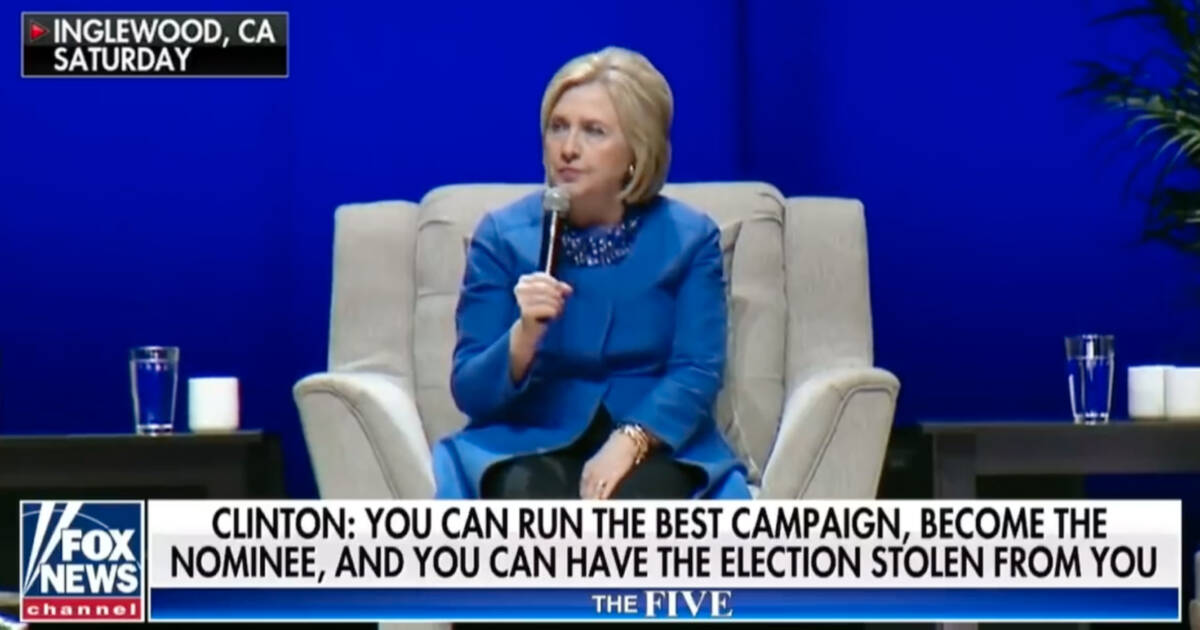 Footage from twice-failed presidential candidate Hillary Clinton went viral on Twitter Monday, showing the Democrat in 2019 claiming her election was “stolen” by Donald Trump and the Russian government.

“You can run the best campaign, you can even become the nominee, and you can have the election stolen from you,” claimed Clinton.