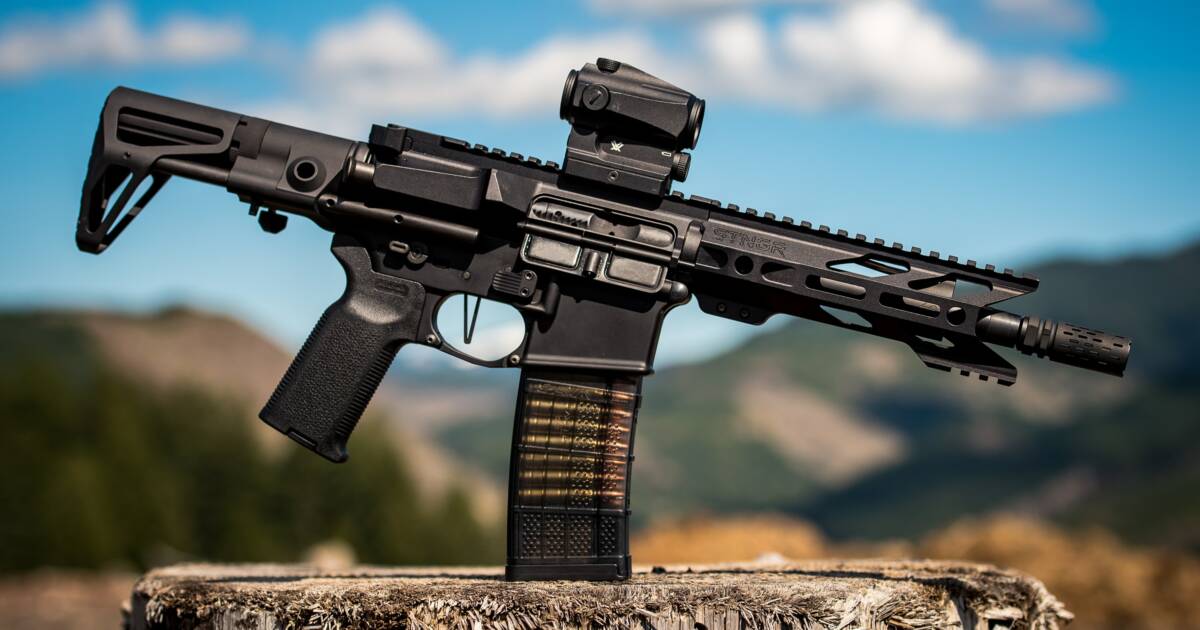 In 2019, the Washington Post’s fact checker Glenn Kessler gave Two Pinocchios to Bill Clinton for claiming his “assault weapons” ban led to a “big drop in mass shooting deaths.” Kessler was being charitable, and “wavered between One and Two Pinocchios, but ultimately leaned toward Two.” In 1999, the Department of Justice published a research brief on the weapons ban, with decidedly unclear results.

Key issues: Although the weapons banned by this legislation were used only rarely in gun crimes before the ban, supporters felt that these weapons posed a threat to public safety because they are capable of firing many shots rapidly. They argued that these characteristics enhance offenders’ ability to kill and wound more persons and to inflict multiple wounds on each victim, so that a decrease in their use would reduce the fatality rate of gun attacks.

In December, 2018, then-President Donald Trump banned the use of “bump stocks” which allow almost fully-automatic rates of fire from large-magazine-equipped semi-automatic rifles, such as the AR-15. To my knowledge, only one mass shooting—the Last Vegas massacre of 59 people, with 500 wounded—was ever perpetrated using bump-stocks, and that one has never really been “solved.” Yet Trump was right to ban the device as a menace to public safety.

The question that remains is: are semi-automatic rifles capable of firing 30, 50, 100 rounds, one per trigger pull, a menace to public safety? In the hands of a spree killer, the answer is certainly yes. But spree killers are a tiny number of people in the population of semi-automatic rifle owners. Add to that: America tried this approach once, and it didn’t achieve its stated goal. Spree killings still occurred.

There are other things we know, that data shows, that correlate with spree killings. These factors adhere more to the killer than the gun. Erudite lawyer Dan McLaughlin spelled out the three sides to the school-shooting issue: the shooter, the weapon, and the target. In the case of Uvalde, it didn’t matter if the shooter used a .30-06 deer rifle with a 5-round clip. He had more than enough time to shoot, reload, and repeat for an hour. In many of the other spree shootings, like the one in Tulsa, the shooter had specific targets in mind, which means it wouldn’t matter what rifle, or pistol for that matter, was used.

The vast majority of drive-by gang shootings (Google “baby killed in drive-by”) are perpetrated using 9mm pistols, which happens to be the most popular caliber of handgun at the moment. The data shows that banning “assault weapons” (which is a meaningless term) will not reduce these crimes by any meaningful factor.

Now, that doesn’t mean the existence of certain deadly things isn’t, in itself, a menace deserving of attention. But the focus of Democrats, like President Joe Biden and Speaker Nancy Pelosi, is completely on the guns, not the shooter or the target. The President wants Congress to ban AR-15 style rifles: lock, stock and barrel. It will be difficult for Congress to craft legislation that can pass Constitutional muster, given the test of D.C. v. Heller. Banning an entire category of rifle based on aesthetics will likely be overturned. Banning magazine size would not accomplish much, and is politically untenable.

In the wake of the Sandy Hook school shooting, Connecticut’s legislature in 2014 passed an “assault weapons” ban, demanding that citizens turn in their rifles, or register them with the state. Only 50,000 complied, leaving an estimated 300,000 or so guilty of a felony, which law enforcement refused to go after. These bans, even when they stand up to Second Amendment concerns, don’t work unless the people who are supposed to enforce them actually do it. In places like Chicago, guns purchased in other states are illegally transferred and contribute to the high gun murder rate. Cracking down on straw purchases is a more sane approach than banning whole classes of guns.

But Pelosi wants to ban “assault weapons.” Democrats want to go for the ban, even when there are reasonable options. I rarely agree with my own Rep. Lucy McBath, but her support of an “extreme risk protection order”—a Red Flag bill—is a good idea. McBath lost her 17-year-old son nearly a decade ago to gun violence. I have a good friend who was nearly killed by a suicidal person with a .45 pistol. An “assault weapons” ban would not have prevented these tragedies. Having a way for targeted, judge approved confiscations or temporary denials of purchase of a gun initiated by family, workplace, or mental health professionals is, to me, the most rational way to deal with future spree, school and workplace shootings.

I know many people oppose a national Red Flag law, mostly on the grounds that such laws should be enacted on the state level. There’s merit to the argument that the FBI and BATF alone can’t enforce those laws. But states can, and should be enjoined to do so, with consequences like loss of federal funds for law enforcement. Some things need to be done nationally, or not at all, and Red Flag laws, or even tighter enforcement of retail gun sales to prevent straw purchases (see Chicago) are in that category.

Maybe Congress will pass the Red Flag law, but I don’t think Democrats have enough support in the Senate to do it unless they get off the gun ban horse. And that’s the problem: Biden and Pelosi would rather the federal government do nothing at all if it won’t pass an “assault weapons” ban. They’d rather oppose anything Republicans would support, to gain some political advantage, than to do the right things and stop wasting time on the things that don’t, haven’t, and can’t work.

We have an opportunity to do the right thing and make some progress. It can only happen if Democrat demagogues will stop their grandstanding and actually work with Republicans. But I fear, like they’ve done in the past, Democrats will go for the pointless media circus, and fail to do anything useful.