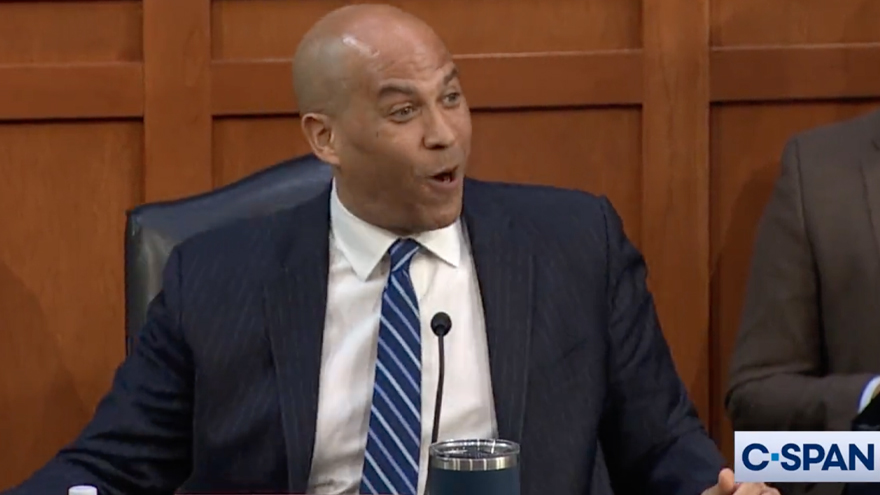 The questions “triggered a hurt in so many people I  know and have encountered,” said the Democratic.

“I am hearing from people, not just Black women, who are relating to me their stories about having to come into a room where you’re more qualified than the people who are sitting in judgement of you and having to endure the absurdities of disrespect that we saw Judge Jackson endure,” he said.

“You may trod me down in the very dirt but still like dust, I rise. Rise, Sister Jackson, rise, Judge Jackson, all the way to the highest court in the land. When we have that final vote I will rejoice. Ancestors will rejoice,” Booker added, quoting poet Maya Angelou.