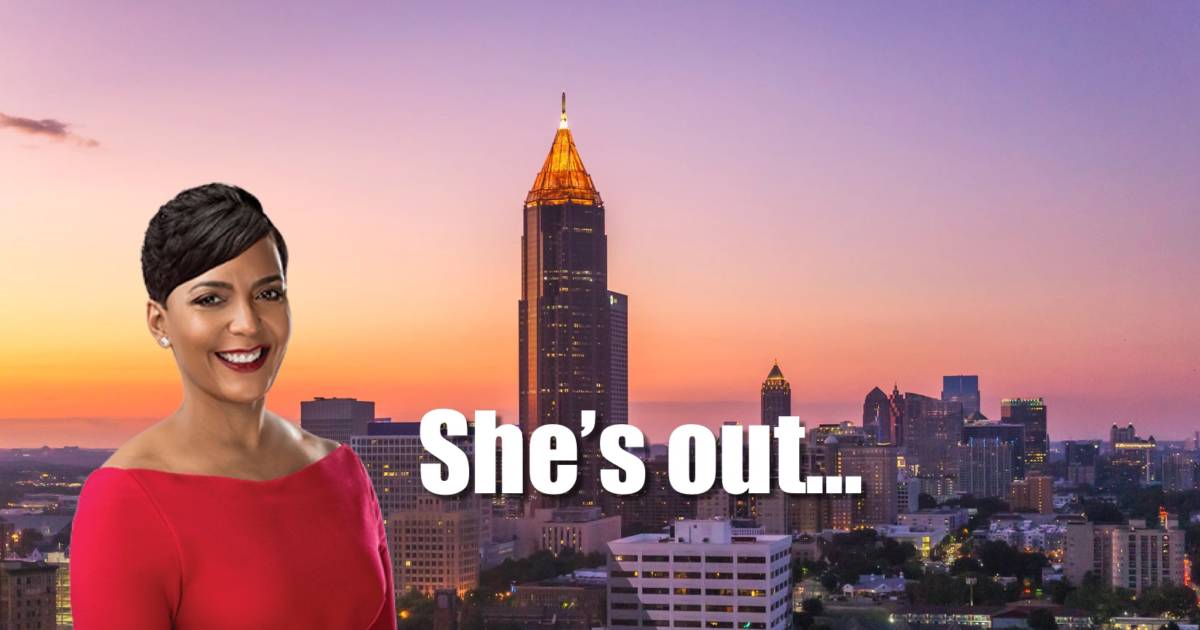 Atlanta Mayor Keisha Lance-Bottoms penned a “Dear Atlanta” letter announcing that she will not run for a second term.

The dearatl.com site links to a video and a letter written on city stationary outlining Bottoms’ reasons for her decision, and hinting at something to come.

“Is she running for another office?” While I am not yet certain of what the future holds, I trust that my next season will continue to be one full of passion and purpose, guided by the belief that within each of us is the power and responsibility to make a positive difference in the lives of others.

The letter walks through Bottoms’ term, with a list of accomplishments and challenges. From the city’s terrible cyber-ransom attack to federal investigations into her predecessor, to her commitment to transparency, to COVID-19, Bottoms certainly had an eventful time at City Hall.

As Derek and I have given thoughtful prayer and consideration to the season now before us, it is with deep emotions that I hold my head high, and choose not to seek another term as Mayor.

I believe that Keisha Lance-Bottoms is far from done in politics, from the local, to the state, and even the national stage. Is this a setup to run for president? While I don’t agree with many of her policies and politics, I believe Mayor Lance-Bottoms is a good person, with faith and a commitment (as much as a politician can have) to telling the truth. I like her.

It would be no surprise to see Bottoms join with Stacey Abrams, or be offered some position with the Biden administration (which she reportedly turned down when originally offered), or some high-profile media position. Whatever she does, Bottoms will remain a very popular and respected Democrat. I wish her a successful next step.

If conservatives can’t wish liberals personal success–if we must curse the very ground they tread upon because they’re the “other party”–then life becomes drained of vibrancy, color, grace, and sweetness. If we can’t wish a decent person who prays to Jesus Christ a good next phase in a life, we’ll be as bad as the mad censors, safe-space thumb-sucking pajama-wearers, victim-worshipping woke scolds, and comically stupid amateur socialists we mock.

What’s next for Atlanta? Hopefully not a return to the execrable and corrupt Kasim Reed. The AJC reported that in an interview with KISS 104.1 FM, Reed said he wasn’t planning to run, but the fact he gave an interview about running before Bottoms’ announcement is the stuff of rumors.

The now wide-open Atlanta mayor’s race, along with the governor’s race, redistricting for the House of Representatives and a Senate race, is going to make 2022 a very, very interesting year for Georgia politics.