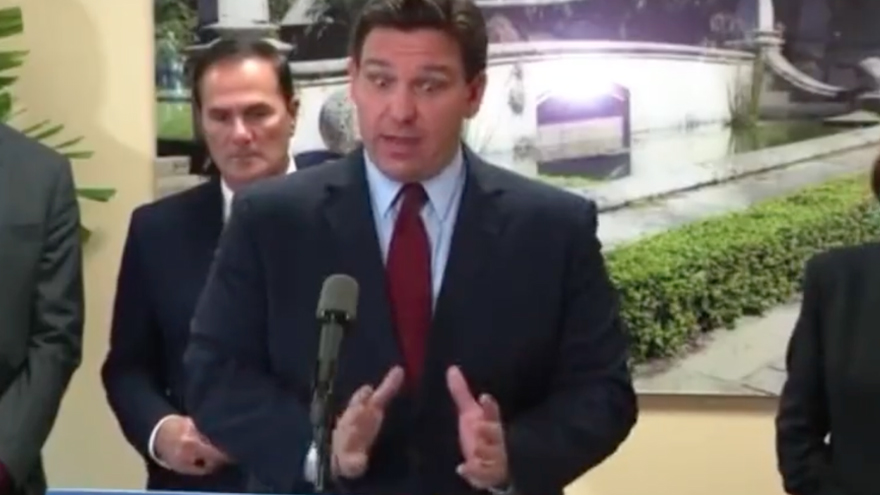 Florida Governor Ron DeSantis called-out the media, Democrat politicians, and progressive activists Thursday for treating the anniversary of the January 6th Capitol Riots as “their Christmas.”

“This is something that’s really been used for a political narrative. People here in Florida care about inflation, gas prices, education, crime… There is an obsession with this among the DC and New York journalist class,” he added.

“The DC, New York media— this is their Christmas, January 6th,” concluded the Governor. “They are going to milk this for anything they can to smear anyone who ever supported Donald Trump.”

‘WE WERE RIGHT, THEY WERE WRONG’: DeSantis Blasts Fauci and Biden During State of the State Victory Lap

Ron DeSantis has had quite a year. The Florida Governor took a victory lap during his annual State of the State speech, touching on Florida’s COVID response, mandates, and more. “Together we have made Florida the freest state in these United States,” DeSantis said during his State of the State Address  in Tallahassee. “While so …

Governor Ron DeSantis (R-FL) and his merch team had a brilliant idea: let’s make a shirt poking fun at Dems ditching their home states – and strict COVID regulations – for a taste of Florida freedom. And so they did. According to Fox News, “ Florida Gov. Ron DeSantis’ reelection campaign is now selling new …