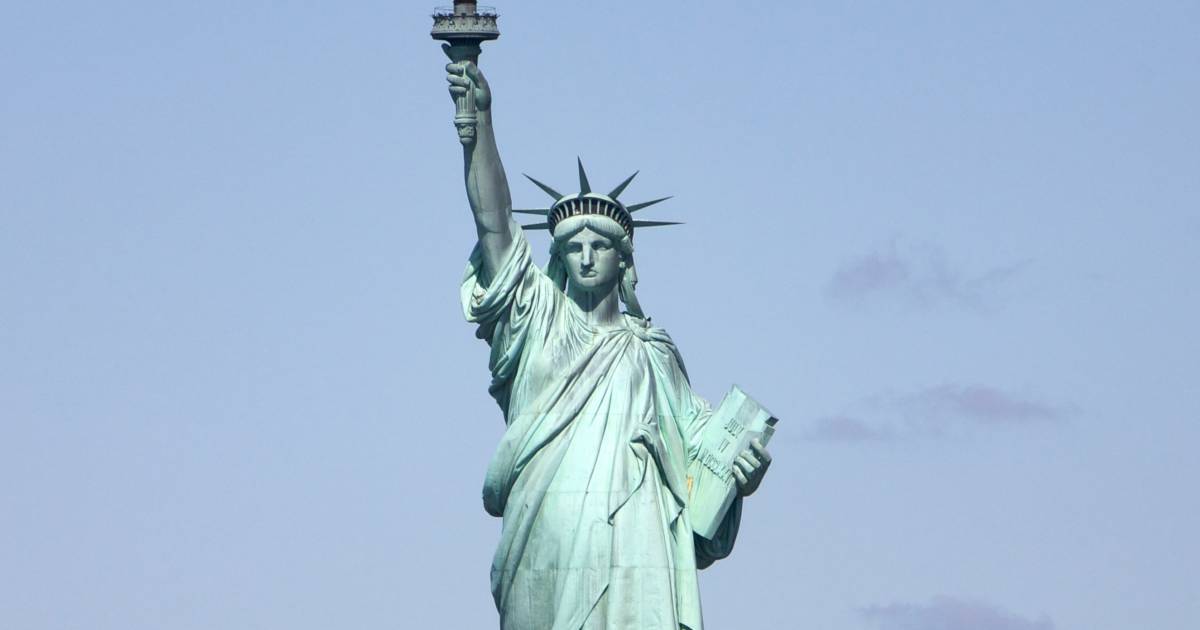 Native-born Americans are the most fortunate people on earth. If you have the great fortune to have been born to two American parents, anywhere in the world, or to have been born on U.S. soil, you get the benefit of citizenship in the most wealthy, militarily powerful, resource-rich, culturally dominant, technologically advanced, lavishly appointed, and politically diverse nation in recorded history.

Native-born (and those sons and daughters of American parents born elsewhere) Americans are awarded citizenship simply by birth status. There is no ethnic, genealogical, physical, religious, or political test to earn citizenship for the fortunate ones. Today’s immigrants, however, must work for their citizenship.

Back in the days when my grandparents immigrated to America “from the old country,” all you had to do was show up to our shores, fill out some paperwork, and pay a small tax. Between 1891 and 1924, America’s population grew by more than 25 million due to mass immigration from Europe. Prior, racist immigration acts and policies banned immigration from China and Japan.

In 1924, Congress passed Johnson Reed Act, which set formal quotas of 2% of the number of U.S. residents from each country as of the 1980 census, therefore severely limited the number of southern and eastern Europeans allowed in, and sought to “preserve the ideal of U.S. homogeneity.” The Act also established a citizenship test called a “naturalization exam.”

The questions on that test were given orally, in a courtroom, and varied from place to place, so it’s hard to gain a firm understanding of what was asked. Immigrants in those days sought to do whatever they could to become “more American,” if not for their own opportunity, then to provide their children with a better opportunity to rise in the land of the free.

My own family history is a bit obscure. My paternal grandfather, according to various accounts, “arrived” in America as a merchant sailor on a British ship. Not enjoying life at sea in the British merchant marine, he “left the crew” (jumped ship; deserted) sometime during the San Francisco fire, and found his way to Chicago. His surname, apparently, was Kurzner, not Berman. How he decided on Berman is a choice lost to time and shrouded in mystery. One nugget a relative dug up is that some of the Kerzners who left the shtetl went to South Africa; a branch of my family includes Sol Kerzner, the billionaire owner of the Atlantis resort in the Bahamas. But at least I’m American, though genealogy can be a dangerous business.

(I don’t delve into genealogy, and never asked a lot of questions. My paternal grandfather was married, his wife died, he moved east to Massachusetts, where he remarried my paternal grandmother, who he brought over from the old country. My wife once asked my dad how his dad, Saul, knew my Bubbie—her name was Fannie—to bring her over. My dad answered, “of course you know your cousin.” This is why I don’t ask questions.)

I heard a story that one day, years later, FBI agents came to the door of my grandfather’s tailor shop in Revere, Mass. They asked him a few questions about his origins, he answered, they thanked him for his time and left. It was a simpler time back then.

Becoming a naturalized citizen these days can cost several thousand dollars in legal fees, application fees and other services. There’s a $725 fee paid when filing the Form N-400, but immigrants can’t file that form until they meet the other requirements. These include being a permanent resident (green card holder) for at least 5 continuous years (of which 30 months must be physically present in the U.S.), living within the same state for at least 3 months before filing, having “good moral character,” and being able to pass an English test as well as the U.S. history and government test.

Of course, you can skip many of the requirements if you just marry an American, or join the U.S. military.

If you were fortunate enough to be born here, many of the (don’t click on the link unless you want to cheat) questions on the U.S. history and government test given to immigrants seeking naturalized status are things you just know, or learned early in elementary school. For example:

63. When was the Declaration of Independence adopted?

52. What do we show loyalty to when we say the Pledge of Allegiance?

Immigrants are asked 10 questions in English. A passing grade for the 100 question pool is 6/10 or 60%. Most native-born Americans who grew up here can easily pass. But some of the questions are not as easy.

Can you answer these without looking up the answers? If this was your test:

7. How many amendments does the Constitution have?

21. The House of Representatives has how many voting members?

31. If both the President and the Vice President can no longer serve, who becomes President?

48. There are four amendments to the Constitution about who can vote. Describe one of them.

50. Name one right only for United States citizens.

68. What is one thing Benjamin Franklin is famous for?

79. Who was President during World War I?

81. Who did the United States fight in World War II? (hint: name all the countries)

88. Name one of the two longest rivers in the United States. (name both of them!)

Now go look at the answers.

I wish every natural born American citizen had to take this test to affirm the rights of citizenship. I wish it wasn’t just 10 question but all 100 of them, and I wish the passing score was at least 80%. I’m not saying that citizenship should be denied anyone who fails, but I do think that many things people consider “rights” (as in entitlements, grants, and tax credits) should simply not be freely available to anyone who fails.

The people who ran our government for centuries did their best to define “American,” and many did a very poor job of it. Tests of sex, skin color, national origin, and religion are repulsive. But having citizens taught that “American” literally means nothing without a hyphenated identity attached to it is equally repulsive.

Being American means having a connection with the best parts of our history, and the most noble parts of our freedoms. Immigrants are required to learn about these principles. It’s only fair that those of us who were born into the privilege of citizenship should have the same connection, don’t you think?