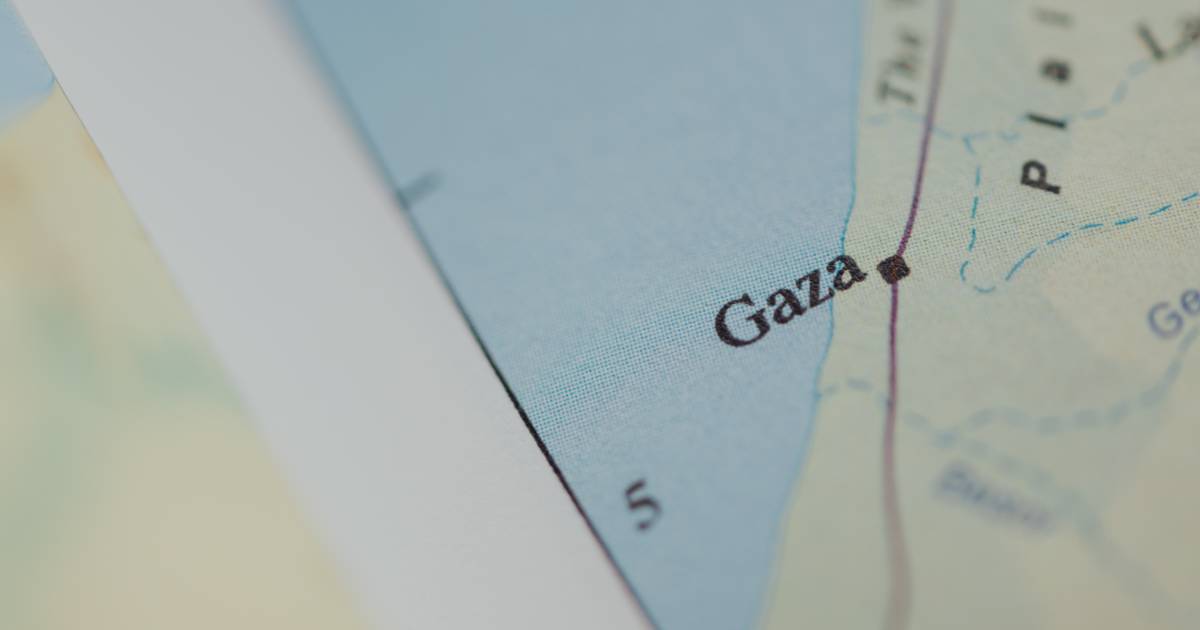 On Saturday, the AP’s CEO said he was “shocked and horrified that the Israel military would target and destroy the building housing AP’s bureau and other news organizations in Gaza.” So reported my friend Erick Erickson.

This morning’s AP report repeated the story that Israeli airstrikes “have leveled a number of Gaza City’s tallest buildings, which Israel alleges contained Hamas military infrastructure. Among them was the building housing The Associated Press Gaza office and those of other media outlets.”

In the linked story, the AP quoted Hamas Health Ministry (read below for a deeper understanding). They were spoon-fed exactly what Hamas wanted the world to hear. Israeli statements are pepper with quote-unquotes, while Hamas, a terror organization dedicated to the destruction of Israel, is reported at face value.

On Saturday, Israel bombed the home of Khalil al-Hayeh, a senior figure in Hamas’ political branch, saying the building served as part of the group’s “terrorist infrastructure.” There was no immediate report on al-Hayeh’s fate or on any casualties.

In case you don’t know who Khalil al-Hayeh is—and I don’t expect you to know—he’s more than just a “political leader.” In 2010, al-Hayeh visited Iran and said “the country gave Hamas financial, moral and political support. He also claimed that the support was unconditional, and said that Hamas welcomes and is proud of all types of Islamic and Arabic strategic ties which support the Palestinian people and its uprising.” There is no question al-Hayeh is a terrorist leader.

Other media outlets quickly picked up on the AP story, reporting as if Israel targeted the AP, or the media itself.

What the stories leave out is that the media is, in fact, embedded with Hamas intelligence. No media in Gaza can operate without Hamas minders watching over their shoulders. The building the media, including the AP, operated from is a Hamas building, riddled with intelligence assets. It’s the job of those assets to feed the media exactly what Hamas wants published, and to prevent from publication stores which contradict their message.

This is not spin, it’s fact, and every intelligence service with any ties to Israel knows it.

The Jerusalem Post reported this morning that in a conversation between Israel Prime Minister Benjamin Netanyahu and President Joe Biden, Israeli intelligence provided a “smoking gun” that Hamas indeed did work in that building.

“We showed them the smoking gun proving Hamas worked out of that building,” a senior diplomatic source said. “I understand they found the explanation satisfactory.”

This was confirmed by Netanyahu, on the record, Sunday, on American television (“Face the Nation”):

Well, we share with our American friends all that intelligence and here’s the intelligence we had, it’s about Palestinian terrorist- an intelligence office for the Palestinian terrorist organization housed in that building that plots and organizes the terror attacks against Israeli civilians. So it’s a perfectly legitimate target. And I can tell you that we took every precaution to make sure that there were no civilian injuries. In fact, no deaths, no injuries whatsoever. Well, I can’t say injuries, I don’t know if somebody received a fragment of- of a stone. I don’t know that. But no people were killed.

The AP confirmed that indeed, it received warning of the attack. And in their pearl-clutching statement they lied through their teeth.

We have had no indication Hamas was in the building or active in the building. This is something we actively check to the best of our ability. We would never knowingly put our journalists at risk.

The fact—again, yes, fact—the AP is housed in Gaza with Hamas intelligence looking over its shoulder is not even new, or news. The Post quoted an article by former AP reporter Matti Friedman from 2014 published in The Atlantic.

If you haven’t read the article, you should read the whole thing. It’s a devastating exposé of how casually AP (and other media) reporters are ingested into the anti-Israel diplomatic, NGO, and even quasi-militant circles, and how editors regularly and blithely commit journalistic malpractice by killing stories that “play into” Israel’s hands, while questioning everything the Israeli government does and says.

In fact, Hamas bases their entire attack strategy on this casual and oblivious bias. I say “oblivious” because newly assigned reporters simply don’t get to see any side but the one they’re presented. If they happen to get assigned to Gaza to cover a conflict (a legitimate story), they are placed in the hands of Hamas, and under the thumb of their editors.

In Gaza, this goes from being a curious detail of press psychology to a major deficiency. Hamas’s strategy is to provoke a response from Israel by attacking from behind the cover of Palestinian civilians, thus drawing Israeli strikes that kill those civilians, and then to have the casualties filmed by one of the world’s largest press contingents, with the understanding that the resulting outrage abroad will blunt Israel’s response. This is a ruthless strategy, and an effective one. It is predicated on the cooperation of journalists. (emphasis mine)

Hamas commits moral crimes against humanity upon its own innocents, and the media is complicit in blaming Israel for it. They willingly participate, and never even consider reporting that they’re part of Hamas’ battle plan. That would require two things notably absent in western coverage of Israel: courage, and self-awareness. More from Friendman.

Hamas understood that journalists would not only accept as fact the Hamas-reported civilian death toll—relayed through the UN or through something called the “Gaza Health Ministry,” an office controlled by Hamas—but would make those numbers the center of coverage. Hamas understood that reporters could be intimidated when necessary and that they would not report the intimidation; Western news organizations tend to see no ethical imperative to inform readers of the restrictions shaping their coverage in repressive states or other dangerous areas. In the war’s aftermath, the NGO-UN-media alliance could be depended upon to unleash the organs of the international community on Israel, and to leave the jihadist group alone.

And yet, the same pattern emerges today. Hamas sends rockets from its extensive tunnel network into Israel. Israel responds by taking out Hamas tunnels and its rocket stores. Hamas places these ordnance dumps right under schools, hospitals, and places where there are lots of civilians (and likely, right under the offices of the media itself). Hamas waits for Israel to hit these targets, and then leads the media like cattle to view and carnage.

The only difference between now and 2014 is that Israel has much better technology to respond without actually putting troops in harm’s way. In 2014, Israel had to send troops house-to-house in Gaza. So far, this time, attacks are being conducted by smart munitions delivered by artillery, multiple-launch rocket systems, and airstrikes. Israel’s soldiers have, for now, confined themselves to tunnel operations on the Israeli side of the Gaza border.

Israeli cities are, so far, mostly protected by the IDF’s Iron Dome system. But Iron Dome has limitations. It can be overwhelmed by large rocket barrages, and it’s also expensive compared to the cheap, dumb ballistic rockets used by Hamas, mixed in with the more sophisticated, Iran-supplied weapons which are much more accurate. Of course, Israel has to defend against both threats, not knowing which is which.

No matter to Hamas. Its battle plan isn’t to defeat Israel in military conflict. They know this is not possible. Its strategy is to bait Israel into doing something horrific they can show the waiting media. Destroying the AP “building” that was really a Hamas intelligence building with the AP renting space from terrorists was just the perfect outrage headline.

Now the media, replete with anti-Israel biased editors, oblivious reporters who have no sense of their sources’ trustworthiness, and outright liars in the executive suite, gets to fight for Hamas, doubling down on the lies.