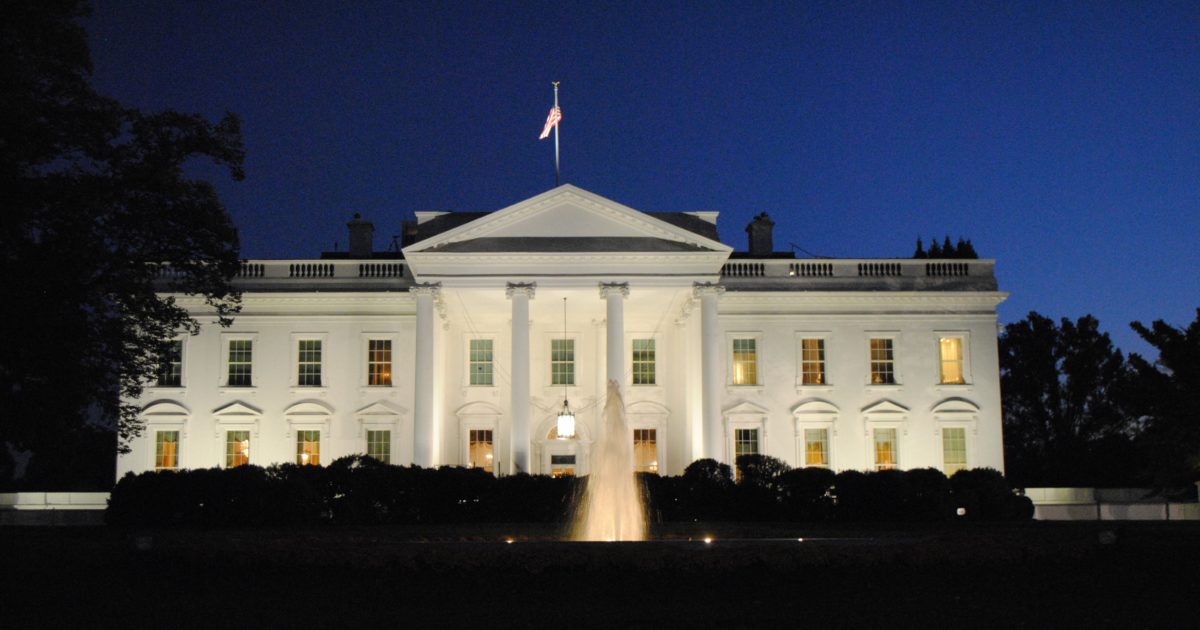 Tuesday will mark the 12th presidential election of my lifetime. By my estimation, fewer than half of them have been “normal.” Maybe abnormal is the new normal. Regardless, I’d wager that, like me, most Americans would love to see two mainstream, likeable, non-septuagenarian, scandal-free candidates compete for the White House. We are likely to be disappointed – again.

So you can follow my line of thinking, here’s my rundown of normal versus abnormal elections since 1976. You may disagree with a few, but I suspect we share common ground on most of them.

1976: A little-known, one-term governor and peanut farmer from Georgia faced off against the incumbent, President Gerald Ford, who was the only person in our nation’s history to serve as both vice president and president without being elected to either office. Hard to imagine a stranger campaign, but little did we know.

1980: This one was somewhat normal. An incumbent president ran against a popular two-term governor, who had also previously run for his party’s presidential nomination. Ronald Reagan’s earlier Hollywood career aside, the 1980 campaign checked many boxes of what most of us consider to be a traditional election contest.

1984: Again – normal. Reagan faced off against a former vice president in a fairly cordial campaign between two men largely considered to be qualified for the office. What wasn’t normal was the 49-state landslide, but that spoke volumes about Reagan’s bipartisan popularity – something that seems now permanently out of our nation’s grasp.

1988: This one was pretty much normal, despite the Beetle Bailey-esque image of Mike Dukakis sticking out of a tank. An incumbent vice president defeated a successful sitting governor.

1992: This is when things started getting weird again. George H.W. Bush and Bill Clinton were perfectly normal candidates, but throw H. Ross Perot in the mix and you’ve got the makings for an oddball election. This one was Bush’s to lose, and he did a fine job of it. Bush presided over some of the most historic international events of the 20th century – the fall of the Soviet Union and end of the Cold War, the destruction of the Berlin Wall, and an overwhelmingly successful Gulf War victory that masterfully achieved its mission and nothing more. But the economy was in a recession, which put all the foreign policy success in the rear-view mirror. This set the stage for a charming, young Southern state governor and a peculiar Texas billionaire to mix it up with a sitting president. Perot got 19% of the popular vote but no electoral votes. Bush got only 37%. Clinton was elected with a mere 43% of the vote.

1996: A brief return to normalcy, as a sitting president was challenged by long-term Republican senator, Bob Dole, who had run as Ford’s VP candidate in 1976 and unsuccessfully sought his party’s nomination for the top of the ticket in 1988. This went about as expected and Clinton was elected to what would be a tumultuous second term.

2000: The 2000 election wins the prize as most abnormal and most fascinating election of my lifetime. The candidates were rather predictable: a sitting vice president and a popular Texas governor who was the son of a former president. Thanks to third and fourth party candidates (Pat Buchanan and Ralph Nader), neither George W. Bush or Al Gore received a majority of the vote, though Gore did win a plurality. After Florida was called on election night for Gore, then for Bush, then for neither candidate, the nation watched in bewilderment over the next 37 days as votes were counted, recounted, discarded and disputed. We learned about hanging chads and dimpled ballots. Finally, mercifully, the Supreme Court ended the matter on December 12, declaring a Bush victory. The wounds from the 2000 election, and from the second Clinton term that preceded it, have never healed and have fueled the acrimony that has dominated the political landscape ever since.

2004: This one could go either way, but I’ll call it normal. Both candidates were “traditional” – an incumbent president and John Kerry, a long-time senator. The Swift Boat Veterans for Truth campaign against Kerry and the falsified document scandal that ended the career of Dan Rather certainly made the 2004 election unique. Bush won the popular and electoral vote and the nation promptly moved on.

2008: There was nothing particularly scandalous about the 2008 election, but I categorize it as less than normal for several reasons. First, Barack Obama had barely been elected to his first term as senator from Illinois when he began running for president. His oratory skills and smooth campaigning style gave him massive appeal, particularly against his chief primary rivals. John Edwards was just a little too slick – almost slimy (which would later prove true) and Hillary Clinton was, well, Hillary Clinton. Though she put up quite a fight, the youthful, energetic Obama eventually won the nomination. He faced a polar opposite in John McCain – a 72-year old white man who had been in politics for more than a quarter century. Still, McCain’s status as a military hero and the respect he had from political friends and foes, made him a formidable candidate. He was ultimately doomed by two things: the Great Recession and his selection of Alaska governor, Sarah Palin as his running mate. The nation was unlikely to keep the same party in the White House during an economic crisis of that magnitude. And Palin seemed like a good choice initially, but soon proved she was not up to the task of assuming the role of president. Finally, electing America’s first Black president is plenty of reason to call the 2008 election something other than normal. That broke new ground in a way that no election before it had done.

2012: Here’s another election that could go either way. Both candidates were established political figures, with a record to run on or against. The reason I consider 2012 something other than normal is that it was such a missed opportunity for Mitt Romney. In my estimation, Romney was one of the most prepared and capable candidates in modern history to lose an election. Al Gore, Hillary Clinton and George H.W. Bush may disagree. Obama was looking more and more like a one-term president. Romney was intellectual, had served successfully in business and government, and had saved the 2002 Olympics from scandal. He was right about Russia being America’s greatest geo-political foe, despite being mocked by Obama and his friends in the media. Romney was slandered by senate majority leader, Harry Reid, who said Romney hadn’t paid taxes for ten years, a charge Reid would later admit was fabricated. So Romney was derailed by falsehoods and didn’t fight back hard enough. That laid the groundwork for a Donald Trump candidacy four years later, and that is reason enough to call 2012 abnormal.

2016: The abnormalcy of the 2016 election is plain to see. Who would have predicted that Trump would slay 16 Republicans, all of whom were more “qualified” than he was? Trump called his rivals out for who they were, and in some cases, for who they were not. He shredded the anointed standard bearer, Jeb Bush. Bush was the unfortunate early recipient of a Trump nickname – “Low Energy Jeb.” While that may not have ever been a knock against Bush before, it’s hard to picture him now without thinking of it, or his infamous “please clap” moment. One by one, the “real Republican politicians” fell victim to Trump’s daggers. And then it was Hillary’s turn. Dubbed “Crooked Hillary,” she became an even bigger villain of the right. Disdain for her is one of the things that unified Republicans around Trump. Nobody was more shocked than she was on election night, and another seismic shift occurred in the landscape of our political process.

So now here we are. It’s 2020 and everything is abnormal. The election will – by that standard – be quite normal for 2020. Trump is Trump. Biden is not who Biden used to be. He’s a shell of his former self and the sense is that if he wins, he will be controlled by the more powerful, far-left forces in his party. It’s ironic that the Biden of 2008 or 1988 was seemingly so much stronger, yet gained virtually no traction in either of those presidential campaigns. He ran against forces of nature in those years – Bill Clinton and Obama. His plagiarism scandal also hindered his first campaign. In 2020, his main primary rivals were far to his left, as much of his party is these days. So he was deemed the only candidate acceptable enough to most of America to take on a divisive incumbent.

Despite the divisiveness of President Trump, the election should have been his to lose, based on his economic and foreign policy achievements. Then the coronavirus came along and upended the election like it did every other aspect of life in 2020.

Throw in the Hunter Biden laptop scandal, the frequent “lids” called by the Biden campaign, the debate debacles, the virus-driven modifications (or lack of such modifications) to campaign rallies, foreign election interference and explosive growth of mail-in voting and we are in the midst of one of the most unusual elections in history.

So will American elections ever be “normal” again? Will there ever be another Reagan-esque candidate – one with broad appeal who defies party loyalties and unites all Americans at the polls? It’s increasingly hard to imagine.

As we look ahead to the potential field of 2024 candidates, even the “likeable” ones – the ones who really should appeal across party lines – are likely to be harpooned by one or both parties. Take Nikki Haley for example. She was largely seen as someone who could help carry the GOP into the future. However, the left now views her as being too close to Trump and many on the right view her as not being close enough. Mike Pence fits the mold of a traditional Republican candidate – conservative, pro-life, anti-gay marriage, calm, confident and unflappable. The left hates him for some of those things, but even more for his allegiance to Trump. But he may not be flashy enough for the right after four or eight years of a Trump presidency.

On the left, the list of candidates with crossover appeal is very short. Hawaii’s Tulsi Gabbard is one, but her party despises her for it. New York governor, Andrew Cuomo, entered 2020 with potential, but his cramming of elderly coronavirus patients into nursing homes will hurt his chances if he pursues a 2024 run.

Although skeptical, I remain hopeful that we will again put forth candidates – on both sides – who can garner respect and support from the opposing party. For that to happen, the political middle needs to expand while the farthest extremes on right and left must shrink. Sadly, most voters crossing party lines this year are doing so less to support one candidate than to reject another. Republicans voting for Biden certainly don’t like Biden as much as they dislike Trump.

As the 2024 candidates begin to line up in the coming months, particularly in the party that loses on Tuesday, we will get a glimpse of just how normal or abnormal 2024 will be. After 2020, all bets are off.