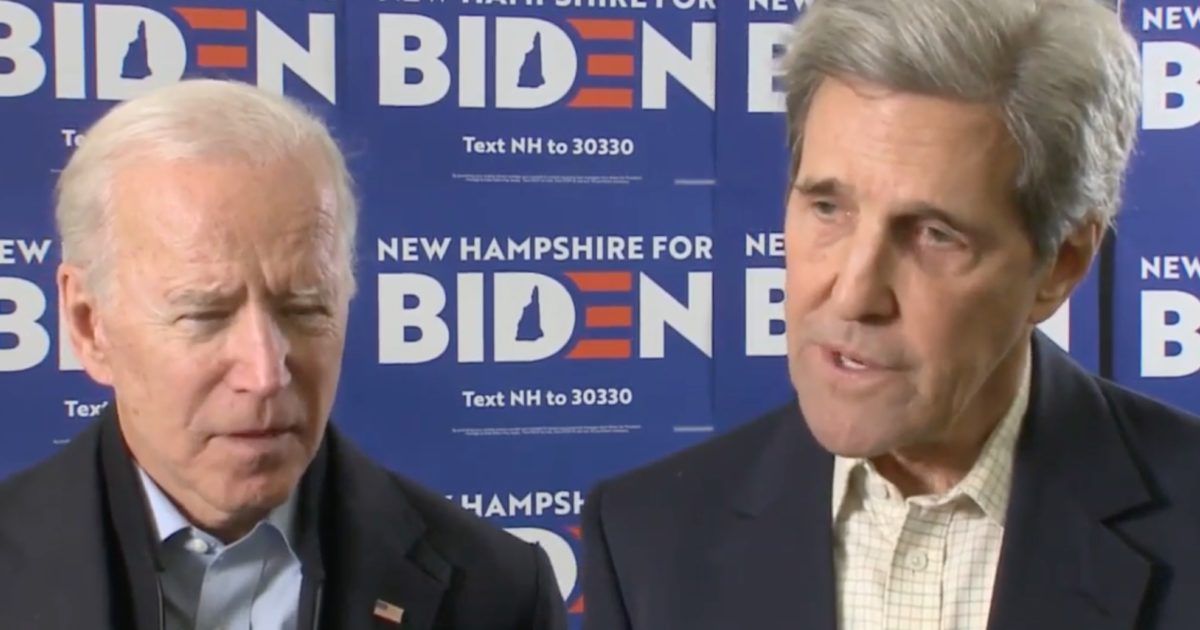 If you’ve ever tried to watch the clock for four years straight, you’re either Paul Manafort’s former celly doing time at Federal Correctional Institution Loretto after his early release last May, or you’ve yet to learn that Joe Biden intends to appoint John Kerry as “special presidential envoy for climate.”

I interpret naming Kerry as proof positive that everything Biden plans for his single term at the titular helm of the federal government is strictly for show, and to inflict pain on serious people. There is no worse person in politics, outside of Hillary Clinton. In that, he even shared her title.

Kerry is just awful. As Jonah Goldberg once put it, Kerry, “is an awful politician, a human toothache with the charisma of a 19th-century Oxford Latin tutor.” He was being vastly unfair to Latin tutors.

Here is a recap of the man’s life and qualifications. He was born into money. Not just money, but musty, dank, Boston money. Money that was hidden behind the 17th century plaster of a sea captain’s home in a tin box by the crazy aunt who lost her mind and ran naked into the ocean, and they “put her away” as all good Brahmin patrician families do.

Kerry can trace his lineage, on his mother’s side, back to John Winthrop, the Puritan lawyer who signed the Mayflower compact and became the first governor of Massachusetts. Groomed for politics, he graduated from Yale in 1966, and promptly joined the Navy as an officer, serving three years in Vietnam on a Swift boat in the Mekong Delta. He received the requisite medals: Silver Star, Bronze Star and multiple Purple Hearts.

Returning from the war, Kerry immediately became an anti-war activist. This didn’t sit well with the soldiers still fighting, and dying, over there. In fact, some Swift boat veterans questioned the circumstances of Kerry’s valorous actions, including one crew member who served under him. You can quote the old saw “rank has its privilege,” but in Kerry’s rarified company, maybe privilege has its rank, complete with citations.

Being an anti-war Boston Democrat was good for Kerry’s political future–he was called to testify before the Senate Foreign Relations Committee (which he later chaired) as a cofounder of Vietnam Veterans of America. After law school, he lost a race for the House of Representatives, became an assistant DA, then resurfaced in 1982 as lieutenant governor of Massachusetts, followed by the U.S. Senate from 1984 to 2002.

To cement Kerry’s disconnection from anything a working family might encounter, he married well. His wife, Teresa Heinz, was heiress to the Heinz food empire, and was married to Sen. John Heinz, who died in 1991. Four years later, she married Kerry in a ceremony held on Nantucket Island (where the rich and famous, including the Obamas, frolic), who met her while serving in the Senate.

John Kerry comes off exactly like you’d expect him to. He’s as dead a cold fish as you’d find behind the counter at the local Kroger. In politics, he’s accomplished little but spit-shining his resume. In climate change circles, Kerry attends all the right cocktail parties, and fits neatly in the white-tie diplomatic clique. He’s right at home with the slippery slugs and closet thugs who populate the sloping building at Turtle Bay, Manhattan.

The only thing John Kerry is good at is being John Kerry, and he’s not even very good at doing that. He’s simultaneously more painful than Steve Martin playing The Dentist in “Little Shop of Horrors” and as charismatic as a photo shoot featuring Chris Christie on a chaise lounge on the Jersey shore.

If Joe Biden absolutely must appoint someone to the made-up position of “special presidential envoy for climate,” John Kerry is probably the best choice. He’ll accomplish nothing, and make us wish to be in a room watching paint dry versus watching him try. I’ll take paint drying, thank you.