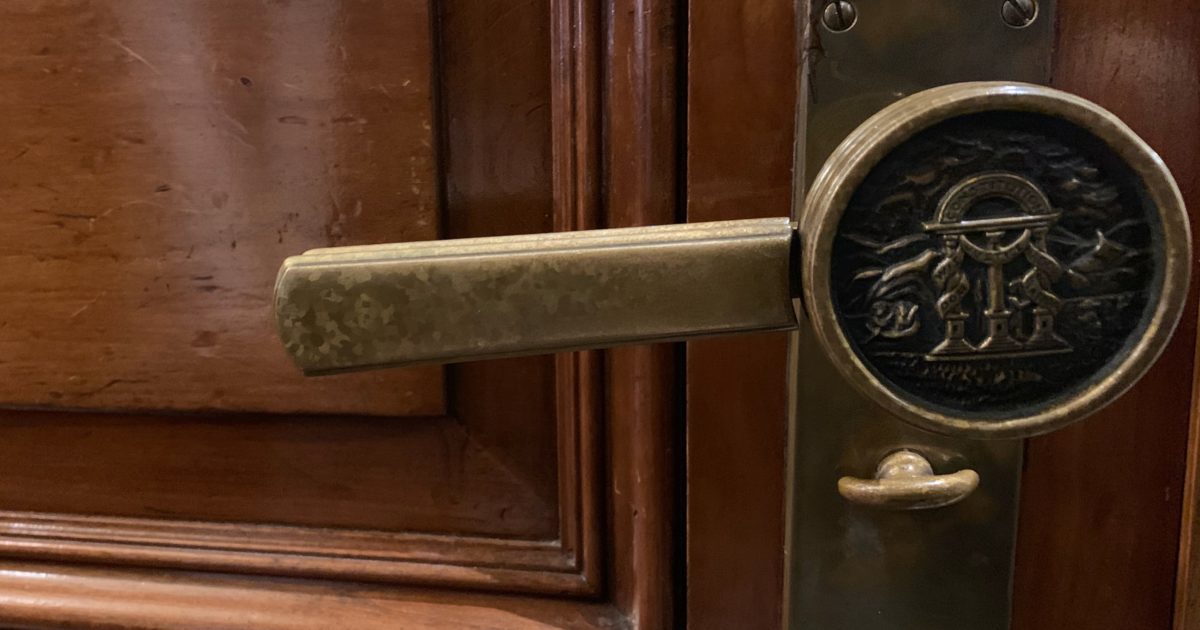 Article 3, Section VII of the Georgia Constitution gives the legislature the power to impeach and try any executive or judicial officer of the state. President Trump called Gov. Brian Kemp and asked him to convene a special legislative session to overturn the election results that both Georgia Secretary of State Brad Raffensperger and the governor certified, CNN reported Saturday.

The Trump legal team is disputing the results of the Georgia election, but under Georgia law, the results may only be contested if:

(1) Misconduct, fraud, or irregularity by any primary or election official or officials sufficient to change or place in doubt the result;

(2) When the defendant is ineligible for the nomination or office in dispute;

(3) When illegal votes have been received or legal votes rejected at the polls sufficient to change or place in doubt the result;

(4) For any error in counting the votes or declaring the result of the primary or election, if such error would change the result;  or

(5) For any other cause which shows that another was the person legally nominated, elected, or eligible to compete in a run-off primary or election.

Both the hand re-tally, and the subsequent audit of the election called for by Raffensperger and Kemp have so far shown no results that would be “sufficient to change or place in doubt the result,” nor any error which “would change the result.” A 2019 law enacted by the Georgia legislature required election superintendents to conduct “precertification tabluation audits by manual inspection of random samples of the paper official ballots.” Raffensperger and Kemp went further than that, requiring a full audit and a full hand re-tally prior to certification.

Georgia code section 21-2-502 requires the Secretary of State, “on receiving and computing the returns of presidential electors, shall lay them before the Governor, who shall enumerate and ascertain the number of votes for each person so voted for and shall cause a certificate of election to be delivered to each person so chosen.”

Code section 21-2-499(b) further requires that the “Governor shall enumerate and ascertain the number of votes for each person so voted and shall certify the slates of presidential electors receiving the highest number of votes. The Governor shall certify the slates of presidential electors no later than 5:00 P.M. on the eighteenth day following the date on which such election was conducted. Notwithstanding the deadlines specified in this Code section, such times may be altered for just cause by an order of a judge of superior court of this state.”

Following the hand re-tally, these procedures were followed by the Secretary of State and the Governor. The procedure was completed according to law. No state superior court judge altered the timeline, despite several lawsuits (which were dismissed) filed by the Trump legal team.

President Trump asked Gov. Kemp to change the rules. He asked Kemp to convene the legislature to pass legislation to change the electors which were appointed according to existing law.

I’m no lawyer, but according to Georgia law, the “day fixed for the appointment of electors” appears to be “no later than 5:00 P.M. on the eighteenth day following the date on which such election was conducted,” unless a superior court judge orders otherwise. Kemp officially certified the election on November 23, after a federal appeals court rejected Lin Wood’s suit to prevent certification. Technically, the law required Kemp to certify the results two days earlier than he did, but he waited for the results of Wood’s lawsuit.

At this point, for Kemp to convene the legislature to change the rules on election would be to ask the legislature to effectively violate federal law, and such action, if they were crazy enough to pass it, would likely be struck down by any number of federal judges.

In any case, it’s almost impossible that the legislature would be able to gather in time to beat the December 8 safe harbor deadline. This means that Georgia would have to change electors after certifying them, which is another violation of federal law.

If Kemp used some kind of “emergency power” (I’m not sure how, as if by incantation) to force the event to happen, then when the legislature next met in January, their first action would probably be to consider an Article 3, Section VII impeachment of the governor for gross abuse of his office and violations of both federal and state law.

Upon his certain conviction, Lieutenant Governor Geoff Duncan would assume the office of governor. And this is what Duncan had to say to CNN’s Jake Tapper during the “State of the Union” show Sunday: “…calling the general assembly back in, at this point, would almost…be along the lines of a solution trying to find a problem.”

“We’re going to continue to follow the letter of the law, which gives us a very clear-cut direction of how to execute the election…” Duncan continued.

Tapper pressed, “to be clear, the governor is not going to call a special session of the general assembly, so the legislature can appoint its own electors for Trump as opposed to what the voters chose, which is electors for Biden.”

“I absolutely believe that to be the case, that the governor will not call us into a special session,” Duncan responded.

Further, Duncan said he was worried that Trump’s remarks at a Valdosta, Georgia rally Saturday–“mountains of misinformation”–was handing the January 5th senate runoffs to the Democrats. As to the election, Duncan said that while he campaigned and voted for Trump, the president didn’t win Georgia.

“On January 20th, Joe Biden’s going to be sworn in as the 46th president, and the Constitution is still in place. This is still America.”

Enough of this, already.