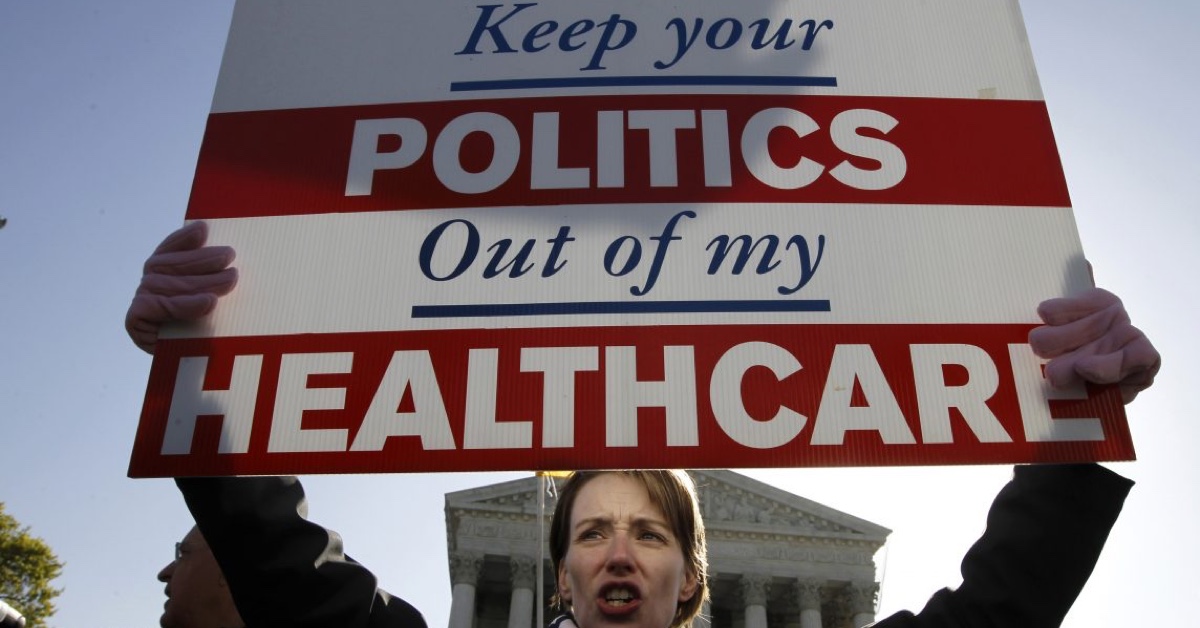 It’s Friday, and I don’t have time for a long dissertation on how politics and morality get conflated. Many—most?—times, this is on purpose, because politicians know how to manipulate voters using emotional hot buttons. Abortion is one of those issues where those who hold extreme political positions on both sides get whipped into a frenzy, while most people have decided where they sit on the issue.

Over time, the number of Americans who think abortion should be legal under any circumstances, or who consider themselves pro-life or pro-choice have not wildly varied. See the Gallup poll history on this.

Whether Roe v. Wade is good jurisprudence is a matter for legal minds, though many on both sides of the moral issue of abortion think it isn’t. The views of Supreme Court Justices are fairly well know, though not everyone has a clear record. I lean originalist and textualist, given that the legal minds who crafted our Constitution and its amendments were careful in how they worded things, so the plain meaning would be preserved. We can’t go back and remove political compromises and other social conventions of past centuries when interpreting the laws written back then; the people who wrote the laws knew what they were writing. So many times, we fall into the trap of judging the past by the moral landscape of the present. We would not give ourselves so little grace if we were in the future judging our current actions.

In the end, we have sinners, and many of them great honking, proud sinners, making policy that affects the righteous acts and self-evident truths that infuse our law. Donald Trump, as execrable a person as he is, was the first POTUS to personally address the March for Life. The hundreds of thousands of folks who show up from all over the country year after year in the cold, rain, and snow of winter Washington D.C. are regular people engaged in a righteous act, opposing the practice of abortion for convenience. It doesn’t make those acts less righteous that a man life TFG threw his support behind them.

I remember hearing a speech by Christian columnist Cal Thomas. He said that inevitably in discussions with pro-choice politicians and activists, they get to the argument of rape and incest. Now according to the pro-choice Guttmacher Institute, about 1.5 percent of abortions are the result of rape and incest. Thomas said he always responds instantly: you can have rape and incest; can I have the rest? The answer is always the same: No.

Some purportedly pro-life political groups are so out of touch with reality that they refuse to endorse candidates who vote for pro-life measures that don’t ban all abortions. Clearly, this is not a popular position among voters—less than 20% support this policy—but politically, the golden ring of the endorsement by certain groups is more important to some candidates, so we end up with extreme legislation that has no chance of passing, and if it did, would be terrible policy.

In the same vein, some pro-choice groups like Planned Parenthood are in it for the money. PP makes its biggest profit from performing abortions, and 98.5 percent of those abortions are not for rape or incest. A large majority of them are for convenience, because the mother is scared, or a teenager, or economically disadvantaged. PP is all for more sex, more promiscuity, plenty of cheap condoms, that sometimes fail. It’s a business to them.

When extremists from both sides, sinners all, control the message and the money, you get what you get.

In the scheme of things, abortion is not a big issue for most of the voting public. When Roe is gone, many of the sinners on both sides of the issue will be exposed for the naked crooks and liars they are. For all of his life until he ran for president, TFG was a pro-choice guy. He will probably go back to that position at some point, but maybe not because he’s likely too old to get anyone pregnant (eww, eye bleach time).

President Biden, as a Catholic, is likely more pro-life than the party he represents, which is evident by his reluctance to even say the word “abortion” until this week. As Americans go, Biden is probably the most in-touch with the issue of all the politicians I’ve heard.

Jamie Manson, the president of Catholics for Choice, argued Biden has a “cognitive dissonance” on the issue of abortion. Catholics for Choice considers primacy of conscience, social justice and religious pluralism in society as reasons why Catholics can be pro-abortion rights, despite the teachings of the church.

It is ghoulish to take a poor, Black teenager who slept with a guy one time and never saw him again, and force her to have his child, raise the kid, and live a life of poverty, bereft of her own dreams, because she made a mistake, so that self-righteous church ladies can feel good about their own youthful fantasies. That teen deserves to be treated with dignity, compassion, and grace. Many churches in America lack the capacity to offer it. Shame on them.

It is equally ghoulish to take that same girl and subject her to an indoctrination of “you must have an abortion” complete with the antiseptic emotionless Soviet-style perfunctoriness of a calf being slaughtered. Most abortion clinics are so emotionally disabled that they are incapable of showing the least bit of compassion, empathy or love. If your job was to terminate motherhood all day long, it would turn you into a ghoul too.

The managers and purveyors of these clinics have inured their souls to heinous sin and death. The political scum who support them are worse than they are, because they are removed from the bloody work.

There is a way of compassion, teaching, gentleness, kindness, and grace that allows people the dignity of their own emotions. Giving up a child, whether by abortion or adoption, is an emotionally damaging event for the mother. It is ghoulish to turn it into a battle between legalistic sin and Soviet-style duty to kill a baby. Not to mention the death of the child inside her is a moral travesty.

I am pro-life, 100 percent. But that doesn’t mean I believe that the policy in America, a country of sinners, run by sinners, needs to be puritanical about locking up expectant mothers who get one, or jailing doctors who perform them. America’s terrible history of abortion being driven by extremists—hypocrites all—has produced a nation of ghouls.