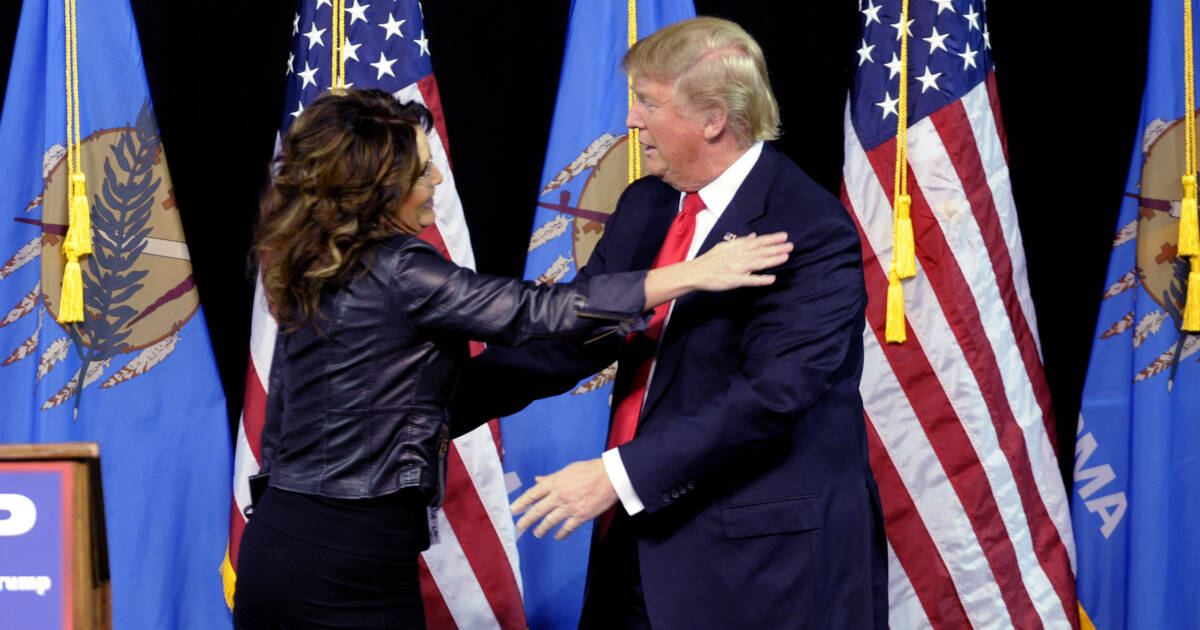 Former Vice Presidential candidate and Governor of Alaska Sarah Palin has officially announced she will be running for Congress, hoping to fill the House seat of the late Rep. Don Young, (R-AK). Palin released a statement, saying “public service is calling.”

“I’m announcing my candidacy for the U.S. House seat representing Alaska,” Palin announced Friday night just 10 minutes before the deadline to register for the race. “Public service is a calling, and I would be honored to represent the men and women of Alaska in Congress, just as Rep. Young did for 49 years.”

“Sarah lifted the McCain presidential campaign out of the dumps despite the fact that she had to endure some very evil, stupid, and jealous people within the campaign itself. They were out to destroy her, but she didn’t let that happen,” Trump said. “I am proud to give her my Complete and Total Endorsement, and encourage all Republicans to united behind this wonderful person and her campaign to put America First!”

Palin shared the endorsement on Twitter, saying “Thank you President Trump! Honored to have your support in our campaign for Alaska!”