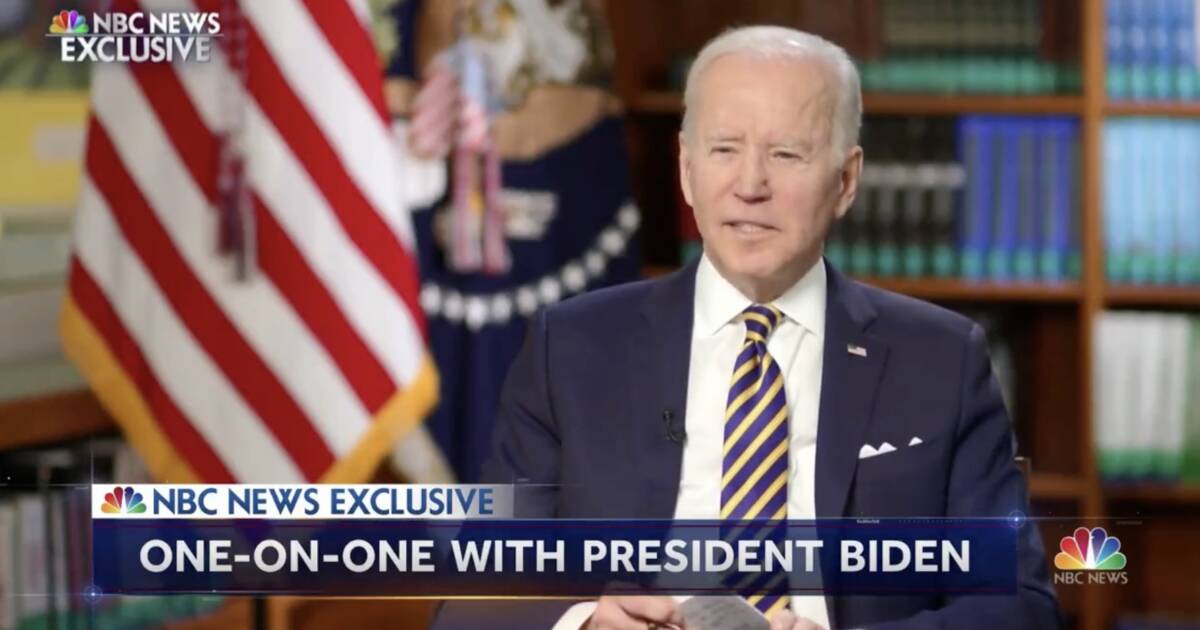 President Biden sat down with NBC’s Lester Holt to play a little softball; Joe still managed to blunder his way through the interview on everything from Afghanistan to inflation. In fact, Joe got a little aggravated when Holt reminded him that his administration said inflation would be temporary. Transcript and video below:

HOLT: I think it was back in July, you said inflation was going to be temporary. I think a lot of Americans are wondering what your definition of temporary is.

BIDEN: Well, you’re being a wise guy with me a little bit. I understand that your job, but look at the time what happened was the– let’s look at the reasons for the inflation. The reason for inflation is the supply chains were cut off, meaning that the products for example, automobiles, the lack of computer chips to be able to build those automobiles so they could function they need those computer chips. They were not available. So what happens? The number of cars were reduced, new cars reduced. It made up at one point, one third, the cost of inflation because the price of automobiles were up. So what I did when I went out and made sure we started to make those domestically. We got intel to come in and provide $20 billion to build a new facility. A number of organizations are doing the same kinds of things.

HOLT: When can Americans expect some relief from this soaring inflation?

BIDEN: According to Nobel laureates, 14 of them that contacted me and a number of corporate leaders. It’s ought to be able to start to taper off as we go through this year. In the meantime, I am going to do everything in my power to deal with the big points that are impacting most people and their homes.