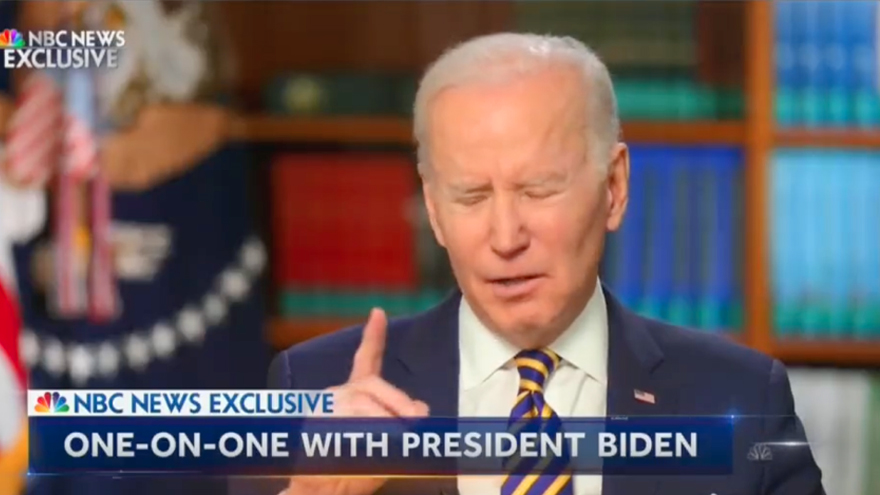 “I’m not trying to make a diagnosis,” Jackson said, “but I think the whole world sees that he’s having some issues. He’s struggling cognitively. It’s not a good time to have a commander-in-chief and a head of state that’s having these particular issues. I think there’s something going on … it’s a national security issue at this particular point.”

“Biden is unable to articulate the major foreign policy objectives of his administration,” Jackson tweeted. “Everytime he tries, the White House swoops in to ‘correct’ what he said. He has NO IDEA what’s going on. His cognitive decline is TOO MUCH. Time to RESIGN!”

“Is Joe Biden losing it? He’s always had ‘gaffes’ but what we’re seeing is something different – something WAY WORSE,” Jackson later added. “He’s LOST. This is dangerous. He needs a COGNITIVE EXAM immediately!”