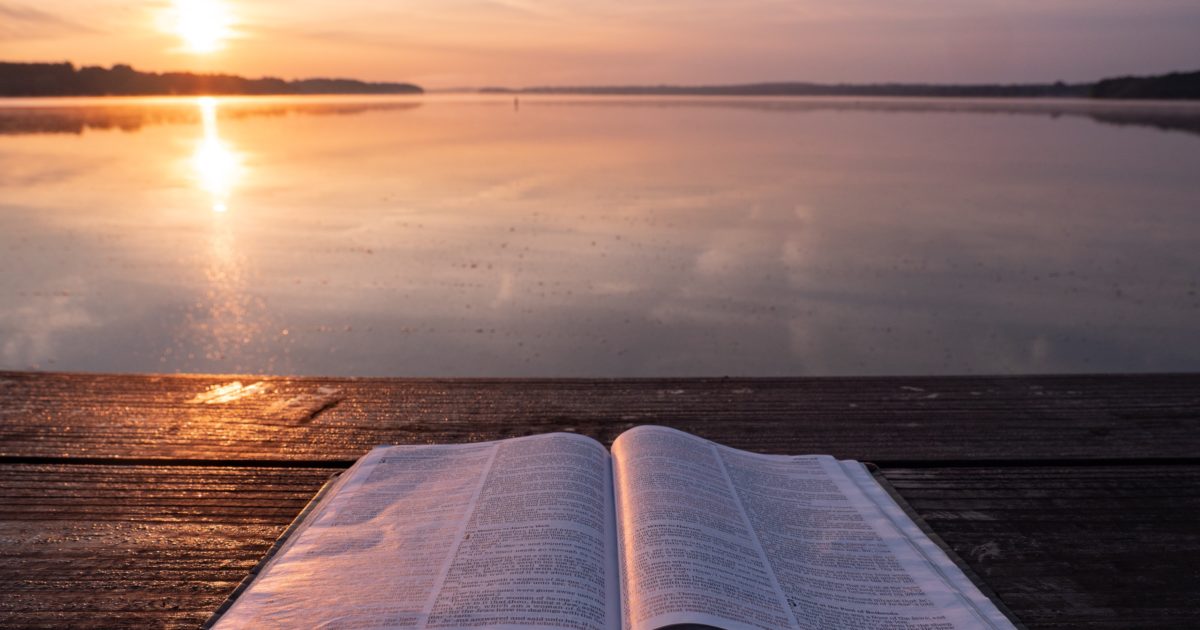 Joe Biden campaigned on reversing many of the core efforts made during President Trump’s term. We can look forward to lax immigration controls, amnesty or even citizenship for illegal immigrants, plenty of critical race theory pandering, some kind of government healthcare expansion, and globalism galore on the political front.

That is, if all goes according to the sausage-making recipe, which means each state’s election results get certified by December 8, the deadline for resulting state election disputes; the electors vote on December 14; and the Senate and House jointly meet on January 6, 2021 to count the electoral votes. It’s still not clear that these timelines will be met.

President Trump has vowed to file more lawsuits, and Sen. Ted Cruz, a constitutional scholar himself, said he thinks the president “still has a path to victory.” The president tweeted “since when does the Lamestream Media call who our next president will be?”

The answer is: the same media that dismissed Trump’s effort to delay the election’s probable outcome as “the final gasp.”

Given that Trump’s path to victory is a longshot, and even if he somehow forces it into the Supreme Court, half the nation (plus California) will reject his claims outright, it’s likely what the media has called (including non-partisan election watchers at Decision Desk HQ) a Biden victory, fair and square, we will be facing a Biden presidency.

This raises a question that many of us struggle with: As a Christian, what should I be doing right now to navigate these murky waters?

I hate listicles, but I am going to do one since it’s about the only way I can answer the question. So let me offer five things we should be doing, some of them mean not doing, right now.

Motivated secularists think that Christianity is nothing but two thousand years of bias confirmation and cults of personality. The Bible is filled with prophecy and every generation thinks its time is the time prophesied for the return of Jesus, or the worldwide revival, or the coming of the anti-Christ.

However, the main command our Lord has given us is to “go and make disciples of all nations, baptizing them in the name of the Father and of the Son and of the Holy Spirit, and teaching them to obey everything I have commanded you.” (Matthew 28:19-20). As Jesus taught in the parable of the nobleman and the Ten Minas, we are to “occupy till I come,” or do business with what we are given until His return.

We must seek the truth in what’s going on with the election, and our nation, and avoid bias confirmation. We know that the mainstream media is against Donald Trump and would love him to just give up. We know that it’s not Trump’s nature to give up. We know a lot about our election system (most of us vote). The question is, are we prepared to believe the worst conspiracies about the secular left and the corruption of the very instruments of our democratic process?

In a Biden administration, there will be many angry Democrats seeking revenge against anyone who remotely supported or defended Trump. But the truth is many voters are simply burned out of politics and news.

The duty of a Christian is to depend on evidence and faith. Therefore, we must not descend into dark conspiracies on either side of the election issue. And if the election goes to Biden, seek the truth. Many times that means not believing the mainstream media, which spins like a neutron star for its primary client, the Democratic Party.

We will have to resist both the siren song of conspiracy and humming the tune the media is playing.

Just because someone doesn’t agree with you doesn’t mean you have the right to attack them personally. It’s line that’s hard to walk, but take for instance my friend David French’s response to televangelist Kenneth Copeland laughing at the media for declaring Biden as president-elect.

Right Wing Watch loves to troll Christians, and Kenneth Copeland is very trollable as almost a caricature of the pampered televangelist with a private plane and a large compound in Texas. The one phrase French used, “I hope I’m wrong,” offers some grace in the situation. Why did Copeland laugh? Because the media takes itself far too seriously, not necessarily because they are right or wrong about the mechanics of this election.

The media really does believe its “call” of the election is the final word. I think Trump lost, fair and square, but we should not attack those who don’t think that, because their disbelief is rooted in a deep–and well-earned–distrust of the media.

I know people who believe that Bill Gates is trying to sneak the Mark of the Beast into a COVID-19 vaccine. I think that’s a fringe conspiracy not worthy of consideration, knowing what Gates is about (even if I don’t agree with him on politics, he’s a decent, smart, and charitable man). As a Christian, it’s imperative to resist attacking those people, because the secular left is merciless in their portrayal of the dumb, brainwashed Christian.

We should also take the same care in not attacking those who genuinely want revenge on Trump supporters. Yes, they hate us, but the Bible enjoins us to love our enemies.

In a Biden administration, we will need to continue influencing American culture and morals through love, respect and grace. This isn’t hard if done by Biblical principles. In the flesh, we want revenge and power. In the Spirit, Christians have all the power we need to promote liberty. Look at Justin Amash’s comment on Biden’s speech.

Amen. Biden’s speech had some red meat for his supporters (after all, it was primarily for them), but offered an olive branch to Trump voters. Mutual respect and trust among leaders is paramount. Trump never got it except from those who literally worshiped him, which in itself is troubling. With Biden, I think Christians have an opportunity to promote a time of healing through grace, forgiveness, and repentance.

Former President George W. Bush offers a profile in grace by a Christian who led the nation, and was absolutely despised by the secular left. He wrote “I extended my warm congratulations and thanked him for the patriotic message he delivered last night.”

Bush “offered him the same thing I offered Presidents Trump and Obama: my prayers for his success, and my pledge to help any way I can.”

We might want some of Biden’s policies to fail–to fail in the sense he doesn’t implement them, which is why we have a voice in Congress–but we should not want Biden the man, as president, to fail. This has been the position of the partisan left for four years (or decades). They not only want the policies of Christians like G.W. Bush or Mike Pence to fail, but they want those people (and Trump) to personally fail.

There is no grace in cancel culture. There is no redemption. Christ offers both and we must use these powerful weapons of the Holy Spirit.

Megyn Kelly got part of her take right, but she’s wrong.

We should hug those who hate us. And with grace, we can.

I won’t spend a lot of time with this one. Loving people, embracing their personal success, and the success of the nation, doesn’t mean being a doormat.

There’s a primary election coming in January to decide control of the U.S. Senate. Both Georgia Senate seats are up for grabs, and Democrats intend to grab them. I firmly support Sens. Loeffler and Perdue, and will do everything I can to keep them in office.

That being said, I think Rev. Warnock might not be a horrible person in the Senate, being a Christian and a pastor. But he would be in lockstep with many Democratic priorities and I fear he would wobble and fall on issues precious to me as a believer in Christ.

I will not waiver in my support for the sanctity of life and the protection of the unborn. Abortion is evil in all its forms.

I will not waiver in my belief that God created man and woman, in two genders, two sexes, and only two. We do not have the moral right to monkey with what God has created, even if we have the medical technology.

I will not waiver in my belief that the family is sacred, that the father is the priest of the home, that children are a blessing, not a population bomb, that man is the steward of the environment, and we should promote environmentalism, but not earth-worship.

I will not waiver in my belief that a core tenet of communism is atheism, therefore nations like China are enemies of the Gospel in all ways. Many outlaw nations are not America’s friends and we must always be vigilant of their intent.

These are not items in which I’m willing to compromise, regardless of my love, prayers, and mutual respect for a Democrat in office. Or for Donald Trump, for that matter.

Finally, we know God is over all. Psalm 2.

Why do the nations conspire
and the peoples plot in vain?
2 The kings of the earth rise up
and the rulers band together
against the Lord and against his anointed, saying,
3 “Let us break their chains
and throw off their shackles.”

4 The One enthroned in heaven laughs;
the Lord scoffs at them.
5 He rebukes them in his anger
and terrifies them in his wrath, saying,
6 “I have installed my king
on Zion, my holy mountain.”

7 I will proclaim the Lord’s decree:

He said to me, “You are my son;
today I have become your father.
8 Ask me,
and I will make the nations your inheritance,
the ends of the earth your possession.
9 You will break them with a rod of iron;
you will dash them to pieces like pottery.”

10 Therefore, you kings, be wise;
be warned, you rulers of the earth.
11 Serve the Lord with fear
and celebrate his rule with trembling.
12 Kiss his son, or he will be angry
and your way will lead to your destruction,
for his wrath can flare up in a moment.
Blessed are all who take refuge in him.

Why should we worry? We take refuge in the King of Kings, and we are blessed. Jesus triumphed over Satan, and the enemy has no power over our Lord. The Holy Spirit lives in believers, and we have power to love, to pray, and to prophesy in the name of Jesus.

Whether Donald Trump somehow succeeds in throwing a large wrench into Biden’s victory, or Biden takes office on January 20th, we are not to fret over such temporal things. We are to bloom where we are planted and seek the welfare of the city where we live. We are to love our neighbors and take care of them. We are to pray for our leaders, for the heart of the King is in the Lord’s hands.

We are joyful people, not venomous. If we rest in God, we will prevail, because He has prevailed. Therefore I will not worry about who wins, though I will stand for God’s principles.

This is just one season, and it too shall pass. With hope, we will work together to “occupy until he comes,” in the best works of the Lord, and we will rejoice at the marvelous light we hold dear.