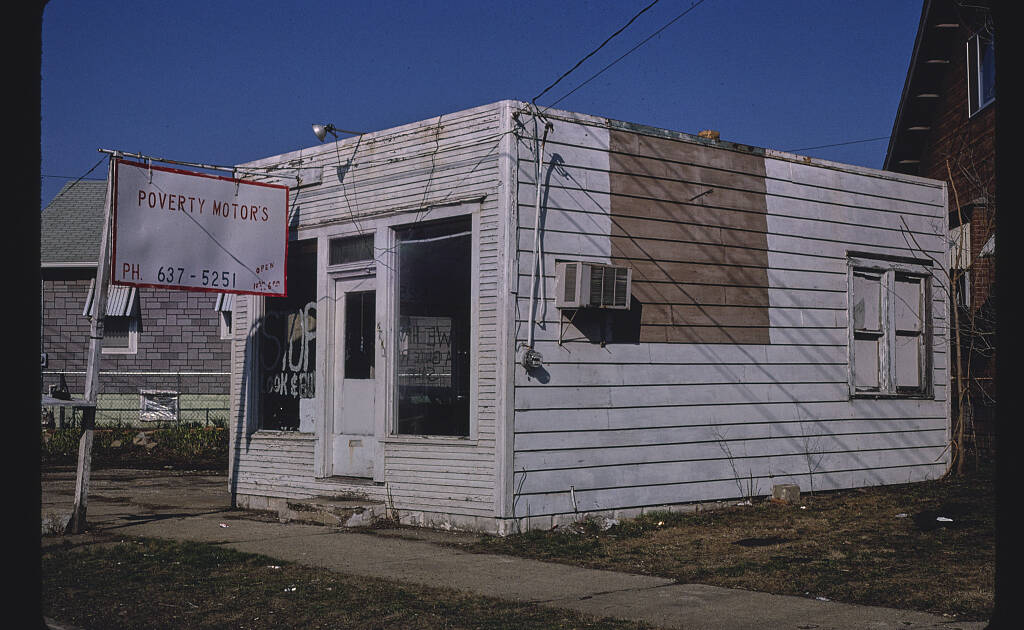 An advisory committee of educated ignoramuses in San Francisco recommended that practically every Black person in the city, with few exceptions, receive $5 million from the government in reparations. The fact they failed to even touch on the repercussions of handing that kind of cash to people is the apotheosis of the spirit of the age in 2023. You don’t get what you need, but you get an overflow of what you want.

The gap between wants and needs is a theme that requires no explanation, though Mick Jagger and The Rolling Stones have always done it some justice. That gap, like voltage in an electrical circuit, is what really drives human society in what I guess we’d call “progress.”

A one sentence lesson in microeconomics: Filling needs with wants, and wanting things are the most basic concepts—supply and demand. Everything else in society—how we organize, govern, provide and distribute—follows from the drive to bridge that gap. People are imperfect conductors of production and want. In fact, the whole study of economics and government is really just the history of our short-circuits. In 2023, I think we’re gonna blow a 50-amp fuse.

Don’t think I’m being pessimistic or overly dramatic; there’s ample history backing me up here. Lately I’ve been refreshing myself with some alternate viewpoints and some badly needed perspective, catching up on reading I’ve been remiss about for a while. I started with Kristin Kobes du Mez’s “Jesus and John Wayne,” followed by Bono’s masterpiece “Surrender: 40 Songs, One Story,” and now I’m in the middle of Matthew Continetti’s “The Right: The Hundred-Year War for American Conservatism.”

Somewhere between turning 50 and getting closer to 60, I’ve learned that where people stand in their political, economic, and spiritual values largely depends on their view of history, and the motivations behind events. Someone who unquestioningly believes the 1619 Project’s version of American history is going to have a much different stance on current events than someone who devoured George C. Rable’s “The Confederate Republic” in one eager bite. I have found it’s always better to read books by authors with different—even opposed—perspectives than mine.

The three books I mentioned (none of them written before 2020) share many of the same characters, real people, actual historical events, actions and history; yet they are so different in their reading of those events, and the motivations of the people involved. Depending on your viewpoint, you could see the outlines of conspiracy to capitalize on Christian fears, weaken the authority of traditional church denominations and government institutions, or you could see the very same people trying to carve coherent policy and principle while desperately searching for fellow travelers. I guess I’ve learned that there are scoundrels among both the liberals and the conservatives; there are paranoias, petty jealousies, snubs, slights, and biases that infect us all. Public life becomes grown-up middle school.

Beyond that, the essence of government, economics and politics is not some theory of value of labor, or money. “Values” and “value” are deeply ingrained cultural foundations, as are “vice” and “virtue.” American versions of these foundations are not easily torn down and rebuilt. We do, however, find ways to swap labels around quite a bit. Today’s classical liberal is yesterday’s “me too” Republican. Today’s rabid libertarian is yesterday’s—well, that didn’t change. Today’s progressive leftist is yesterday’s Billy Sunday, preaching a gospel of “save the planet” instead of “save your soul.” Aside from some enduring hatred of Jews and fear of east Asians, which seems to come from all political directions, history is mostly moving the pieces from one player to another.

American ignorance and want and discipline failures are not the same as other cultures. Other societies deal with these in very different ways; for example, in Russia, ignorance is almost a virtue because you can’t be a fatalist if you know what’s ticking inside the machine that decides what’s going to happen next. In Russia, want is a constant, and having too much has always come with the risk of falling out an errant window, or disappearing along with your family.

But I am here to chat about America, a pluralistic, rich, democratically-run society where fatalists come to escape their fate. And in America, we go through cycles, every few decades, or about the time when the generation coming into power forgets what the generation of their grandparents had to deal with. And we’ve pretty much been “here” before. We’ve blown this fuse before.

In the 1960s, we had the confluence of domestic strife, political assassinations, a foreign war, and an overarching fear of nuclear war. Worse than that, the “red scare” had morphed from containment and McCarthyite rooting out of spies, to preventing a “domino” effect in the western hemisphere. One of the biggest anti-communists coming into the 60s was actually JFK, who agreed on most foreign policy goals with the far-right conservative Barry Goldwater. Goldwater also knew Lyndon Johnson from his time in the Senate, yet could not stop Johnson from destroying him using the media. At the same time, conservatives cheered Goldwater because he represented the educated elite’s principles better than the wishy-washy Nixon or the middle-of-the-road Eisenhower.

But the “right” always had its extremists, just like today. In the 1960s, we knew that forcing school integration would lead to busing, and we knew that the reaction to busing would be violent and racially charged (in places like Boston, supposedly the beating heart of educated racial tolerance). The biggest opponents of integration were not the educated, who understood the evil of racism, but the ignorant, who only saw their own worldview being crushed under the government’s foot. The anti-government radicals of the 1960s didn’t call themselves “antifa,” they were the Black Panthers and the Weather Underground (really, forerunners of today’s versions), which colored the politics of the centrist Democrat Barack Obama, who, in retrospect, wasn’t that much different in practice than his predecessor George W. Bush.

On issue after issue, this has always been the cycle. Conservatives are supposed to loathe big government and centralized power. But at times, the big foot of government has to come down or we end up with anarchy and populist extremism. The public won’t tolerate a lack of law and order when it threatens their own back yard. Plus, liberals, in power, react to social injustice, economic hardship, and violence with more government intrusion. Eventually, intrusion pushes those who were longtime supporters of liberals causes back to the conservative fold, splitting the left. Then the right takes hold of their “new” constituency, and promptly goes to war with itself in strategy versus tactics. And the cycle repeats.

For example: education. Civil rights legislation and forced integration pushed government more and more into schools. Then we reached a sort of tipping point in the last few years, where school boards decided it was more important to have specifically engineered racial outcomes than to actually educate children and allow real opportunities for excellence. When a school board abolishes testing to get into a gifted program, it ceases to be gifted. When a school board goes on a Taliban-like spree of history erasure, even to the point of accusing Abraham Lincoln of being a racist, it ceases to care about education over virtue signaling.

These excesses are not conspiracies, but they are a failure of discipline, and the working out of ignorance by some supposedly educated people. The public reacts accordingly when faced with such stupidity combined with power. They exercise a greater power and throw those people out of office. Or they elect someone from the other party.

And here’s the thing: nobody is in charge of some dark conspiracy, on either side. Oh sure, there are some long-toothed issues like the definition of marriage, gay rights, and the balance of the religious right of free association versus public accommodation. These have actually always been in tension, from the time of the Puritans, but it’s been different groups carrying different torches (and sometimes, idiots carrying tiki-torches).

Every 50 years or so, the parties end up swapping their constituencies. The Dixiecrat south became the defenders of racial justice. The party of Lincoln and abolition became a protectionist, nativist mob. The real battle isn’t between the political parties, which morph based on their own self-interest. The real battle is against ignorance and how to best satisfy the gap between needs and wants.

So where are we today?

Frustrated, ignorant, in need, and overflowing in want.

American government, at just about every level, is seized and cannot get anything done. What the government does “get done” is frequently blocked by courts, that most of the time (thankfully) do the right thing. The only leader Democrats seem to have is an 80-year-old who tells so many untrue stories about his life that it’s doubtful he even knows what’s true. The only leader Republicans can produce has shown himself to be a wannabe-dictator, and they can’t get free of the guy.

The cycle we’re in is one of big government handing out money like candy, but without the value behind it to buy the things we need. We can have iPhone 14s but eggs cost $8 a dozen. Republicans cheer when the economy flails as long as Democrats are in charge, and vice versa.

Then as each party deconstructs itself, leaders claim an existential crisis, as USA Todaynoted.

Bobbie Kilberg, a former strategist for presidents Richard Nixon, Gerald Ford, George H. W. Bush and George W. Bush, fears today’s infighting could lead to one-party rule – and not in the favor of her GOP. “If we can’t right the ship this year, by 2024 Democrats will win up and down the ballot,” she said.

It won’t happen, of course, because Democrats don’t have the discipline to rule anything without flying into extremist ignorance. The only way we ever make progress is by the self-destructive process that moves each party to its own cliff edge and then over the cliff, while the other watches with glee and picks up the wreckage. It’s really how a pluralistic democracy has to work, given human failings. Historically it’s the only way anything has ever gotten done in Ameriuca: messy, ugly, balancing ignorance and want with needs. Like a broken clock, we pass the “correct” time every so often and we tick forward just a bit more than we fall back.

The GOP’s fate was sealed the moment Donald Trump won the nomination for president in 2016. The Democrats can’t govern their way out of a mall food court.

Said Kilberg: “You almost need to crash and burn and start again.”