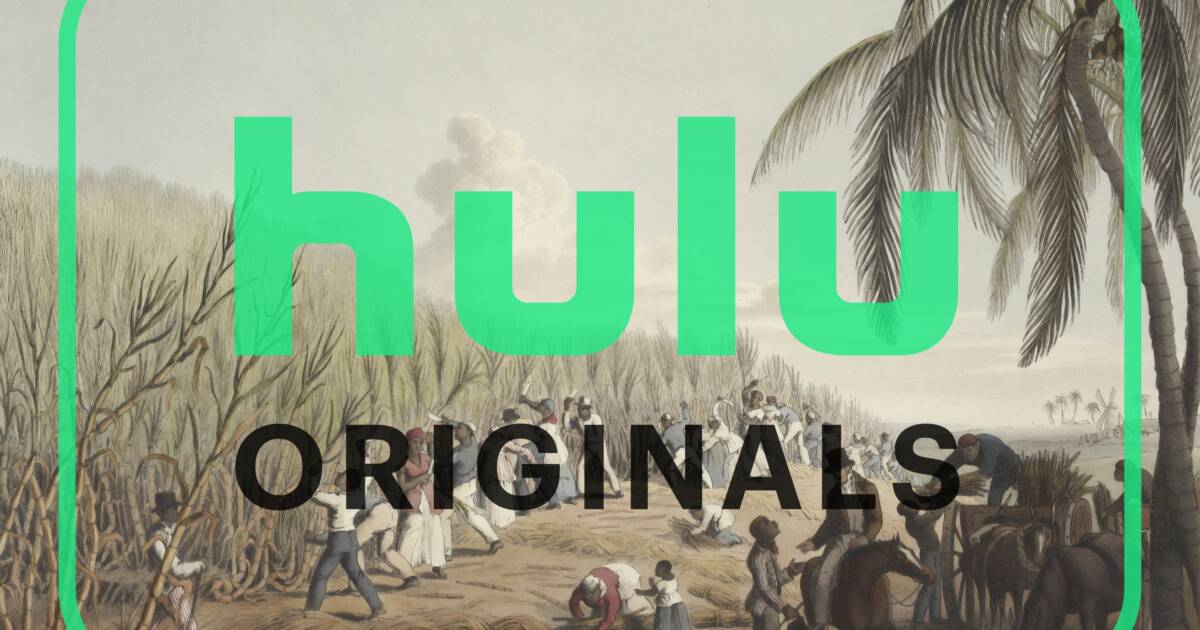 A month ago, Hulu announced it would air a six-part “docu-series” called “The 1619 Project,” based on Nikole Hannah-Jones’ eponymous essay published in the New York Times Magazine. From Variety:

Hosted by Hannah-Jones, “The 1619 Project” seeks to reframe the country’s history by placing the consequences of slavery and the contributions of Black Americans at the very center of our national narrative. The episodes — “Democracy,” “Race,” “Music,” “Capitalism,” “Fear” and “Justice” — are adapted from essays of Hannah-Jones “The 1619 Project: A New Origin Story” and examine how the legacy of slavery shapes different aspects of contemporary American life.

The problem here is the same one the New York Times tried to hand-wave away when “The 1619 Project” was first published. While it “raises issues,” it’s just not true in a coherent, fact-based historical way.

Historians who have studied the origins of the United States pointed out many large, gaping holes in Hannah-Jones’ assertions of fact. The New York Times published their “strong reservations,” along with its own response. Here’s the crux of the historians’ objections:

On the American Revolution, pivotal to any account of our history, the project asserts that the founders declared the colonies’ independence of Britain “in order to ensure slavery would continue.” This is not true. If supportable, the allegation would be astounding — yet every statement offered by the project to validate it is false. Some of the other material in the project is distorted, including the claim that “for the most part,” black Americans have fought their freedom struggles “alone.”

The NYT’s editors, wiping egg from their faces, offered this weak reply: an appeal to their own authority as journalists, and an appeal for mercy at their failure at trying to appear as historians. The editors felt that being an honored and recognized journalist somehow makes up for the lack of credentials or any expertise at conducting and presenting historical research. Newspaper editors frequently feel this way, since they typically cover stories about which they know next to nothing, except who to call first in a rush to meet deadlines.

The project was intended to address the marginalization of African-American history in the telling of our national story and examine the legacy of slavery in contemporary American life. We are not ourselves historians, it is true. We are journalists, trained to look at current events and situations and ask the question: Why is this the way it is? In the case of the persistent racism and inequality that plague this country, the answer to that question led us inexorably into the past — and not just for this project. The project’s creator, Nikole Hannah-Jones, a staff writer at the magazine, has consistently used history to inform her journalism, primarily in her work on educational segregation (work for which she has been recognized with numerous honors, including a MacArthur Fellowship).

Hannah-Jones made an attempt to tell a story of America with slavery at its center (like many who object to the America-centered Mercator projection and have substituted the Africa-centric Peters projection in classrooms). But even supporters of that effort noted that it’s not based on facts, and if it were factual, the consequences of such a discovery would be devastating to our culture.

The “1619 Project” is really a conspiracy theory that white supremacists founded the United States of America, and from the beginning their motive was primarily, if not exclusively, the promotion and preservation of chattel slavery—with Black Africans as victims of cruel colonialists. By presenting such a distorted view, it was hoped that some white Americans would look at their lives from the position of privilege built on the conspiracy to oppress Blacks, even if they knew that the facts themselves were being distorted to make that argument.

This reminds me of Henry Ford and “The International Jew.” Around 100 years ago, Ford dabbled in publishing. His paper, the Dearborn Independent, was available to every employee working at Ford’s auto plants, and on its front page every week appeared a series entitled “The International Jew: The World’s Problem.” The articles sought to paint the world’s history with the Jews at the center of a conspiracy of global domination. It was based on the antisemitic book “The Protocols of the Elders of Zion,” a notorious tome filled with falsehoods and invective against Jews.

Some of Ford’s defenders hand-waved his bigotry away by substituting “bankers” and “financiers” for Jews—that Ford simply distrusted the financial system he (and many others in that time) felt controlled too much power, profiteered from bloody wars, and offered an urbanist, cosmopolitan future which was anathema to WASPS like him. Perhaps some Jews were war profiteers and speculators. Perhaps some were rich bankers, like the Rothschilds. But there were also plenty of war profiteers who were not Jewish, and plenty of speculators, market manipulators, globalists and bankers who shared Ford’s disdain for Jews. There was also no shortage of poor Jews fleeing pogroms in an unstable and revolutionary Russia (think Tevye).

Presenting to his thousands of employees a vision of worldwide Jewish conspiracy, promoting views that led to hatred and even violence, was not a price in any way justified by saying it’s worth looking at the ultra-rich, powerful money men in a more critical light.

In essence, Hulu is doing Ford’s work with “The 1619 Project.” If the core of American history is the story of a vast, white conspiracy to cultivate slavery, then of course, any price is worth the justice derived from exposing and punishing the perpetrators. Of course, it’s not. Many white Americans opposed slavery, from the time of the first colonies through to the end of the Civil War, and straight through to the civil rights marches and ultimately laws protecting racial minorities from even the trappings of bigotry. Many white Americans gave their lives—willingly—to the cause of ending slavery, and preserving the essential dignity of their brothers and sisters whose skin melanin happens to give them a darker hue. The conspiracy of “1619” dishonors them.

Plus, even if it were somehow a good deed to offer a reframed narrative of American history from a slave’s viewpoint (where no white man can be called “good”), what good will it do? Controversial investigative journalist Jesse Singal’s essay in the New York Times asked the question “What if Diversity Trainings are Doing More Harm Than Good?” The “if” part is answered “yes, they are” in case you are wondering.

If diversity trainings have no impact whatsoever, that would mean that perhaps billions of dollars are being wasted annually in the United States on these efforts. But there’s a darker possibility: Some diversity initiatives might actually worsen the D.E.I. [Diversity, Equity, Inclusion] climates of the organizations that pay for them.

In the case of D.E.I., Dr. Dobbin and Dr. Kalev warn that diversity trainings that are mandatory, or that threaten dominant groups’ sense of belonging or make them feel blamed, may elicit negative backlash or exacerbate pre-existing biases.

Many popular contemporary D.E.I. approaches meet these criteria. They often seem geared more toward sparking a revolutionary re-understanding of race relations than solving organizations’ specific problems. And they often blame white people — or their culture — for harming people of color. For example, the activist Tema Okun’s work cites concepts like “objectivity” and “worship of the written word” as characteristics of “white supremacy culture.”

If workplace, school, and institutional training in diversity, taking the form of a blame-the-white-race narrative, cause more harm in their backlash, then what can Hulu expect from its “1619 Project” docu-series?

Presenting such a warped and distorted view of history, which has already been picked over for historical infidelity to truth, will only increase the polarization and isolation of America’s racial groups. It will add nothing useful to the discussion except more fodder for online trolls, discussion television like “The View,” and talking heads on all the networks. It’s already creating content for Fox News and MSNBC.

Just remember if you watch the show, that you’re watching Disney/Hulu present something about as truthful as “The Protocols of the Elders of Zion” but even more cynically than Henry Ford. Ford didn’t do it for the money.