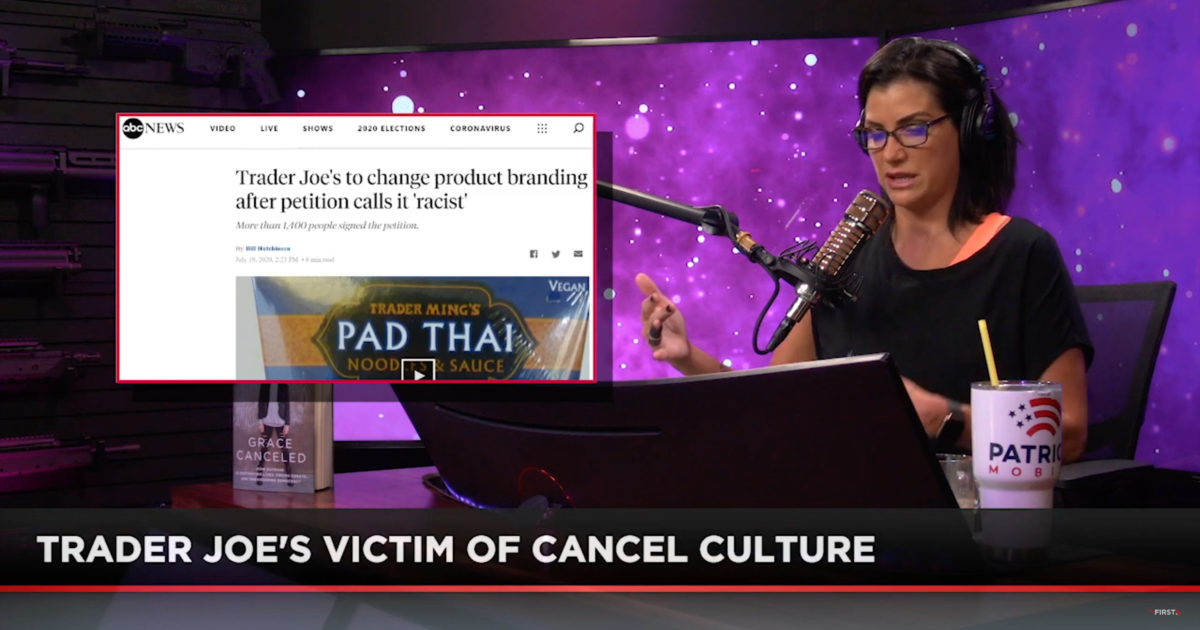 Dana Loesch revealed on Monday that Trader Joe’s is being “cancelled” after a petition was started over light-hearted cultural references on some of their food labeling.

But the California-based grocery store chain was ready for the mob as they responded to complaints by saying that the company has been working on revamping the labels in question “for a while now.”

Loesch explained that Trader Joe’s so-called “racist” behavior revolved around the company’s use of phrases like “Trader Ming’s” for Chinese food, “Trader Jose” for Mexican food, and so on.

Dana put forth a question to petitioners: “What’s your point?”