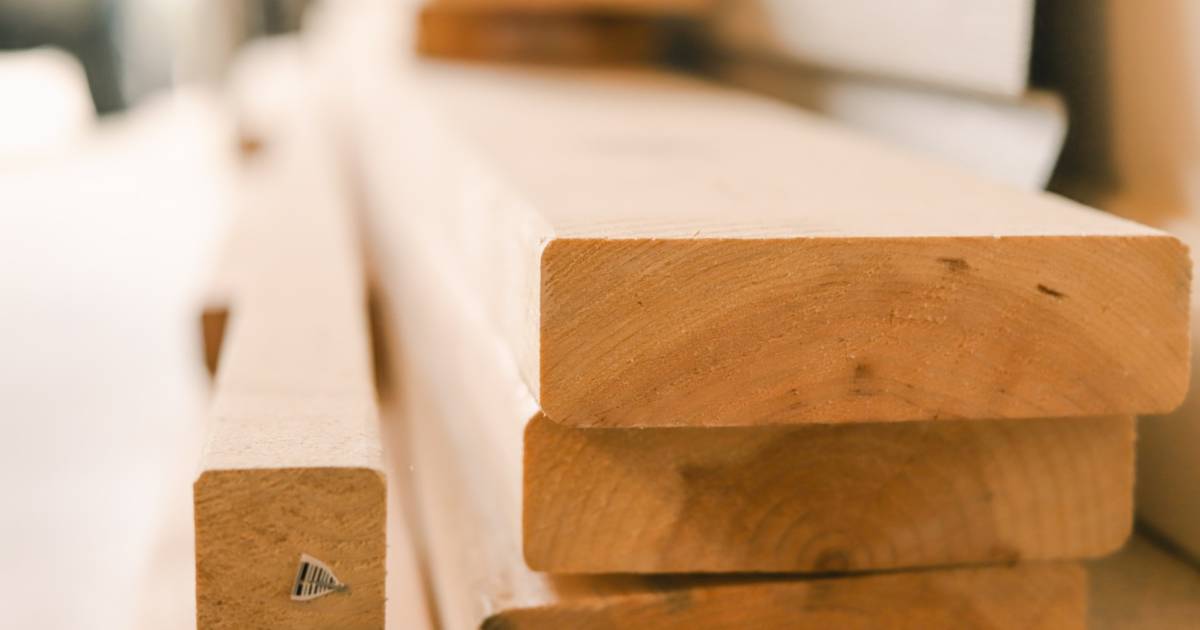 Over the past few weeks, I’ve heard people complain about the high cost of lumber both online and offline. I work with several guys who are into woodworking and one was recently bemoaning the cost of replacing rotten wood on his deck. The online commentary had the same basic thrust but tended to be more clever. For instance, one wag claimed to have reclaimed a shabby chic coffee table for its 2x4s.

The obvious question is lumber prices have risen to treetop levels much higher than their pre-pandemic values Is the spike a harbinger of inflation to come or are other factors at play? The reason for high lumber prices may have us irked, but it shouldn’t stump us.

One tell is that lumber prices have increased at a much faster rate than the rest of the economy. NASDAQ’s data on lumber prices shows that the current price is roughly triple the pre-pandemic level and about seven times higher than the April 2020 low. In contrast, last month the year-over-year inflation rate was 4.2 percent with an adjusted rate of 2.2 percent.

The National Association of Home Builders notes that the increase is not a trivial one. The higher price of lumber adds about $36,000 to the cost of building a new single-family home. That translates into either more debt for home-buyers at a time when mortgage rates may soon be increasing or settling for a smaller home.

The NAHB also points out that there are multiple causes for the high prices that include “increased demand and supply-side constraints” such as “insufficient domestic production and extremely large lumber mill curtailments that lasted well into the 2020 building season.”

As we discussed last week, inflation can be caused by both supply and demand pressures. In the sense that inflation is rising prices that erode spending power, the lumber price spike is definitely inflation. However, the construction of the lumber industry (which is wood-frame, of course) is not representative of the economy as a whole and don’t necessarily portend more broad inflation.

A big part of the lumber problem is that many sawmills shut down in 2020 partly to avoid infecting workers and partly to avoid a supply glut as the economy slowed due to COVID-19. When the mills resumed operations, new safety protocols slowed production.

CNN notes that the expected housing slump never hit and that the constriction in supply, a knot in the wood if you will, led to a shortage. New housing starts, boosted in part by low interest rates, increased by seven percent in 2020 despite the pandemic.

At the same time, as more people spent more time at home, including working from home, they needed more space and wanted to make renovations. Home repairs that had been put off were suddenly a higher priority since many people weren’t spending their nest eggs on eating out or going on vacation. This caused the housing and furniture markets to increase demand for lumber faster than a beaver on meth at the same time that supply was being constricted.

At the same time, wildfires in the western United States further reduced the supply of wood. The Capital Press reports that fires in Oregon alone killed 15 billion board-feet of timber, which would be enough to build 1 million homes.

On top of all that, President Trump’s tariffs increased the cost of importing lumber to relieve supply problems. Lumber was among the US agricultural products that were subject to Chinese retaliatory tariffs before the pandemic. Quartz notes that Trump’s tariffs included taxes on imported finished goods such as furniture, which further reduced demand for lumber and weakened the industry.

Imports of raw lumber to the US were also subject to tariffs. The Trump Administration subjected Canadian lumber to a 24-percent tariff in 2017. Even before President Biden took office, this tariff was reduced to nine percent in December 2020, but the damage was already done. It may take several months for the tax cut to be reflected in lumber prices.

A second relevant question is how long lumber prices will stay elevated. Analysts suggest that it will be a while before we get relief.

Even though production is currently at a 13-year high, it will take time for supply to catch up with demand. New sawmills are being built but that takes time.

A related question is whether demand will remain strong or if it may decline as people get back out into the world and find other uses for their money. If demand drops as new sawmills come online, the price of lumber could “splinter” quickly.

Conversely, Anirban Basu, chief economist for the Associated Builders and Contractors, seems to think that Duncanson’s prediction is all bark and no bite. Basu recently said, “Lumber prices should begin to decline later this year, perhaps by the fall. When prices begin to decline, the correction could be significant, especially if mortgage rates rise meaningfully in the context of extraordinarily rapid economic recovery.”

Other economists take a middle view that prices could return to normal levels in about 18 months.

The good news is that the lumber price spike is due to factors that are particular to the lumber industry and likely does not indicate inflation for the general economy. The bad news is that, if you want to build a home or start a major improvement project, you may have to leaf it alone for a while or either budget significantly more than you had planned.

If you have the money and you are board sitting at home, then go ahead and start your project. However, if you can wait a few months, you’re likely to get more bang for your buck.

In the meantime, if you see any wooden nickels, feel free to take them. At the moment, they might be more valuable than their metal counterparts.