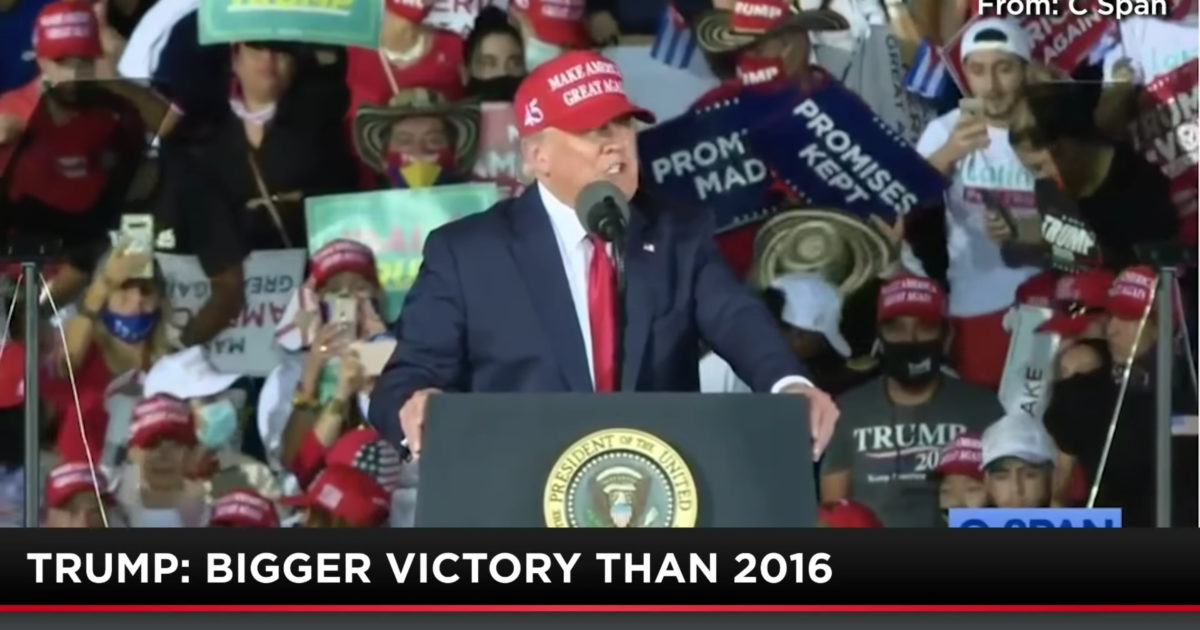 President Donald Trump spent his Election Day eve criss-crossing America in a final push to win over swing state voters but will it be enough?

Jesse Kelly played footage Monday night from one of Trump’s rallies in which he predicts, “We’re gonna have an even bigger victory” than 2016.

He also showed the video of Trump adviser Jason Miller predicting 290 electoral votes on election night and saying that the president will get over twenty percent of black male voters.

“Joe Biden has to stop President Trump in four out of four states.”