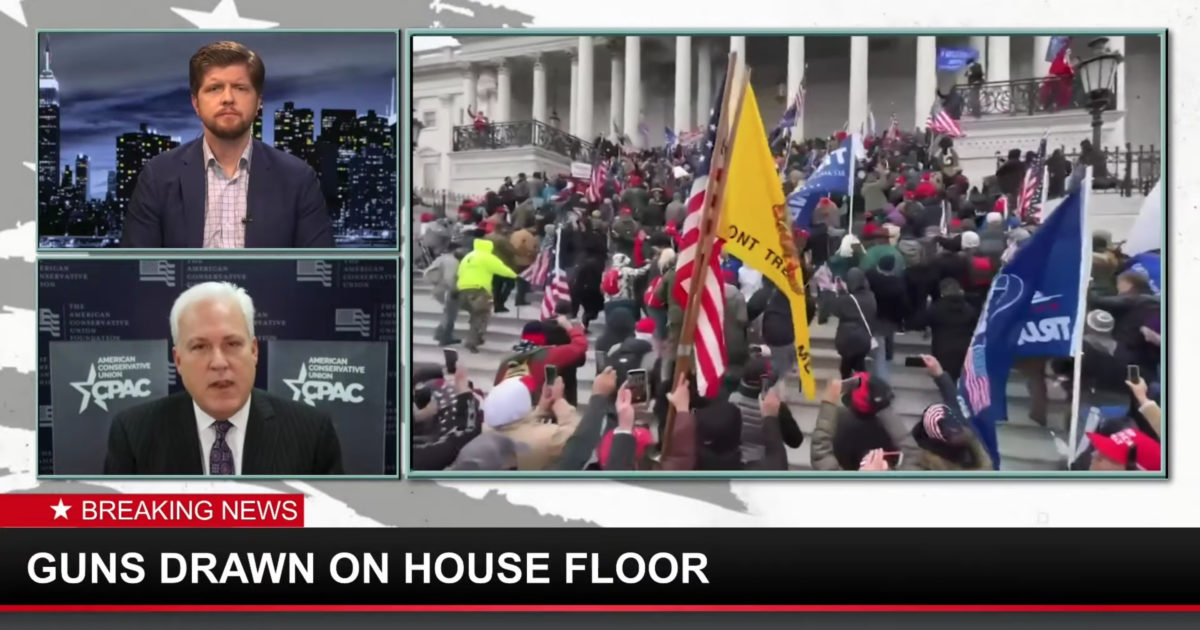 Buck Sexton was joined by Chairman of the American Conservative Union, Matt Schlapp, in the aftermath of the crisis in Congress yesterday for some valuable insight as the nation wrestles with vast political divisions.

Conservatives appear to be exploring whether the United States should “disunite” because they feel that they have no recourse in the face of grievances against the corporate media, Big Tech, and a questionable election. However, violence is “over the line” and “counter-productive,” he argued.

“What I fear is there is a feeling of almost desperation.”