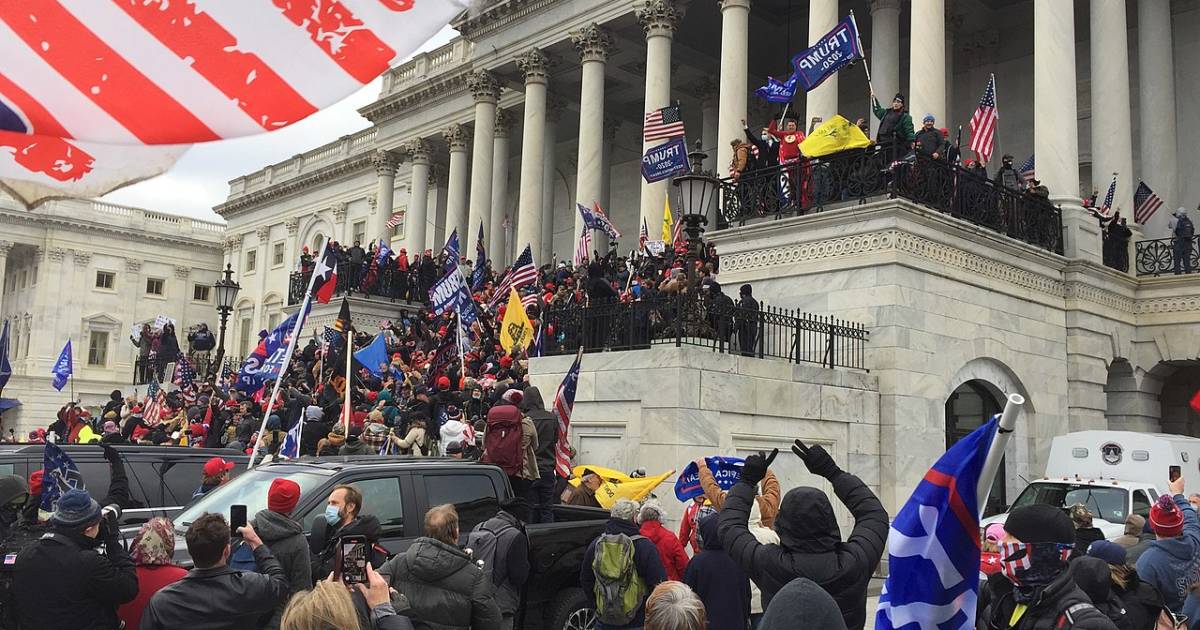 Late last week, Senate Republicans shot down a House bill that would have created a bipartisan commission to investigate the January 6 insurrection. While some conservatives don’t see the need for an independent investigation of the riot and attack on the Capitol, I think it is very important that we get to the bottom of what motivated the attack, what aspects were planned in advance, and who was involved in that planning.

Even months after the attack, new information is still coming out. An example of this is last week’s indictment of eleven members of the Oath Keepers. The indictment charges several named members of the Oath Keepers, a militia group made up primarily of current and former military, law enforcement, and first responders, with being part of a “conspiracy… to stop, delay, and hinder the Certification of the Electoral College vote.” The indictment accuses the Oath Keepers of conspiring by agreeing in advance to interrupt the Electoral College vote tally, engaging in training of “paramilitary combat tactics” for that purpose, “coordinating in advance” with other groups, “bringing and contributing paramilitary gear and supplies including firearms, camouflaged combat uniforms, tactical vests with plates, helmets, eye protection, and radio equipment,” and “moving together in a military ‘stack’ formation while utilizing hand signals to maintain communication and coordination while advancing toward the Capitol as part of the January 6 operation.”

Part of the strategy was allegedly to provoke a fight with Antifa. In an online GoToMeeting conference way back on November 9, the group’s leader, Stewart Rhodes, who is identified as “person one,” told the other Oath Keepers, “Let Antifa – if they go kinetic on us, then we’ll go kinetic back on them. I’m willing to sacrifice myself for that. Let the fight start there. That will give President Trump what he needs, frankly. If things go kinetic, good. If they throw bombs at us and shoot us, great, because that brings the president his reason and rationale for dropping the Insurrection Act.”

Invoking the Insurrection Act would have allowed President Trump to “call forth the militia for the purpose of suppressing such insurrection.” The Oath Keepers hoped that the president would “call us up as the militia,” a patently absurd plan when the National Guard and other military units were close by.

Of course, Antifa was not present in large numbers at the January 6 riot. If Republicans believe differently, they can ask the commission to investigate.

Message intercepts throughout November and December show the Oath Keepers recruiting and arming themselves with “mace and gas masks, some batons” as well as obtaining body armor and doing firearms training. Although members in the District of Columbia were apparently not carrying firearms, a “heavy QRF” [quick reaction force] was posted outside the district. Other members kept their guns in their hotel rooms in Virginia.

The indictment also includes secure messages from a Zello app that were exchanged during the assault on the Capitol, which included the direction, “You are executing citizen’s arrest. Arrest this assembly, we have probable cause for acts of treason, election fraud….” Again, this sounds insane but is a window into the minds of the insurrectionists.

During the melee, the Oath Keepers formed a stack, a column “of individuals wearing Oath Keepers clothing, patches, insignia, and battle gear,” and “maneuvered in an organized fashion up the steps on the east side of the Capitol—each member keeping at least one hand on the shoulder of the other in front of them.”

“At the top of the steps,” the indictment continues, “the Stack joined and then pushed forward alongside a mob that aggressively advanced towards the Columbus Doors at the central east entrance to the Capitol, assaulted the officers guarding the doors, threw objects and sprayed chemicals towards the officers and the doors, and pulled violently on the doors.”

The indictment goes on at length about the group’s activities in the Capitol and is interesting reading, but the important point here is that there is compelling evidence of a broad conspiracy that was put into action on January 6. It is important to answer questions about who was involved and how far up the conspiracy reached. For example, did members of Congress such as Paul Gosar, Mo Brooks, and Lauren Boebert aid and abet the attackers?

To that end, there are still options for an independent commission. One obvious path would be to compromise on enough details to win a few more Republican votes. This is probably the best-case scenario. It may also be a long shot.

The more I think about it, the more I think that Larry Sabato had a great idea when he proposed that President Biden appoint Presidents Bush and Obama to head an independent commission. The two would pick the remaining members and determine how long the investigation would take.

Sabato’s idea isn’t without its problems, but it may be the best plan available. Even though the Bush-Obama commission would be bipartisan, it would not satisfy Trump-supporting Republicans, many of whom have decided that Bush is just another RINO. However, conservatives and more traditional Republicans would value Bush’s contributions as well as those of other objective Republicans that the former president could bring on board. Most importantly, independents and moderates, people not on the Trump Train, know and respect both Bush and Obama.

We’ve had investigations of the Clintons’ financial dealings with Whitewater Development. We’ve investigated Solyndra and Benghazi and Fast and Furious. The need for an investigation into January 6 is far more important than any of these because it involves a conspiracy to attack Congress and overthrow the Constitution and may even involve sitting members of Congress.

I understand that Republicans want to put the matter to bed, but January 6 is going to be an issue in 2022 and beyond whether there is a commission or not. It would be much better for the party if they face the problem head-on and are seen as policing the radical elements of their own party rather than letting them run wild.

In the end, it isn’t Republicans like Liz Cheney who are causing problems for the party. It is Republicans like Mike Flynn, who called for a Myanmar-style coup over Memorial Day weekend, and Donald Trump, who is allegedly still telling supporters that he expects to be reinstated by August. The problem is also the members of the Republican base who believe the Big Lie that the election was stolen and are ready to throw out the Constitution to put Trump back in the White House.

It is Republicans like Flynn, Trump, and the Oath Keepers who need to move on past the president’s real and authentic electoral loss last year. A big part of moving on for the country is finding out the truth about what happened on January 6 and holding to account those who conspired to attack the foundations of our Republic. Republicans should have a place on the commission that searches for those truths, but if they refuse to participate, President Biden should appoint a bipartisan commission anyway.

I hear a lot of people denying that the charges against the January 6 insurrectionists are serious. Many online activists claim that the charges only amount to small crimes like trespassing and disturbing the peace. While that may be true for some, it is not true for others.

Each individual is charged based on the evidence against him. For some, that may only include disorderly conduct or trespassing if they did nothing more than enter the Capitol. Other charges can be much more serious.

In the case of the Oath Keepers, here are the charges listed in the indictment, along with their penalties:

Destruction of Government Property and Aiding and Abetting-18 U.S.C. §§ 1361 – up to 10 years in prison depending on the damage

Restricted Building or Grounds-18 U.S.C. § 1752(a)(1) – 10 years in prison if the offense involves a firearm or significant bodily injury, otherwise one year in prison and/or a fine

Assaulting, Resisting, or Impeding Certain Officers-18 U.S.C. § 111(a)(1) – 20 years if the act involves a deadly weapon or bodily injury, otherwise eight years and/or a fine

If you do the math on the various charges, you quickly find that some of the Oath Keepers are looking at the possibility of spending the rest of their lives in prison if they are convicted on all counts. Personally, I’d consider even lesser charges that might put me in jail for a year to be very serious.