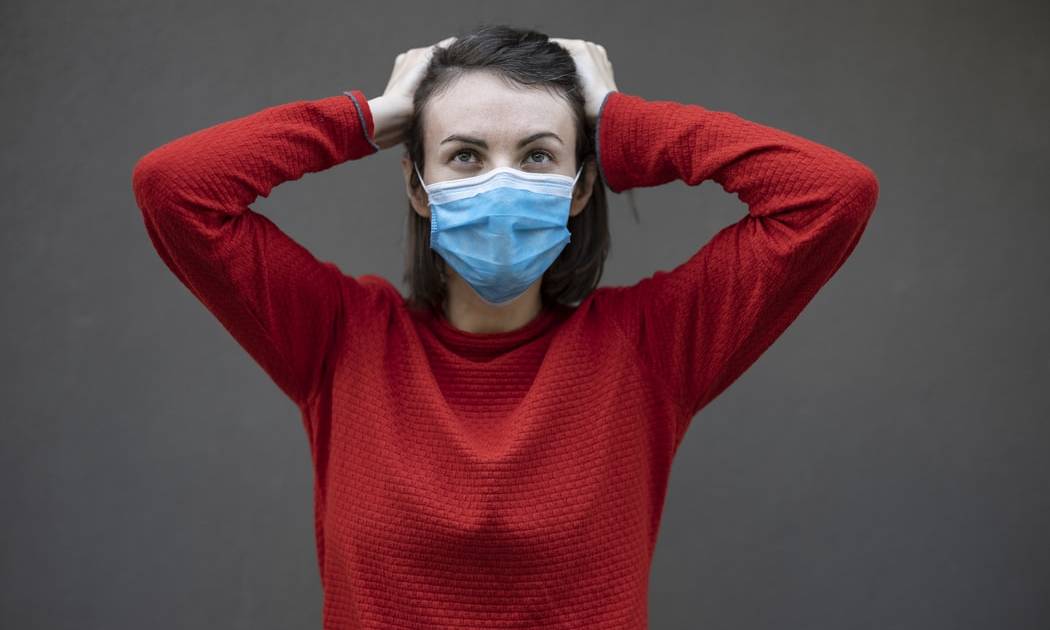 I’m dismayed and disappointed that I have to write this, but someone has to because there is some seriously bad theology going around in many Christian circles. I’m talking, of course, about the relatively widespread belief that the Coronavirus vaccines and masks represent the Mark of the Beast.

This is not an online-only phenomenon. Back in January, I discussed on Twitter an experience I had at a local barbershop in which the barber was discussing several conspiracy theories, including the notion that the Mark of the Beast was associated with the vaccines and masks. When I gently corrected the lady, she became so irate that she told me to “just stop talking.”

It has always been my opinion that there are certain people with whom it doesn’t pay to argue. These include police officers, air traffic controllers, and people cutting your hair, so I did stop talking. She rushed the completion of my haircut nonetheless and told me that I should find someone else to cut my hair in the future, adding that she didn’t know how any Christian with a brain in their head could not believe her conspiracy theories.

The paranoia seems to only have gotten deeper since then. A couple of people have recently made references to me about plans to make vaccine passports a requirement to buy or sell, but I haven’t seen any evidence that this is any sort of real proposal. An article last week in Reason quoted a Washington Post article that said, “The Biden administration and private companies are working to develop a standard way of handling credentials — often referred to as ‘vaccine passports’ — that would allow Americans to prove they have been vaccinated against the novel coronavirus as businesses try to reopen,” but note that the original report says “as businesses try to reopen” rather than “in order for businesses to reopen.” In context, the Post article says nothing to indicate that vaccine passports would be required to conduct transactions.

But what if it did become a requirement? Let’s look at what the Bible says about the Mark of the Beast to see if the theory makes sense.

He causes all, both small and great, rich and poor, free and slave, to receive a mark on their right hand or on their foreheads, and that no one may buy or sell except one who has the mark or the name of the beast, or the number of his name.

The Bible does tell us that the Mark will be required to buy or sell, but it also says that it will be on the right hand or forehead and that it will be recognizable as the mark, the name, or the number of the Antichrist.

So, would a vaccine or mask fit this description? Neither vaccines or masks are worn on the right hand or forehead (at least not if you’re wearing the mask properly) and neither is a recognizable symbol of the beast. On top of that, neither is required to conduct business, so it seems that both masks and vaccines fail every aspect of the test to be the Mark of the Beast.

But wait, there’s more! It’s easy to take Bible verses out of context so savvy students of the Bible will look at the surrounding verses and chapters to make sure their interpretation fits the larger meaning of the passage. With that in mind, let’s look at how these verses fit into the rest of the chapter and Book of Revelation.

Chapter 13 deals not with bankruptcy but with the rise of two beasts. The first beast, from the sea, is a despotic world leader more popularly known as the Antichrist. The second beast, from out of the earth, is a false prophet who entices people to worship the Antichrist. It is the second beast who is referred to as the “he” in verse 16 and who “causes” people to take the Mark.

So, ask yourself, has a leader arisen who has been healed of a seemingly fatal wound and who is followed and worshiped by the whole world (13:3)? Has we seen a false prophet who performs miraculous signs such as calling down fire from heaven and who set up an image of the first leader for the people of the world to worship (13:13-14)? If not, then it follows that there can be no Mark of the Beast yet because the two beasts have not yet revealed themselves.

Further, chapter 13 is in the middle of the prophecy. There are a great many judgements and signs to be fulfilled before the world gets to the point of coming under the control of the Antichrist.

The greater context of the Mark of the Beast is that it is not something that people will be tricked into taking. It will be a symbol of loyalty and worship that will be willingly taken. The Mark will represent a conscious choice to follow the Antichrist and reject God.

What these Christian conspiracy theorists are doing is taking one part of one verse out of context and twisting it to fit their dystopian worldview. Some, like my barber, may actually believe what they are saying but a great many should know better.

In some cases, when these biblical truths are pointed out to Christian conspiracy theorists like my former barber, they acknowledge that masks and vaccines cannot be the Mark of the Beast, but then shift arguments to saying that they are meant to condition us or prepare us to take the Mark. This is a logical fallacy known as moving the goalposts. It is also a telltale sign of a conspiracy theory in that no amount of logical proof is ever enough to convince conspiracy believers. They just rearrange their preconceptions to fit the new facts.

Christians shouldn’t fear vaccines and masks, which would be more appropriately viewed as technological gifts from God to help save lives. The fear-mongering about masks, vaccines, and vaccine passports certainly does not fit the biblical descriptions of the Mark of the Beast, and to paraphrase Johnnie Cochran, since it doesn’t fit, people should quit spreading bad theology and misinformation.