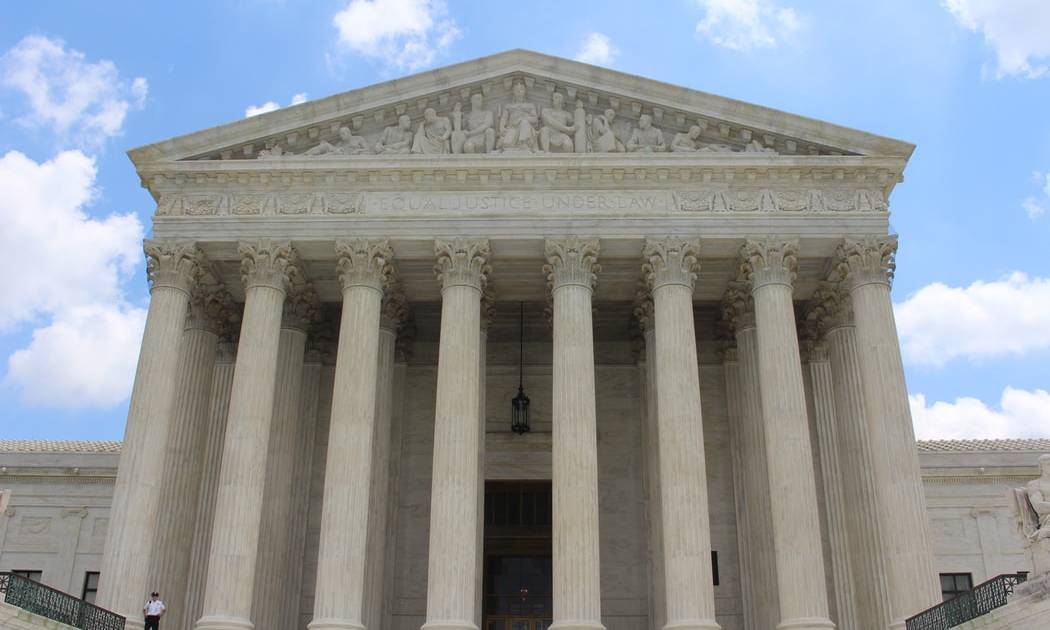 Recently, a talking point on social media has contrasted the deadly shootings that involved QAnon adherent Ashli Babbitt, who was killed in the January 6 insurrection, and Daunte Wright, a black motorist killed by police in Minnesota last week. The social media posts question why Officer Kimberly Potter was charged in the death of Wright but no charges were filed against the officer who killed Babbitt. The simple answer is that the two incidents were very different and governed by different standards for the use of force.

Both killings were caught on video so we have a very good idea of what happened in both cases. In the case of Ashli Babbitt, even though Capitol Police do not wear body cameras, there are multiple videos of the moment of her death because the rioters themselves were documenting their attack on Congress. One video, available on the Washington Post site with labels and captions, gives context for the situation.

Capitol Police officers were backed against a door outside the “Speaker’s Lobby” of the House of Representatives. Rioters are confronting the officers and punching the glass on the door. Babbitt is at the front of the crowd and she can be seen talking to the officers. Members of the crowd offer to “make a path” for the three officers with their backs against the door to withdraw. When the officers move away, the crowd tries to break down the door. One rioter can be seen hitting the door, which has been reinforced with chairs on the other side, with what appears to be a baseball bat. An officer on the other side of the door who is not fully seen points a gun at the mob.

The video goes to a split-screen as members of the mob yell that they see a gun. Babbitt is boosted through a broken window on the right side of the door opposite from the officer with the gun. The officer fires and Babbitt falls backward out of the window.

The Youtube video below has a different angle. The doorway is viewed straight-on and Babbitt, wearing a star-spangled backpack and with some sort of flag apparently wrapped around her waist, is seen attempting to pass through the broken window. The officer fires and she falls backward to the floor as the crowd scatters. https://www.youtube-nocookie.com/embed/AWMpTHLJXbw?rel=0&autoplay=0&showinfo=0&enablejsapi=0

In the case of Daunte Wright, we do have body camera footage. Wright was originally pulled over because his car had expired tags, but the officers then realized that there was a warrant for his arrest.

In the video, we see three officers attempting to handcuff Wright when he breaks free and gets back into his car. A brief struggle ensues and Officer Potter, a 25-year veteran of the force and a training officer, can be heard yelling, “I’ll tase you,” but it is obvious that she is holding her pistol. She announces, “Taser, Taser, Taser,” and the officer struggling with Wright backs away as Potter fires.

Her reaction is swift and horrified. She screams, “Oh my [censored]. I shot him.”

Wright attempts to drive away with his girlfriend, who was also in the car but is mortally wounded. He collides with another vehicle several blocks away and is pronounced dead at the scene per MPR News. https://www.youtube-nocookie.com/embed/DgAUrDTUk4Q?rel=0&autoplay=0&showinfo=0&enablejsapi=0

The two shootings could not be more different. Ashli Babbitt was an aggressor, part of a mob that was actively trespassing on federal property and attempting to attack members of Congress. Daunte Wright was a fugitive who was attempting to evade arrest and flee. Different rules apply to the different circumstances.

Although laws vary from state to state, police are generally allowed to use deadly force in situations where their actions are “‘objectively reasonable” in light of the facts and circumstances confronting them, without regard to their underlying intent or motivation.” This standard stems from the Supreme Court’s decision in Graham v. Connor (1989).

This built on an earlier decision, Tennessee v. Garner (1985), in which the Court ruled that officers could shoot fleeing suspects but only if such force is “necessary to prevent the escape and the officer has probable cause to believe that the suspect poses a significant threat of death or serious physical injury to the officer or others.”

These two decisions apply directly to the cases of Ashli Babbitt and Daunte Wright. Babbitt was part of a violent mob attacking the Capitol. It is “objectively reasonable” to believe that the officer thought that using lethal force to stop the mob from breaking the doorway was necessary not only to save his own life but the lives of members of Congress and other government employees as well.

A Justice Department press release outlines the legal standard to charge the officer who shot Babbitt:

Prosecutors would have to prove not only that the officer used force that was constitutionally unreasonable, but that the officer did so “willfully,” which the Supreme Court has interpreted to mean that the officer acted with a bad purpose to disregard the law.  As this requirement has been interpreted by the courts, evidence that an officer acted out of fear, mistake, panic, misperception, negligence, or even poor judgment cannot establish the high level of intent required under Section 242.

The report on Babbitt’s death concluded that the shooting was justified and that the officer acted reasonably under the circumstances. His actions were ruled to be reasonable in “self-defense or in defense of the Members of Congress and others evacuating the House Chamber.”

On the other hand, Officer Potter had no reason to believe that Daunte Wright wanted to do anything other than get away. The arrest warrant stemmed from an incident in December 2019, more than a year earlier, and Wright was not a threat to the life or property of anyone as he attempted to flee. Potter did not intentionally shoot Wright because the shooting would have clearly been an unreasonable and unconstitutional use of force.

This truth is underscored by the fact that the police department in Brooklyn Center, Minnesota is not even attempting to justify the shooting. Officer Potter submitted her resignation from the force and was herself arrested and charged with manslaughter in what a police spokesman in the video above calls an apparent “accidental discharge.”

The bottom line is that there are two constitutional reasons for police officers to shoot someone. The first is in defense of a life, either the officer’s life or that of some innocent person. The second, which is closely related, is when a fleeing suspect’s escape would pose a threat to someone’s life. In both cases, the officer’s determination of the threat must be “objectively reasonable.”

There is the legal standard for the use of force, but there is also the reality of juries. In many cases, juries set an even higher standard for convicting police officers than the Supreme Court’s already high standard for charging them. As I wrote last week, an Arizona jury acquitted the officer who shot Daniel Shaver in a hotel hallway even though he gave contradictory commands that the intoxicated Shaver tried to obey. The case of the South Carolina police officer who shot Walter Scott, another black motorist, in the back and then planted a Taser on Scott’s body, ended in a mistrial. The officer eventually pled guilty to federal civil rights charges.

One of the few officers to be convicted of a bad shooting was Mohammed Noor. Noor, another Minnesota officer (what’s going on up there?) was responding to a report of a possible rape when he fired through the window of his squad car, across his partner’s chest, at an unarmed 40-year-old Australian woman in her pajamas who had approached the car. Noor was convicted of third-degree murder and second-degree manslaughter and sentenced to 12-1/2 years for the 2017 shooting.

Even if the Capitol Police officer had been indicted for the shooting, there is almost no chance that he (or she, we don’t know the officer’s identity) would be convicted. It would almost have to be a jury of 12 Anons to get a conviction in the case.

On the other hand, Potter may or may not be convicted. She clearly killed Wright unintentionally, but as noted above, juries often give police a lot of leeway.

The deaths of Ashli Babbitt and Daunte Wright resulted from very different circumstances. Different rules applied in both cases, but the officers’ action had to be “reasonable” in both situations. The actions of the Minnesota officer who killed Wright were not reasonable, but the actions of the Capitol Police officer were reasonable in the midst of an attack by a violent mob.

In the vernacular of many Second Amendment activists, the insurrectionist mob f-ed around and Babbitt found out. It’s nothing short of a miracle that Babbitt was the only fatality among the insurrectionists because officers defending the Capitol had adequate justification to shoot many more of the rioters.