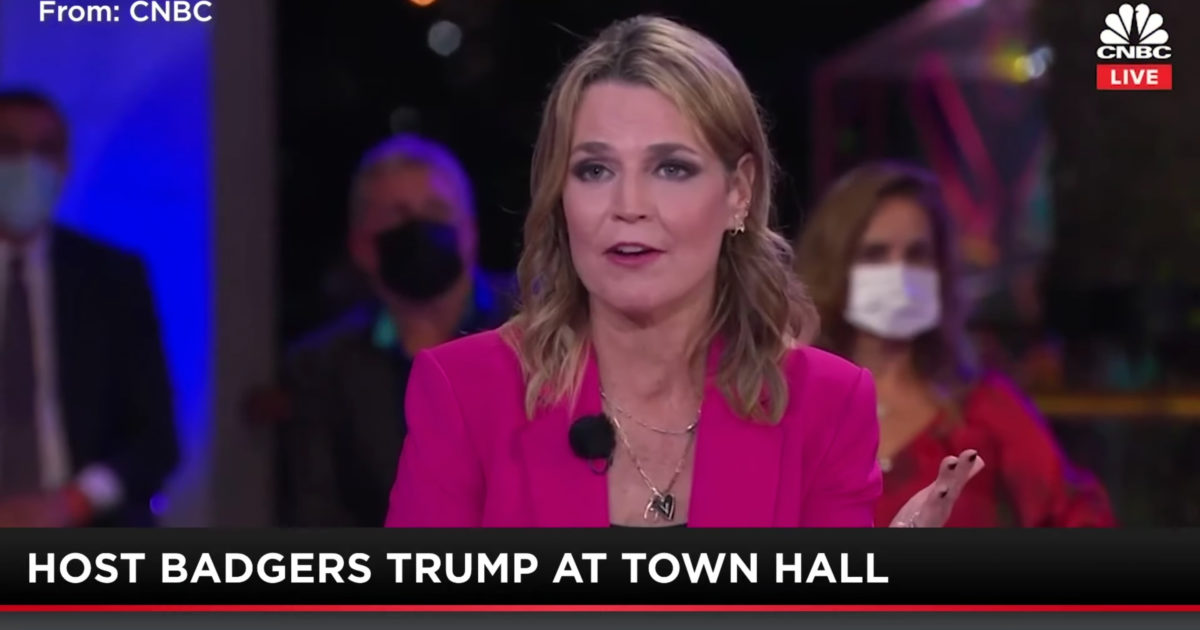 Savannah Guthrie’s “adversarial” approach to the NBC Town Hall with President Trump was underscored by her clear lack of curiosity, Mike Slater said on Monday.

Instead of asking follow-up questions of the president, Guthrie repeatedly expressed her inability to understand his answers. Slater pointed out that she said “I don’t get that” three separate times during the one-hour event.