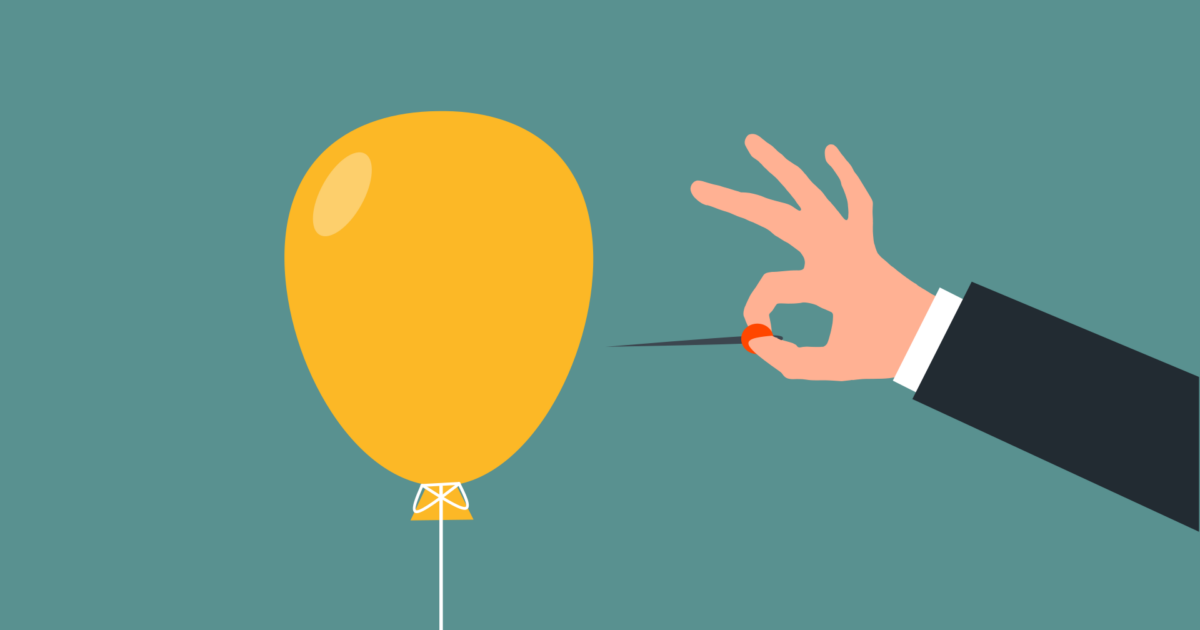 A short while ago, a Twitter friend posted that he was skeptical that Republicans were going to fare as well as generally assumed in the upcoming elections. This Twitter user, who delves deeply into polling, was bucking the conventional wisdom about the midterms and I was intrigued so I asked him if he’d be interested in making his case to the readers. He declined, but I thought the idea was worth looking into so today I’ll play devil’s advocate and tell you why Republicans will be disappointed in November.

The majority view is that the Republicans are setting up for a landslide victory. Most of the typical signs seem to be favoring the opposition party, which as a matter of historical precedent, is strongly favored in off-year elections anyway. Inflation has persisted and lower-income Americans, in particular, are seeing a sharp erosion in their buying power. The Fed’s battle against inflation may lead to a recession. Gas prices are high due to a combination of increased demand, labor shortages, inflation, and the Ukraine war’s effect on markets. Generic congressional polling that normally favors Democrats shows a preference for Republicans. Democratic overreach and progressive radicalism have turned off many of the swing voters that propelled Biden to victory in 2020.

Even as Biden won in 2020, it should have been obvious that the election was not a referendum on the Democratic platform, but on Donald Trump. As they lost the presidency, Republicans picked up 14 seats in the House indicating a rejection of the Democratic platform. The Democratic gain of three seats in the Senate was due largely to Donald Trump’s sabotage of the Georgia Senate runoffs in which he undermined Republican faith in elections and poisoned the incumbent Republicans for moderates by insisting that they vote to overturn the presidential election results.

So, the question really is what would it take for Democrats to overcome all the built-in advantages that Republicans have for the 2022 election that is now less than seven months away?

For starters, no matter how badly things go for the Democrats, the election results would have to be earth-shattering to live up to the hype. That may not be structurally possible. Gerrymandering and hyperpartisanship in the electorate have worked together to ensure that the vast majority of congressional seats are not endangered, no matter how bad election night is.

The Cook Political Report only shows 16 toss-up seats for House Democrats compared with eight for Republicans. That number may grow or shrink as the election nears, but it is unlikely that Republicans would run the table and win all the vulnerable Democrat seats, especially without losing some of their own. It isn’t impossible, but it’s statistically unlikely.

In the Senate, Cook shows only three Democratic toss-up races (Arizona, Georgia, and Nevada) compared with two for Republicans (Pennsylvania and Wisconsin). If the map is expanded to show leaners, New Hampshire comes into play for Democrats, but Marco Rubio’s seat in Florida and two open seats in North Carolina and Ohio are added for Republicans.

If we look strictly at the numbers of possible pickups without considering other factors, Republicans have a slight advantage, but not an insurmountable one. If each party wins half of their possible pickup opportunities, the balance of power in Congress would be little changed from its current makeup.

But elections are not strictly statistical exercises. The national mood currently favors Republicans so Democrats need some breaks in their favor. They need good news to shift the momentum of the upcoming election.

One thing that would obviously help Democrats would be for inflation to disappear. I think we can discard that idea because economic trends usually reverse slowly. What’s more, they are typically observed over long periods of time so even if inflation did abruptly disappear, it would be several months before the data would confirm its absence.

A second possibility would be for oil and gas prices to return to more normal levels. Even though American domestic oil production has increased under Joe Biden (that’s not a typo despite what Republicans have told you), we aren’t likely to see oil prices come down much until international tensions ease because there is a moral imperative to eschew Russian oil, but Russia accounts for almost 10 percent of world oil production. It’s a basic economic truth that reducing supply, which sanctions have done, causes prices to increase.

It might be that President Biden’s support of Ukraine allows the Ukrainians to oust the Russians or reach a negotiated peace that allows them to claim victory. If this happens, Biden could tout a big foreign policy win, but at this point, it doesn’t look likely that either of those outcomes will be reached any time soon.

In fact, it seems that the one thing that Democrats have going for them is Donald Trump and his merry band of MAGA Republicans.

One of the biggest cautions for Republicans is that while generic congressional ballots are in their favor, the candidates that Republican voters are preparing to nominate are not generic. And many of them bear only a slight resemblance to traditional Republicans. MAGA is not your father’s Republican Party.

And then there’s the Todd Aiken factor. Most will remember Aiken as the Tea Party candidate who lost to Senator Claire McCaskill in 2012 after discussing why “legitimate rape” was not likely to result in pregnancy in a television interview. Republicans should avoid discussions of rape and race because they often insert their feet into their mouths when talking about these topics. Many won’t take this advice.

Michigan state representative noimee Robert Regan is one such candidate. Back in March, Regan joked, “I tell my daughters, ‘Well, if rape is inevitable, you should just lie back and enjoy it.'”

Not a good look, especially for a candidate from the party of family values (although we really don’t hear that claim much anymore). Regan is the Republican nominee for a special election to be held on May 1, so his fate still hangs on the decision of the voters.

Among the five vulnerable Republican Senate seats, three are open seats that are not being defended by incumbents. Given the current anti-elite and anti-expert mood of the party, there is a good chance that Republican voters will nominate inexperienced fringe candidates who will hurt their campaigns by saying stupid, offensive, and possibly even racist things.

Take, for example, the Georgia Senate seat that Republicans need to flip in their effort to take back the Senate. Polling shows that Herschel Walker is the heavy favorite in the Republican primary by more than 50 points, but Herschel’s campaign is already in trouble as he leads incumbent Senator Raphael Warnock by less than the margin of error.

And Democrats are waiting until after the Georgia primary on May 24 to unload with both barrels on the former University of Georgia football star. Herschel hasn’t lived in Georgia in years, has had mental health problems, lied for years about his academic record, falsely claimed to have graduated from college, and failed to show up for the Republican primary debate. Judging from some of the incoherent messages that Walker has posted to Twitter, it isn’t surprising that his campaign wants to keep him on a shorter and more tightly-scripted leash than that of Joe Biden, but that’s going to be tough when Raphael Warnock turns up the heat.

To be clear, I’m not claiming that Republicans will lose this year’s congressional elections, but I am saying that they are not assured of winning. I think the odds favor Republican control of both houses of Congress next year, but the best chance that the Democrats have at this point is that Republican voters will make the same bad and self-destructive decisions that they have made several times in recent years when incompetent GOP candidates managed to snatch defeat from the jaws of victory.

But even if Republicans do nominate (more) fringe candidates, they might well win. After all, the gerrymandering got Marjorie Taylor Greene into office. Whether short-term success in 2022 will translate into longer-term wins in 2024 is another question entirely and one I’ll save for another day.

IF IT SOUNDS TOO STUPID TO BE TRUE, IT PROBABLY IS: That’s one of my maxims, although these days it does get put to the test.

Today, I want to point out that claims that Joe Biden tried to shake the hand of an invisible person are not true. As the International Business Times points out, the claims were made using a short clip that was taken out of context. The moment came at the end of a 40-minute speech, during which Biden apparently said nothing embarrassing but gestured to attendees outside the view of the camera at the end of the speech. Watch the full speech here or skip to the end to see the moment in context.

Take it from me, if it sounds too stupid to be true, it probably is. It at least bears further investigation as the context of the claim.