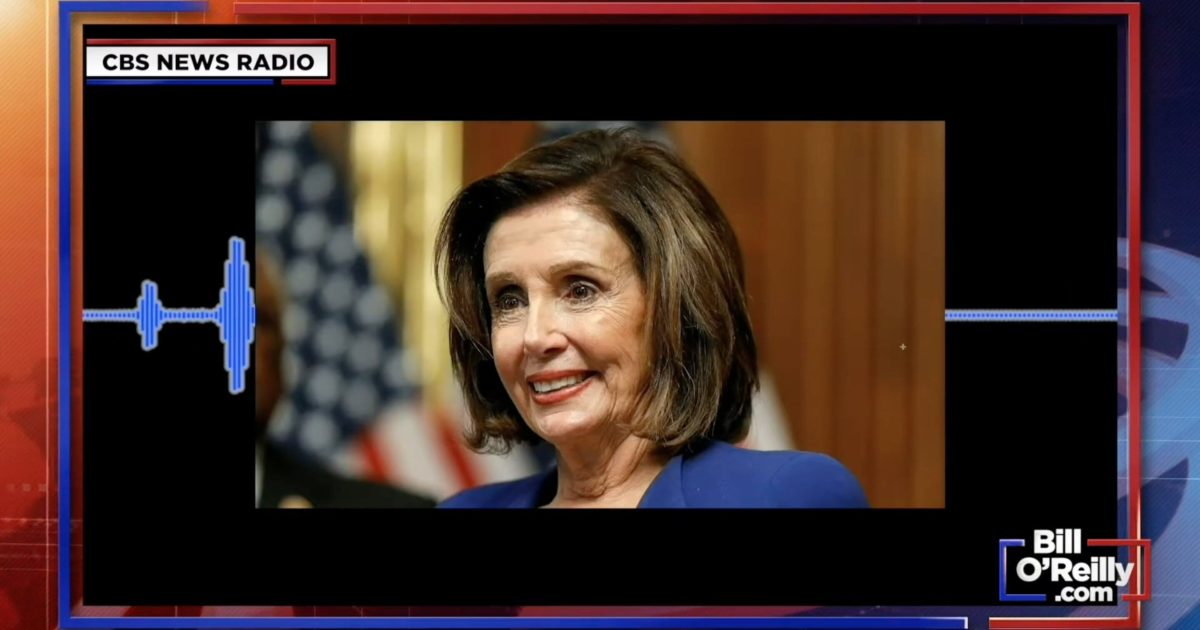 Legendary talk show host Bill O’Reilly on his show Thursday characterized House Speaker Nancy Pelosi (D-CA) as “evil” after she accused Republicans of “trying to get away with the murder of George Floyd.”

Bill showed viewers the comments which came during a radio interview this week as partisan lines were drawn over police reform legislation.

Instead of working with Republicans, who Senator Tim Scott (R-SC) said agree with “70 percent” of what Democrats want, Pelosi shut out the GOP and demonized their proposals.

O’Reilly revealed the sinister strategy behind Pelosi’s efforts to block bipartisan legislation in order to keep the police reform issue alive through the November election.

He had some choice words for the California Democrat: “I used to think she was misguided, extremely misguided. Now I think she’s evil.”