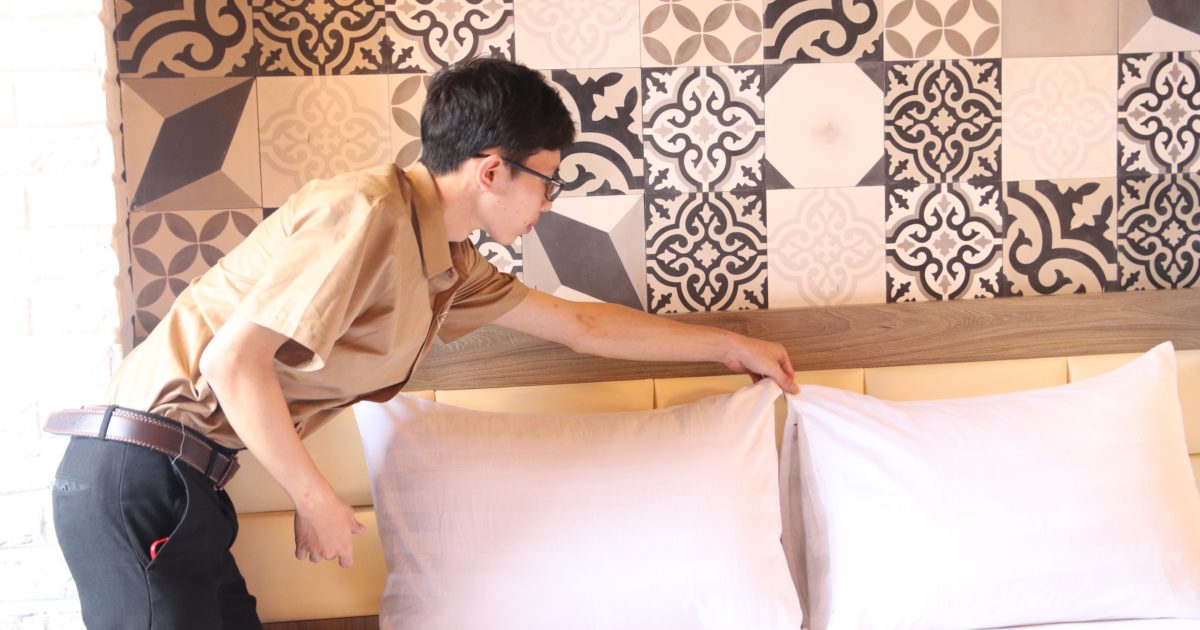 The history of corporate rivalries in America is long and fascinating.  Now, we can add to that list the great My Pillow vs. Good Pillow war of 2021.

If you’ve been following the news as of late, you’ve no doubt heard that liberal activist and perpetual attention seeker David Hogg has decided to enter the cut-throat world of pillow sales.  After making the announcement via Twitter and conducting a search for a name for the new pillow with the help of his twitter followers, Hogg and his associates have settled on the name Good Pillow for their new product.

That’s right.  In his announcement about the new company, Hogg stated that his goal was to stick it to the My Pillow guy, Mike Lindell.

Through his own activism on behalf of Donald Trump, Lindell has run afoul of many on the left (and even some on the right) in recent months, this apparently includes Hogg.  On February 4, in a string of Tweets announcing this new company, Hogg said he and his associates would, “… run a better business and make a better product all with more happy staff than Mike the pillow guy while creating US based Union jobs and helping people.”

In subsequent days, Hogg continued to tell the world more about his company.  This included a list of pledges about how the company would be run.  This list, though, reads more like a Christmas wish list from the most liberal members of Congress than it does a sustainable business model.  It includes pledges to be sustainably sourced and environmentally accountable, a pledge to use a unionized workforce and pay them a “living wage,” a pledge to hire those who have traditionally had trouble finding work which includes veterans and convicted criminals, a pledge to fill the board with people who represent America (whatever that means), and a pledge to appoint a Chief Progressive Officer (I’m not making that up) whose job it will be to ensure the company remains true to these lofty aspirations.

As you might imagine, Hogg’s announcements and the series of plans that he laid out in a very public way brought laughter from the right.  Not only was there the foundation of spite to laugh at as well as the laundry list of progressive pledges, but there was also the lack of business experience from Hogg himself and the simple fact that they were launching without an actual product.

At this time, I’ve reached out three times to ask if they had an actual pillow design ready to go into production, but I haven’t heard back.

With all of this said, however, I actually think that David Hogg and the Good Pillow Company will do all right, at least for a little while.  Why?  Because in the end, they aren’t actually selling pillows.  What they’re selling is political statements dressed up as pillows.

Here’s what I mean by that.  In the world of pillows, the choice is not just My Pillow or the forth coming Good Pillow.  The choice is these plus dozens of other fine (and some not so fine) pillows.  Some of these pillows are independent companies that focus like a laser beam on just pillows, others come from larger corporations that manufacture sleeping material of all types.  Some of these other pillows come from passionate inventors who came up with their product through intense work in their spare time, others are the product of researchers working on a team using the latest science in sleep studies to guide their work.  Some of these pillows are dirt cheap to the point that almost anyone can afford them, others run into the hundreds of dollars.

In any case, the choices are many and an inexperienced Hogg with no expertise in the area of pillow-ology probably couldn’t hope to achieve much in the area of market share under those circumstances.  However, in the area of political statements, the competition boils down to only two.  In America you either choose between the left or the right, liberals or conservatives, Democrats or Republicans.  And in this area of making political statements, Hogg is immensely experienced.

On the flip side of the coin, Hogg’s desire to take out Mike Lindell will fail for the same reason.  By making his company so overtly political, and by making the My Pillow company the focus of his angst, Hogg will drive those who are opposed to his political agenda straight into Lindell’s arms.  Lindell himself has already laid the groundwork for this in his outspoken support for Trump.

These events are not without precedent.  Fresh in the memory of many people’s is Colin Kaepernick and his endorsement deal with Nike.  For any that need a reminder, several years ago NFL Quarterback Kaepernick made waves by refusing to stand for the national anthem at games.  The stated purpose of this was that he wanted to protest police brutality against the black community.

While the more cynical among us (i.e. me) figured this was a stunt to draw attention to himself to make up for his lagging performance on the field, his actions snowballed and spread to other players and other teams across the league.  This phenomenon led to a plummet in NFL ratings as many conservative leaning fans chose to tune out.

Eventually Kaepernick found himself without a job in the NFL.  Many people claimed that he was being targeted because of his protests, although the more cynical among us (i.e. me) figured it was because he was demanding too high a price for too little performance.

Eventually, though, Kaepernick did find himself gainfully employed.  He became the public face for the Nike corporation, appearing in many ads for the shoe company.

Predictions were dire.  Many people said that sales for the company would slump, the stock would crash, and people the world over would find their shoes elsewhere.  After all, Kaepernick’s actions had put a dent in the ratings of the giant of the sporting world.  Such a controversial figure would undoubtedly have a similar effect on the giant of the shoe world.

Instead, the opposite happened.  Nike stocks went to an all-time high and sales spiked.  Why?  Because in the crowded world of shoes, Nike had many competitors.  But in the world of political statements, there were only two main competing forces.  By picking one side over the other, Nike began selling political statements packaged as shoes and for roughly half the shoe buying world, there was suddenly an extra incentive to buy their product.

Now, flash forward several years, we see David Hogg implementing a similar strategy, unintentionally I’m sure.  This young man with no experience or training in sleep science, pillow manufacturing, or the world of business is about to succeed, for at least a little while, because he has found a way to turn the pillow business into a vehicle for something that he is actually good at and experienced in: shoving his political opinions down other people’s throats.