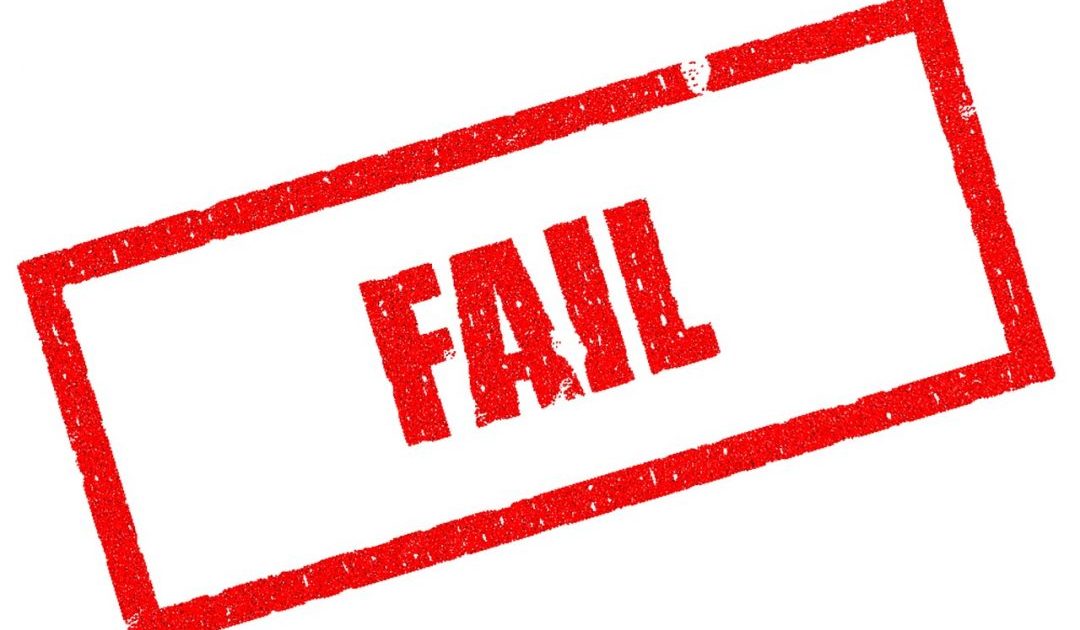 Wow.  What a mess that was yesterday.  I have a nine-year-old boy, so I know a mess when I see one and what I saw yesterday makes even that kid look like a neat freak.

I don’t need to bore you with the details, but just a refresher …  Yesterday, a lot of angry people showed up in Washington D.C.  These people were convinced that the November election had been stolen from President Trump and were there to express their support for him.

As you might have guessed, there were a few jerks who took things too far.  These few forced their way into the capitol building where they engaged in vandalism and caused the evacuation of Congress to a secure location.  Tragically, one of the protestors in the building was shot by a capitol police officer and later died.

You’ve undoubtedly heard these details and others many times over the last 24 hours and will hear more of it today.  Another thing that you’re going to hear a lot of today is blame-placing.  People want to be able to find the source of these troubles and point them out.  In particular, they want that source to be someone that they don’t like so that they can justify their ill feelings toward that person.  Consequently, most of the blame for yesterday’s mess will be directed at Donald Trump, some of it justified and some of it not

While I firmly believe that ultimate responsibility lies with the people who entered the Capitol and performed these actions, there is one name that will be absent from the conversation that very much needs to be there.  That name is Joe Biden.

How can that make sense?  If anything, Joe Biden was a victim here.  Right?  Right?

Throughout the summer and fall, Joe Biden told us, from his basement, that he wanted to be the leader of the United States.  He told us he was capable and experienced and ready to take up the mantle of POTUS.  This is what he told us and the events of November 3rd gave him the opportunity.

However, it was very apparent on November 4th that not everyone trusted the election outcome.  There were irregularities that people pointed to and labelled as fraud.  All of these irregularities seemed to benefit only one candidate, Biden.  These detractors figured this couldn’t be a coincidence.  Then there were the changes made to the electoral process in certain states that seemed to violate the law and constitution in those states.  And, again, these changes seemed to only benefit Biden.

Notice something that I’m doing here.  I’m not making an argument one way or another about whether these things were true.  I’m simply stating what the perception was among the many Trump supporters who descended on Washington.  They did, and still do, truly believe that the election was stolen.  And this is an important point because for two months, they repeated these beliefs over and over and over for anyone to hear.

But what does this have to do with Joe Biden?

Well, for the entirety of these two months he allowed this to go on, unchecked.  I contend that he could have and should have taken action during that time to ease the fear and suspicion and anger of those who voted against him.  Doing so would have been fully appropriate and expected of the nation’s new leader, which he told us he was ready for and that he wanted to be.

One might even say that this was actually the first test of Biden’s leadership as president.  And, like a rabid dog taking the SAT’s with a non-number two pencil, he failed.  There are three specific ways that Biden came up short in this test of leadership.

First, he failed to calm the country.  Admittedly, presidential elections are a time when tensions run high.  People choose their candidate and get behind him.  They poor their hopes into that candidate and make the other candidate the embodiment of all of their fears.  This past election took that reality and put it on steroids.  Donald Trump seems to bring out the extremes in both his supporters and opponents.  Additionally, the pandemic that had everyone cooped up and scarred for the eight preceding months heightened the feelings of tension as well.

Then, on November 4, half the country woke up to find that the embodiment of their hopes had come up short and the embodiment of their fears had declared victory.  Panic ensued.  Accusations flew.  Vows to overturn the election were sworn.  Conspiracy theories flowed through the various social media pages of the internet freely.  Anger increased.

Into this situation stepped Joe Biden.  He gave a few semi-decent speeches.  In these speeches, he called on the nation to calm down … and that’s it.  He called on his opponents, who were convinced that the election was stolen, to calm down.

There’s a saying that I’ve seen floating around on Facebook that I like.  It goes something like this, “Never, in the history of calming down, has anyone calmed down by being told to calm down.”  Simply put, telling people to calm down isn’t going to get the job done.  A leader would have met the people where they were and helped them find the way to where they should be.  In other words, a leader leads.

Secondly, Joe Biden failed to unite the country.  This one in particular should cut deep because he said repeatedly that this was his goal and desire.  This sounds good.  And the reality we’re living in tells us daily that this country is deeply divided.

In times past, political divisions in the country were characterized by the two groups wanting to get to the same goal by different routes.  Today, however, these divisions have taken on a different character entirely.  No longer are conservative and liberal groups just looking at different methods of achieving the same goal.  Instead, they seem to have different goals entirely.  Additionally, the animosity between the groups has grown to the point that it seems like there goal is nothing more than to defeat the other side regardless of cost.

This makes the test of uniting the country a very difficult one.  But even difficult tests need to be passed and, again, Biden seems to think that simply saying he wants the country to be united is enough to get him a passing grade.  What has he done to make this unification a reality?  Nothing that I can see.  What he has done is the equivalent of a surgeon diagnosing a patient with cancer, saying that he should do something about that, and then NOT prescribing any medicine or taking any procedures to get it done.

Finally, over the past two months, Biden failed to confront the issue.  Again, you don’t have to concede that fraud took place or that fraud gave Biden his victory in order to acknowledge that there were irregularities in this election.  There were.  Mail in voting was practiced on a scale like never before.  Voting went on for days and even weeks.  There were odd events that occurred on election night.  All of these added fuel to the fire of the hurt feelings and suspicions of Trump supporters.

Biden barely acknowledged these issues and when he did it was merely to shrug them off or disparage those who kept pointing them out.  He could have and should have confronted these issues head on.  He should have agreed that there were irregularities and assured people that there was nothing to fear.  He could have said he ran an open and honest campaign and that he was prepared to answer any questions he needed to in order to assure people that the election was on the up and up.

While Joe Biden appropriately spent the last two months pulling his team together, he also showed the nation that he is not up to providing the leadership that is required.  All three of these failures, the failure to calm the country, the failure to unite the country, and the failure to confront the issues, could have been huge successes for him.  And all it would have taken was one fifteen-minute speech.

A week after the election he could have held a press conference in which he acknowledged the irregularities of the election and that the fears of fraud, while having no basis in fact, were real and needed to be addressed.  He could have then called for a full, open, and transparent investigation of all voter fraud claims and an audit of every vote and every machine.  He could have promised full cooperation and assistance from both himself and his campaign.

Such an investigation would have calmed fears and made Trump supporters more willing to unite and it would have put the issues of voter fraud to rest.

Would there still be diehards who insist that the election was stolen?  Yes.  But they would have been far fewer, they would have been defanged, and they wouldn’t have been as emboldened as they have been.  Most importantly, if Biden had been up to the challenge and been able to calm and unite the country and confront the issue of fraud, the ugly events on the capital yesterday might not have taken place.

There are a lot of lessons to learn from yesterday and a lot of meaning to be derived from it.  Many will read this and want to say “What about Trump” and point out everything he did wrong. Well, the truth is, yesterday’s events were damaging enough to spread the blame among many, including Trump. The person that’s going to get the least attention is Biden. But the fact is yesterday represented a big, fat, red “F” with a circle around it at the top of Biden’s first test of leadership as president.