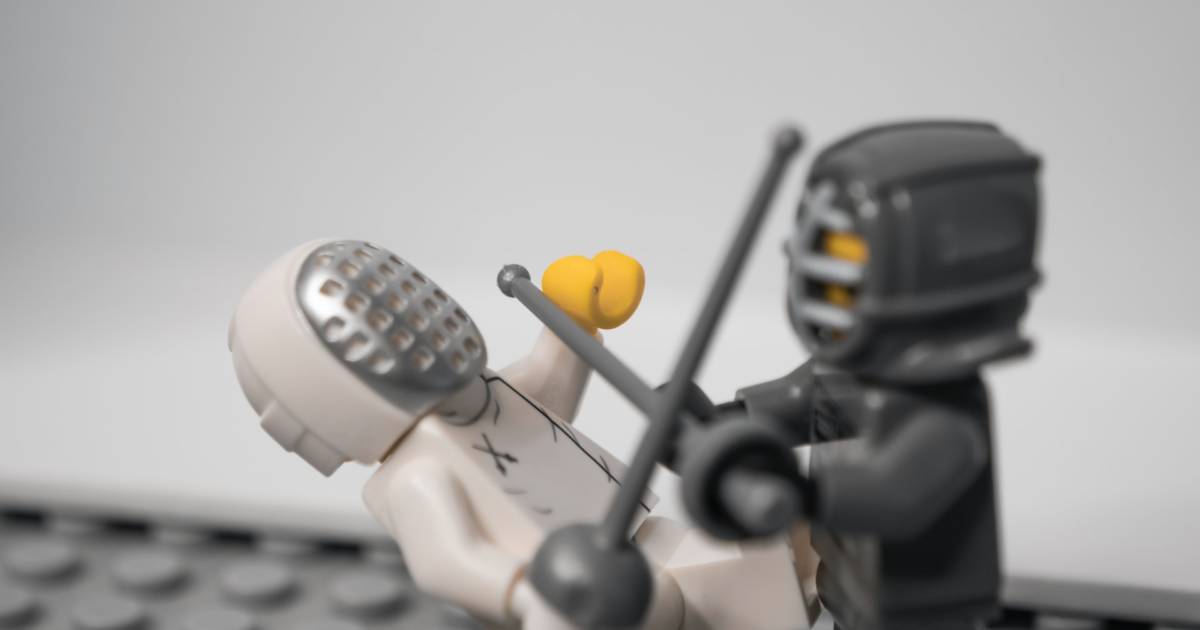 Over the weekend, a reader addressed a comment to me on Twitter. The reader echoed a frequent charge that I’m too tough on Republicans, saying, “In my humble opinion Dave is so offended by all things Trump that his Republican analysis is not fair. Seems to have no problem with Biden.” This charge is at least partly right.

I admit that I’m tough on Republicans. This was true even when I was one (which I haven’t been since 2016). Even in the days of George Bush and Barack Obama, I tended to be one of the lone voices calling out Republicans when they did things that were wrong or hypocritical. The reason for that is simple. I held my own party to a higher standard, in part because they claimed that higher standard for themselves. As Jesus instructed in Matthew 7:5, we should clean up our own houses before criticizing others.

When a party claims to be the law and order party or the Christian party, as many Republicans still do, then they deserve to have more stringent rules applied. For example, the Democrats are a party where much of their base wants to defund the police (and some of them actually mean what they say) and some openly say that protesters need to get violent. No one is going to accuse the Democrats of being a law and order party and I don’t think they’ve made such a claim since the days of segregation.

But the problem for Republicans is that it is worse for a self-proclaimed law and order party to act corruptly than one that doesn’t make such a claim. When we do one thing and say another that adds the label of hypocrisy on top of the corrupt act.

That’s especially problematic when the party claims to be Christian. A party that invokes the name of Christ should be Christlike rather than adopting the tactics and strategies of a secular party because it feels that it needs to get down in the dirt to win. And a Christian party should also value objective truth over gnostic secret knowledge and conspiracy theories.

Some problems with the Republican Party were evident even before Donald Trump arrived. There was Senator Larry Craig from Idaho, who pled guilty to lewd behavior in an airport bathroom. Republicans stood by David Vitter, the Lousiana senator caught consorting with prostitutes. Mark Foley and Dennis Hastert were both implicated in sex scandals involving congressional pages.

The reader is also correct that I am not and have never been a Trump supporter. However much I dislike Trump, I have tried to view the man and his accomplishments objectively. I gave him a chance after he was elected and by the end of 2017, I was wondering if I might be able to vote for him in 2020 despite his faults.

It was about that time that he went off the rails, however. I won’t make this article into a list of grievances against Trump, but suffice it to say, every time he did something I liked (and there were good things about his tenure), he would immediately cancel it out by doing something that reminded me that he should never have been allowed near the White House. Not even on a public tour.

I didn’t vote for Hillary in 2016, but at this point, I do think the country and the Republican Party would be in a better place if she had won. Checked by a Republican Congress, Hillary would not have been able to move the ball on progressive goals, just as Joe Biden is stymied now even with a Democratic Congress. A Hillary presidency would not have been the end of the world and it would have likely ended after four years if Republicans had nominated a traditional conservative candidate.

On the other hand, four years of Trump has ripped the heart out of the Republican Party. Donald Trump was never popular among Republicans until he won. At that point, he became a hero simply because he beat Hillary. With his popularity surging, traditional Republicans were either afraid to say no to him or wanted to jump on the bandwagon to boost their own careers.

It didn’t matter that the Trump bandwagon was the antithesis of conservatism in many ways. Trump jumped on top of a populist and anti-immigration movement that was already present in the GOP thanks to people like Ted Cruz, but then he made it about himself. Old planks of the Republican platform like free trade and strong international coalitions were ripped out and replaced with culture war and anti-establishment rhetoric.

I used to believe that “Republican” and “conservative” were synonyms. Maybe that was true at one point, but it isn’t today. With the Republican Party’s shift, not necessarily to the left but towards Trump, it is often less conservative than the Democratic Party.

As a traditional, limited-government conservative, I used to agree with just about all of the Republican platform. In 2020, the Republican Party didn’t even write a platform. Instead, they stapled a resolution to the 2016 platform that said, “the Republican Party has and will continue to enthusiastically support the President’s America-first agenda” and “continues to reject the policy positions of the Obama-Biden Administration, as well as those espoused by the Democratic National Committee today.”

In other words, the Republican Party chose to define itself as supporting whatever President Trump wants and in opposition to Democrats. While the statement opposing Democratic policy betrays a lack of positive ideas on the part of Republicans, the real tragedy is in watching a party of principle transform itself into a rubber stamp for its chosen leader.

Under Donald Trump, the GOP has shifted from a limited-government constitutional party to one that believes that (Republican) presidents are empowered by the Constitution to do whatever they want. The fact that Republicans now act on this belief and refuse to hold Trump accountable for his abuses of power makes the party a danger to our Republic.

And as a conservative, I have to take issue with a lot of the other policies advocated by Republicans these days. Under Trump, the party moved from limited government to Big Government in many areas. While some areas did see deregulation, the party wants increased regulation of speech on the internet and bans on protests like kneeling during the National Anthem. Many anti-CRT laws probably also run afoul of the First Amendment. Trump’s tariff war was a massive tax hike and expansion of government that was cheered by Republicans. Many Republican immigration policies are now openly anti-immigrant rather than anti-illegal immigration. The new restrictions on voting rights that are being pushed around the country are troubling, even if they aren’t all unconstitutional. Republican attacks on police and law enforcement, speaking both literally and figuratively, are also problematic for me. One of the worst Republican Big Government strategies is to try to have the government overrule the will of the people when the president did not like the results of the election.

But the hypocrisy of Trump-era Republicans takes the cake. Donald Trump promised to drain the swamp and then led the most corrupt administration that I’ve seen in this country. Republicans claim to support the rule of law and police while blaming the FBI and Capitol Police for the January 6 attacks and accusing the government of illegal surveillance. They claim to be pro-life while attacking pandemic mitigation strategies and vaccines and considering the old and the vulnerable to be expendable. Then there is the on-again-off-again position on whether Supreme Court justices should be confirmed with an election looming.

I admit to being tough on Republicans, but the party is in need of tough love. In our segmented society, too many Republicans don’t hear the real news and live in a dystopian fantasy bubble where Donald Trump won the election and Democrats are Satan worshippers who traffic children for sexual abuse.

The truth is that Democrats are not all evil and Republicans are not all goodness and light. In fact, given the broad Republican embrace of conspiracy theories, the Trump personality cult, and the widespread belief that a new revolution or civil is war is necessary, I believe that the Republican Party is more dangerous than the Democrats.

Republicans need to hear the truth that Donald Trump lost because he was not popular, not because of widespread fraud, and that the way back to a majority is not by armed revolt, but by winning people over with your ideas. But doing that is going to require popular ideas that Trumpism does not offer.

The people on the right who are saying that the Biden Administration is imploding are not telling the truth. Biden has a much higher approval than Trump ever did, although he is not without his problems.

I believe that the United States needs two viable parties. Right now, especially in the wake of the insurrection, the Democrats, even with all their faults, are a much more popular party than the Republicans. Republicans need to stage a comeback to keep the country balanced, but that’s going to be difficult to do if they are stuck on stupid.

Finally, as I mentioned in my Twitter response, I also admit to being angry at the GOP for what feels like a personal betrayal. I was a lifelong Republican BT (Before Trump). I believed what Republican politicos told me about the Constitution, the rule of law, and conservative ideals. I still believe it, but what I’ve seen over the past five years showed me that many of the politicians that I trusted and believed in did not really believe what they were saying.

I want a strong conservative party in the United States, whether that party is the Republican Party or something else. At this point, the GOP is neither strong nor conservative and I’m not sure the party deserves to survive.

I feel like my role is to call out the hypocrisy in the Republican Party and remind people of how far the party has fallen from its constitutional and conservative ideals. If that helps to purify the party and drive out some of its more corrupt elements, I view that as a good thing. If my criticism further weakens an already untrustworthy and unprincipled party, perhaps destroying it so that it can be replaced by something better, then I’m okay with that too.