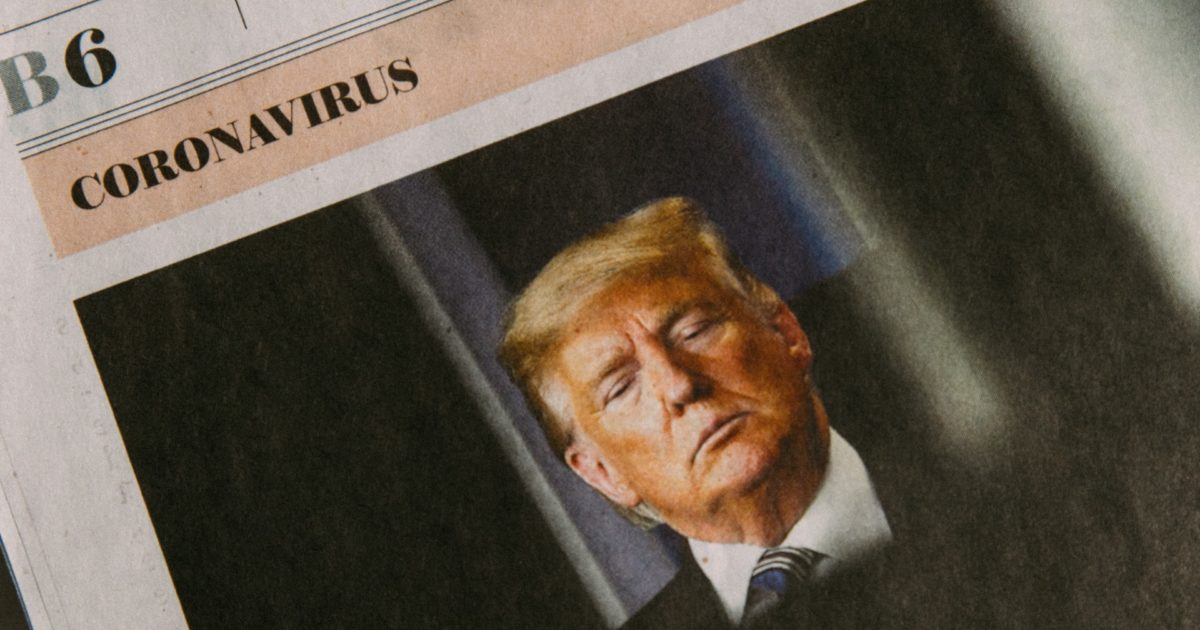 President Trump and his doctors have announced that the president will be discharged from the hospital on Monday afternoon. Information about Trump’s condition has been somewhat contradictory for the past few days but hopes are high that the president is recovering swiftly from a mild case of Coronavirus. Even so, the president’s quick discharge is controversial.

After speculation over the weekend that the president might go home to the White House on Monday, Trump tweeted that he would be checking out of Walter Reed Medical Center Monday afternoon, saying that he felt “really good.”

Nevertheless, many doctors have raised a red flag on Trump’s early discharge. The Washington Post reported earlier today that Trump’s reported treatments, which included remdesivir and dexamethasone, are inconsistent with the rosy White House reports about the president’s condition, which reportedly included two incidents of plunging blood oxygen levels.

“For someone sick enough to have required remdesivir and dexamethasone, I can’t think of a situation in which a patient would be okay to leave on day three, even with the White House’s medical capacity,” said Robert Wachter, chairman of the University of California at San Francisco’s department of medicine.

Under the circumstances, the country should be prepared for the president to possibly be readmitted if his condition worsens in coming days. While most Coronavirus cases are mild, a large share of patients experiences a second wave of symptoms five to ten days after infection. A study on Wuhan patients described in Business Insider notes that many patients were not admitted to hospitals until about day seven with some patients not developing the acute respiratory distress syndrome associated (ARDS) with COVID-19 until two weeks after infection. Suffice it to say that President Trump is not out of the woods yet and will certainly be under close observation, even as he returns to the White House.

The second concern is whether President Trump will take the pandemic more seriously after he recovers. Those of you who have followed me at The Resurgent know that I’ve been critical of the president for not taking the pandemic seriously enough. This has been especially true after the revelation of the interview tapes with Bob Woodward where the president admitted that he knew COVID-19 was seriously but chose to “downplay” it.

The Trump Administration’s tendency to be dismissive of the danger from Coronavirus is directly responsible for the president’s illness. The failure to wear masks and social distance, as evidenced by numerous videos of the Rose Garden even for Supreme Court nominee Amy Coney Barrett. In the video below, Sen. Mike Lee (R-Utah) is seen holding his mask in one hand while he shakes hands with and hugs guests. Another man is caught on camera wiping his nose with his bare hand. Lee is now one of three Republican senators who is known to be positive for Cornavvirus.

Unfortunately, the president’s tweet indicates that he is not serious about the disease yet. President Trump seems to be exhibiting the tendency that I’ve seen in other people who have survived mild cases of Coronavirus. They assume that their experience is typical for everyone infected by the virus. If it wasn’t bad for them, it’s not serious for anyone else either.

In reality, that is not the case. COVID-19 is a strange disease. About 80 percent of its victims have a mild reaction, but the other 20 percent have serious, often life-threatening complications. The current statistic of 210,000 US deaths for 7.45 million known cases represents a 2.8 percent death rate for confirmed Coronavirus cases. By any standard, that is serious and should be treated as such.

In fact, Trump’s failure to treat the pandemic with adequate gravity is the most serious factor behind his flagging campaign. Fox News polling from last month found that swing-state voters prefer Joe Biden to handle the pandemic over Trump by large margins. More recently, an NBC News/WSJ poll found a 27-point shift away from Trump and towards Biden by senior voters since July. It is probably no coincidence that older Americans, once a core Republican constituency, are at the highest risk for COVID-19.

There is still a short time to turn these alarming numbers around. One strategy that might do the trick is for Donald Trump to change course, admit that his administration has handled the pandemic poorly, and promise to do better. It would simply be a matter of acknowledging what everyone already knows. If his brush with death becomes a come-to-Jesus moment in which Trump realizes how much Coronavirus frightens much of the country, the president’s illness might possibly end up reinvigorating and saving his campaign.