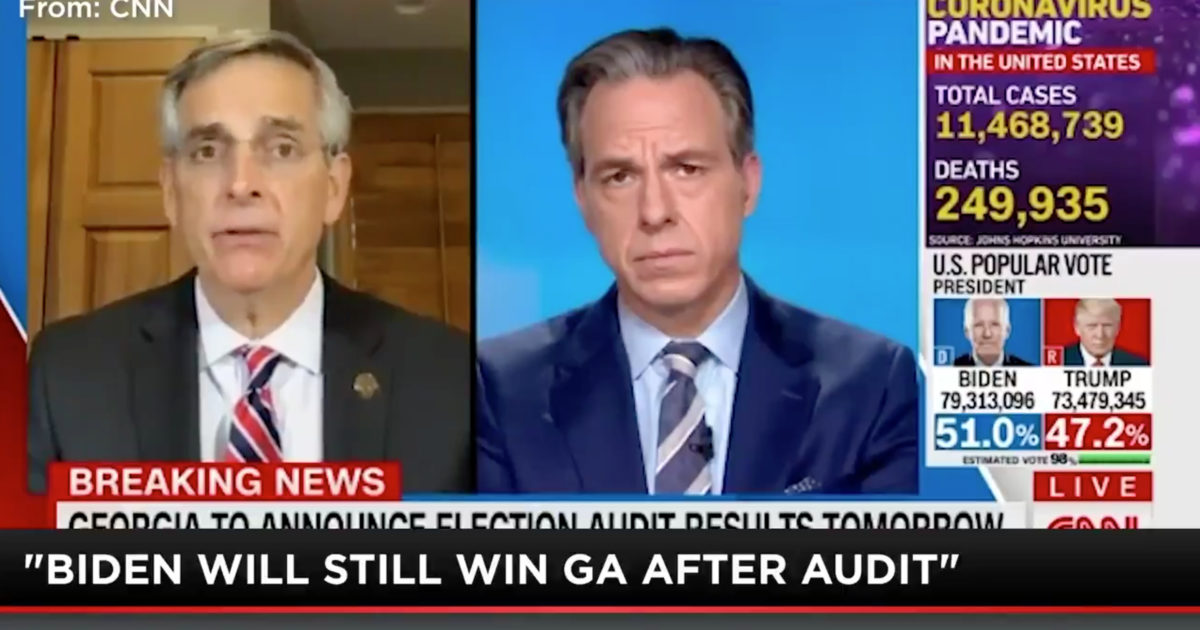 Georgia’s Secretary of State told CNN’s Jake Tapper that “clerical errors” resulted in about 2,000 votes not being counted for President Trump the first time around, Jesse Kelly reported this week.

The Republican elected official predicted that Georgia will remain in Joe Biden’s win column. Jesse asked, why does every “error” help Democrats?

“Every single error for four years has gone one way… it almost seems like it’s more than an error.”