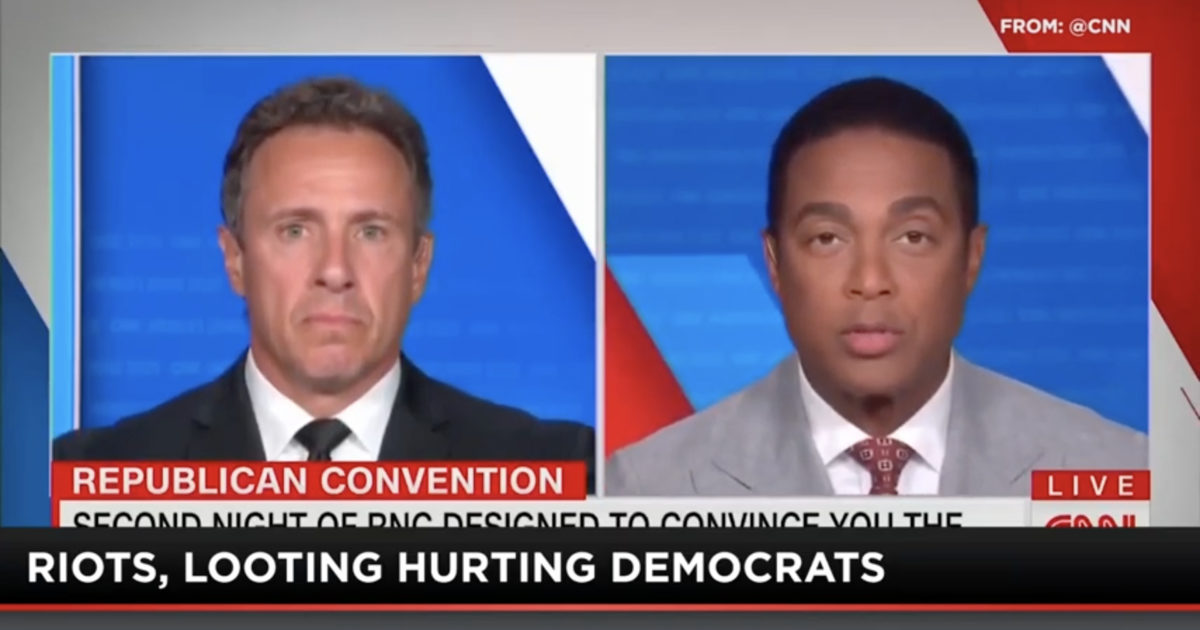 Mike Slater said Thursday that President Trump will win in November and Democrats only have themselves to blame for their impending defeat as racial division and civil unrest has become an albatross around the necks of Democrats who perpetuated the problem in the first place.

Slater played the CNN segment of Don Lemon and Chris Cuomo freaking out after realizing that public opinion has shifted against them as Americans react to the horrific violence and destruction in U.S. cities.

Mike also rebuked Democrats’ push to blame President Trump for the rioting which could not be further from the truth.