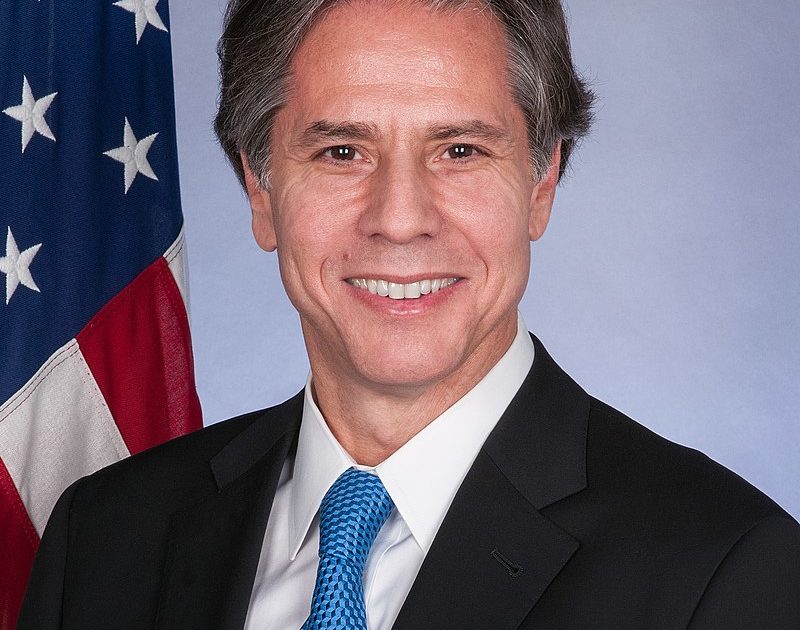 President Trump authorized his Administration to begin working with the incoming Biden Administration’s transition team earlier this week, but even before the formal announcement from the president, Joe Biden had begun to name the picks for his cabinet. Some of these names are familiar. Some, if you’re like me, you’ve probably never heard of. One of those names is Antony Blinken.

We will definitely be hearing more about Blinken, Biden’s choice for Secretary of State, over the next few years. Although he’s not a household name, Antony Blinken has been around Washington for quite a while. In fact, Blinken has spent over two decades in Foggy Bottom.

Born in New York City in 1962, Antony Blinken is a long-time centrist Democrat. He graduated from Harvard and Columbia Law School before working for the Dukakis campaign in 1988. After that failed effort, he practiced law and wrote about foreign policy for numerous publications including the New York Times, the New Republic, and Foreign Affairs.

Blinken got his start in Washington as a staffer on the National Security Council during the Clinton Administration, per his State Department bio. From 1999 through 2001, he acted as President Clinton’s senior advisor on relations with Europe, the European Union, and NATO. He also served as Clinton’s principal foreign policy speechwriter. During the Bush years, Blinken served as the Democratic Staff Director for the U.S. Senate Foreign Relations Committee from 2002 through 2008.

When Barack Obama was elected president, Blinken returned to the White House as Deputy Assistant to the president and National Security Advisor to Vice President Biden. In 2014, he was confirmed as Deputy Secretary of State, a position that he held until Donald Trump succeeded Obama as president.

After the Obama Administration, Blinken entered the private sector as co-founder of WestExec Advisors, a consulting group whose clients include “the defense industry, private equity firms, and hedge funds” per Foreign Policy. He has also served as a partner in the private equity firm, Pine Island Capital Partners, a position that he left to join the Biden campaign as a senior foreign policy advisor.

How conservatives view Blinken will largely depend on which side of the conservative foreign policy schism you fall on. Traditional national security conservatives like me will find a lot to like while America-first conservatives won’t be as happy.

For starters, Blinken favored the Iraq War, a difficult stance for Democrats in 2003. Blinken reportedly advised Biden to vote to approve the Iraqi invasion as well as criticizing the Obama Administration for not sending enough troops to Syria, per the Ricochet. CNN also notes that Blinken had a central role in Obama’s foreign policy initiatives such as the 2011 raid that killed Osama bin Laden, the sanctions that targeted Vladimir Putin’s inner circle after Russia’s 2014 invasion of Crimea, and building a coalition against ISIS. He also reportedly backed the interventions in Libya and Yemen. Blinken is also an outspoken critic of China who can be expected to criticize the communist nation for human rights abuses as well as its military expansion into the South China Sea and trade issues.

A downside for most Republicans is that Blinken is a strong supporter of the nuclear deal with Iran. Likewise, Blinken was a vocal critic of Trump’s North Korea policy. The Biden Administration is likely to reverse Trump’s course on both fronts, re-entering the Iran deal and pursuing multi-lateral talks with North Korea rather than engaging with Kim Jong Un on a one-on-one basis. Nevertheless, Blinken also voiced support in the Jewish Insider for continuing “non-nuclear sanctions as a strong hedge against Iranian misbehavior in other areas.”

With respect to Israel, Blinken is a strong ally of the Jewish state, who is being welcomed by Israelis. The Times of Israel reports that Blinken and Biden have promised to continue aid to Israel without policy conditions, keep the US embassy in Jerusalem, and support Israel in the United Nations. The pair also reject the far-left Boycott, Divestment and Sanctions movement.

In fact, Blinken’s foreign policy views are so centrist that he may well draw criticism from progressives, especially for his past support of military interventions and his support of Israel. “Squad” member Rashida Tlaib responded to the news of Blinken’s appointment by tweeting she hoped he would not “suppress my First Amendment right” to oppose Israeli policies in Palestine. The tweet was considered anti-Semitic by many since Blinken is Jewish and his stepfather was a survivor of the Auschwitz and Dachau concentration camps.

Blinken may well have a contentious confirmation hearing, especially if Republicans retain control of the Senate. He had a dustup with Marco Rubio over Obama’s Cuba policy in 2014 that is likely to be revisited. In the end, he is a solid pick, however, and will almost certainly be confirmed. Blinken may not be the perfect Secretary of State but Biden could have done much, much worse.