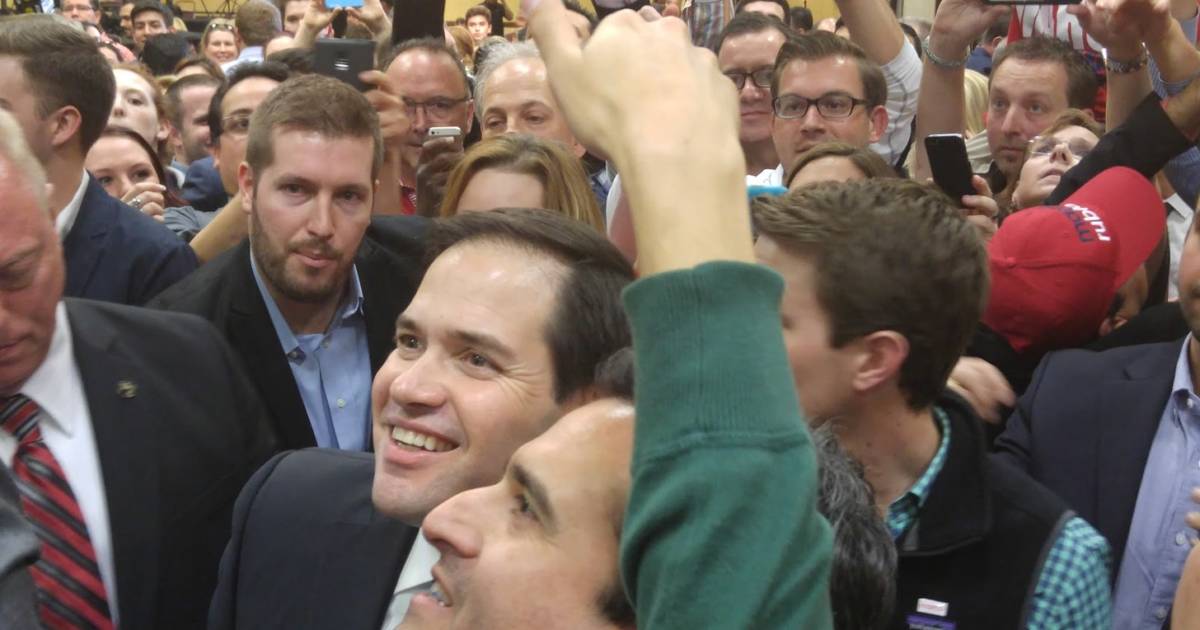 A few years back, I thought Marco Rubio was one of the people who could save the Republican Party. Rubio, and a few other young conservative rock stars, seemed to have both the principles and the popularity to make limited government politics popular and practical as the country exited the Obama era. Although he wasn’t my first choice in 2016 (I originally backed Scott Walker), I volunteered for his campaign and ended up making phone calls on his behalf of Rubio. Imagine my disappointment with the Florida senator since 2016.

Rubio’s performance in the four years of Donald Trump’s hostile takeover of the GOP has been lackluster but not markedly worse than most other Republicans. But, even worse than his waffling and failure to stand up to Trump’s excesses and abuses of power is Rubio’s new adoption of populist talking points. The most recent example is his op-ed in the New York Post this week.

First off, let me question Rubio’s decision to place a major policy piece in a second-tier outlet like the New York Post. The Post is a tabloid and not generally considered a serious paper. National politicians typically publish opinion pieces in their local papers but often write for such prestigious outlets as the Wall Street Journal, the New York Times, and the Washington Post, the papers of record for the country, but I can’t recall any politician of Rubio’s stature publishing an op-ed in the NY Post. The very fact that Rubio chose the NY Post for his piece makes it seem even more populist and less serious.

Rubio’s op-ed does not sound conservative. In fact, the opening paragraphs sound like they could have been ghostwritten by Bernie Sanders or Elizabeth Warren:

“What’s good for General Motors is good for the country.” This was a ­defining American ­adage in the last century, because it was true: US corporations helped to make our country the most prosperous in the history of the world. But with the profits came a corporate duty to care for the strength of the nation and its citizens.

That bargain has broken down. Many in corporate America feel no obligation to act in the best interest of our country.

But, Rubio writes, things took an evil turn when “Corporate America began to view these good jobs, families, communities and even the nation as an afterthought. American workers of all backgrounds suffered as a result. Corporate greed annihilated an entire way of life.”

I do have problems with how some tech companies aid repressive regimes like that of China in censoring the internet for their people. But Facebook, the company that Rubio singles out, is doing somewhat better in this regard. Facebook has been banned in China since 2009 when it was used by Muslim Uyghurs to coordinate uprisings against the government. In 2020, Facebook, along with Google and Twitter, said that it would stop reviewing requests for user data by law enforcement in Hong Kong in response to China’s new security law.

Rubio betrays his real concern when he criticizes corporations for “taking aggressive positions on woke cultural issues.” He compares corporate wokism with allowing “a company to dump toxic waste into a river upstream of a thriving town.”

“Yet corporate America eagerly dumps woke, toxic nonsense into our culture, and it’s only gotten more destructive with time,” Rubio says. “These campaigns will be met with the same strength that any other polluter should expect.”

But there is a big problem with Rubio’s stance because “woke, toxic nonsense” is not toxic waste. In the real world, there is a massive difference between toxic ideas and toxic chemicals. Our laws treat the two differently because they are very different.

What Rubio is proposing is no less than an attempt at corporate censorship and would be blatantly unconstitutional. The First Amendment guarantees protection against the very sort of government control of speech that Rubio proposes. The Supreme Court has held that Americans do not give up their constitutional rights, including free speech, when they band together to form a corporation.

Additionally, his proposal to regulate and restrict “woke” speech would likely be a violation of the Equal Protection Clause. The government cannot favor one set of speech over another and decide that woke liberal speech is inferior to even Rubio’s call to eviscerate the First Amendment.

Rubio ends with one of the most quoted sentences from his op-ed, in which he argues, “America’s laws should keep our nation’s corporations firmly ordered to our national common good.”

But who decides what is in the “national good?” If Rubio’s wishes became law today, it would be the Biden Administration that implemented the new congressional guidelines, but I doubt that the resulting rules would please Senator Rubio.

And that’s the key that Rubio’s argument is garbage. What he wants to do is use the police power of government to restrict the speech of his enemies. Rubio and others would howl to the heavens if the Democrats asked for this power over conservatives but would love to assume the role of arbiter of the national good for themselves.

Does it make me a radical or a liberal to say that neither side should have the power to censor the other? I’d say it makes me a constitutionalist.

If Rubio is truly concerned about woke corporations and the effect of woke ideas on the country, then he should advance competing ideas, based on pragmatic conservative and constitutional principles. Let the ideas of the two sides compete in the marketplace of ideas. Refine them, make them better, and find a compromise to implement them.

The problem is that Rubio and other Republicans abandoned their conservative principles to form a human shield around Donald Trump. In doing so, they lost their credibility and they lost the argument.

Conservative ideas are not dead. They are often better and more workable than competing liberal ideas, but we do need new spokesmen for conservative thought who are not tainted by obsequience to Donald Trump.

Once upon a time, I thought that Marco Rubio could be one of those spokesmen. Now, however, Rubio has shed his conservative principles for populism and repression.

We need to find someone else.