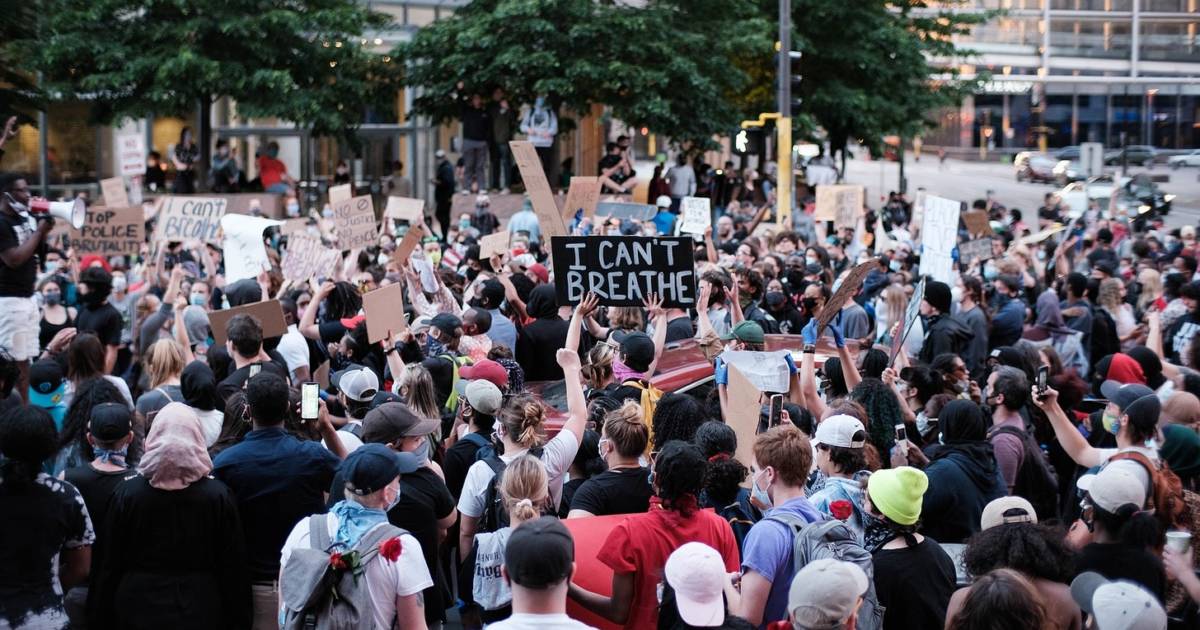 Over the past few weeks, I heard a lot of people speculating that there would be a new wave of riots across the country, no matter how the Derek Chauvin trial ended. The theory was that if the former officer was acquitted that the rioters would take out their anger and frustration on local businesses. On the other hand, if Chauvin were convicted, there would be celebratory riots. After all, if you want a new tv, does it really matter if Chauvin is going to prison or not?

Or so the theory went. The problem was that the riots didn’t happen. There were protests and demonstrations and marches, but they appear to have been mostly peaceful. There were some arrests at an “unlawful assembly” in Portland, but the “r” word does not seem to have been applied to the gathering.

I have little doubt that riots would have erupted if Chauvin had been acquitted. It would not have even surprised me if there had been violence in the wake of the guilty verdict. It was not impossible that some of the demonstrators would have heeded Maxine Waters’ ill-advised cause for more confrontation. But, in the end, they did not.

People who made the assumption that there would riots no matter what should ask themselves why they were wrong. Maybe the problem is that most of us had it wrong last year.

Last year, there was a lot of ridicule about news stories, especially from CNN, that reported that 93 percent of BLM demonstrations were peaceful. A lot of people looked at the pictures of the riots and assumed the report was garbage, but what if it wasn’t?

The reports were based on a study by the Armed Conflict Location & Event Data Project (ACLED), a nonprofit that collects data on violence and protests around the world. The study found that that there were more than 2,400 peaceful demonstrations between May 24 and August 22 last year. During the same time period, there were 220 violent protests. That explains the math, but why didn’t we see these peaceful demonstrations on tv?

The answer is that if it bleeds, it leads. It’s no secret that violence and bad news make for more compelling and gripping video than peaceful protests. Nevertheless, those peaceful demonstrations were covered. Many of them were small protests in small towns, like my county seat. The BLM protest there, which I did not attend, was covered by our weekly newspaper and not much else.

Not everyone who supports BLM is a socialist. In fact, I’d say most are not. They are decent people of all races who believe that these unnecessary deaths are tragic.

The flip side is that you can’t honestly say you believe “all lives matter” if you think that the unnecessary deaths of George Floyd, Daunte Wright, Breonna Taylor, and others don’t require justice. Even police officers need to be accountable for bad killings if the lives of the dead matter.

One of the Civil Rights stories that connected most with me is the murder of Lemuel Penn. Lt. Col. Penn was an army reservist who was chased down and killed by Ku Klux Klan members after driving through Athens, Georgia in 1964. The murderers were initially acquitted by a local jury, but two of the six were later convicted on federal civil rights charges and sentenced to a paltry six years.

Penn’s murder occurred less than 20 miles from where I grew up and my childhood was separated by less than a decade from the shooting. As a University of Georgia student and then a worker in Athens, I frequently drove across the bridge where Penn died and past the historical marker that memorializes the shameful chapter in American history.

America and Georgia have changed a lot since 1964. Where local officials protected the klansmen from Athens, the Minneapolis police chief testified against Derek Chauvin. Members of the community of all races banded together to confront Chauvin and the other officers to peacefully try to save Floyd’s life… and then to seek justice.

I did not then support and do not now excuse the violence that was all too common in the wake of Floyd’s death last summer, but I do think that there is some truth to the idea that the riots were a result of anger at the system that boiled over after a series of controversial killings. Some, like the killing of Michael Brown, were justified under the circumstances, but too many were not.

So, why were there no riots after Chauvin was convicted? I think it was because the verdict affirmed that, unlike back in 1964, black lives do matter in 2021. I think that there was widespread relief and joy that sometimes the system does work and that bad cops can be held accountable… at least some of the time.