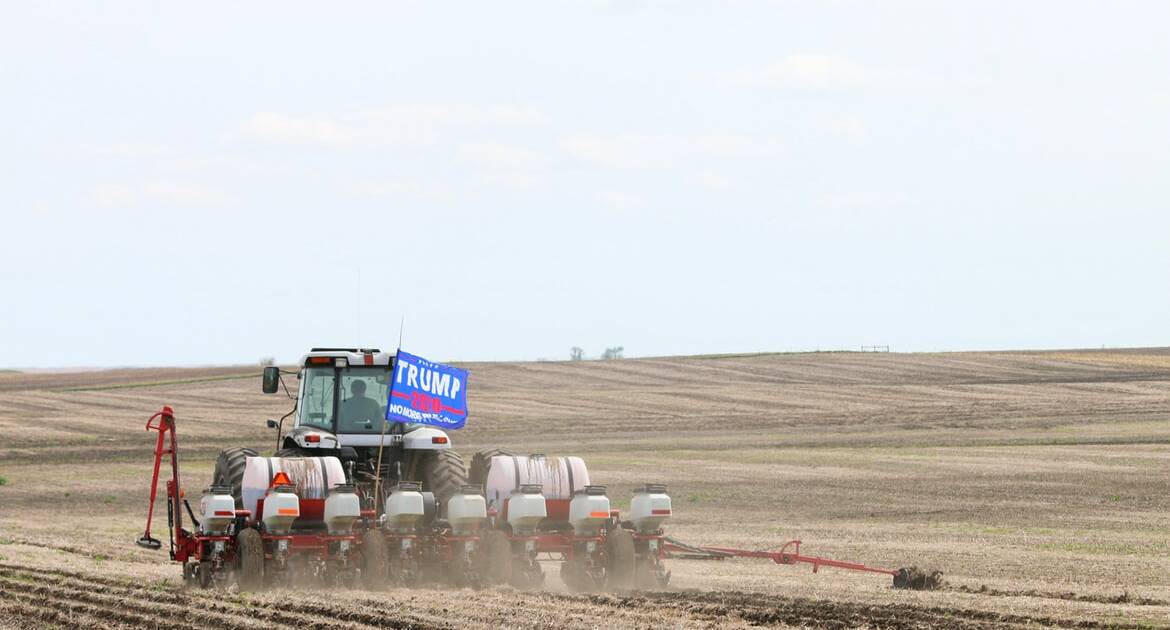 I wrote last week that “the Republican Party is dead as a conservative party.” Over the weekend, some of my Republican acquaintances seemed bent on proving me right.

In my first example, I became involved in a discussion in a professional pilot group on Facebook about a proposal from Delta Air Lines that combative and disruptive passengers be placed on a no-fly list. Per The Hill, Delta has already placed about 2,000 people on the company’s own, internal no-fly list.

My response to the article was that airline travel is a privilege, not a right.

Pilots are a traditionally conservative group of people and quite a few use the airlines to commute either to and from work or training. Nevertheless, I was surprised at the anthill that I kicked over with my statement. It seems that in that heavily MAGA Facebook arena at least, quite a few pilots do believe that airline travel is a right.

Now hearken back just a few years to 2010 when the Affordable Care Act was being debated. A big argument among conservatives was that healthcare was not a right because no one has the right to the fruits of another person’s labor. Patients did not possess a right to care from a doctor because that infringed on the doctor’s freedom, they asserted.

Fast-forward a few years to the gay wedding cake and photography debates. Gay couples sued because Christian bakers and photographers refused to bake cakes or photograph their weddings. Again, the conservative argument was that business deals should be voluntary transactions, not compulsory. (Masterpiece Cake Shop won that case at the Supreme Court, by the way, although the case hinged on religious liberties.)

I agree with both of those positions, which is why I found it surprising that internet Republicans, who probably agreed with me on those cases, would now suddenly find a right to airline travel in the Constitution. The key to the inconsistency seems to be that a lot of the recent cases of air rage relate to onboard mask mandates, and the vocal MAGA pilots in the group really don’t like masks. Or vaccines for that matter.

As I thought about it, I realized that airline travel wasn’t the only constitutional right that MAGA has “found.” For example, according to armchair MAGA lawyers, there are the rights to not comply with pandemic mitigation strategies and the right to post on social media as well. And let’s not forget the alleged right of the vice president to set aside electoral votes. (If Joe Biden loses in 2024, will MAGA support Kamala Harris if she refuses to count the votes of Texas and Alabama?) None of these is rooted in the Constitution or legal precedent.

In the case of the airline no-fly lists, airlines are private companies. They don’t owe you a ticket. When you choose to fly on an airline, it is a voluntary transaction on both sides of the ledger.

Private companies do have the right to refuse service for reasons other than those excluded by civil rights law. “No shirt, no shoes, no service” is a valid reason to turn away customers. So is banning passengers who create a violent disturbance in flight. This is true even if the disturbance was “only” over wearing a mask.

You may not like masks, but there are certain places where they are required. Aboard an airliner is one of these places. If you are on an airliner, you should know this because you have to acknowledge the rule when you buy the ticket and again when you check in. Regardless of whether you think masks are worthless or not, you agreed to obey the rule and there are consequences if you later refuse and make a scene during the flight.

The idea of following rules or facing the consequences is a very conservative idea. On the other hand, it seems to me that flouting rules that you don’t like seems to be something that I’ve seen far more from the left. Civil disobedience is a tactic frequently used by liberals but is also typically nonviolent, unlike many of the anti-mask Karens on airliners. At any rate, people who engage in civil disobedience must be ready to face the consequences of their actions. (There’s that word again.)

The second example of creeping liberalism within the GOP was a story that I saw about anti-CRT efforts at a local school in Texas. In this most recent chapter of the struggle against CRT, a parent in the Katy Independent School District near Houston demanded that the school library remove a biography of Michelle Obama.

The Hill reports that the complaint alleged that the book “was written to indoctrinate children into ‘the leftist movement with a negatively slanted view of another president [Trump],’ and taught ‘reverse racism’ by ‘wanting young white girls to believe that the way they talk is a culturally unacceptable way in today’s society.’”

Now, I’m no fan of Michelle Obama and I’m also not a proponent of Critical Race Theory. I do believe, however, that CRT is not a big threat in K-12 schools but is rather being used as a bogeyman to mobilize the Republican base with what sounds a lot like racist dog whistles.

I’m not pro-CRT, but I’m also not anti-CRT. You could probably put me in the anti-anti-CRT category, and stories like the attack on the Michelle Obama biography are the reason why.

Quite a few of the books being targeted by anti-CRT activists have nothing to do with CRT. Like the Michelle Obama book, historical lessons and works that discuss the Civil Rights era and figures such as Martin Luther King and Ruby Bridges have been targeted for removal from libraries and curriculums in several states including Texas, Tennessee, and Iowa.

Quite a few parents have gotten the idea that if it deals with race and makes people uncomfortable then it must be CRT. As a result, there is a disturbing trend in attacks on lessons that deal with race or even books that feature black characters, such as “New Kid,” a Newberry Award-winning book about a black middle schooler.

This sort of thing is why I oppose anti-CRT laws, which are usually overly broad and vaguely written. (The Texas anti-CRT law prompted one district to briefly instruct teachers to provide a balanced view of the Holocaust.) Slavery, Jim Crow, and segregation are ugly parts of American history, but they are nevertheless a part of our history that needs to be taught objectively.

In a video posted to Twitter, the leader of Moms 4 Liberty of Williamson County, Tennessee opposes a book about Martin Luther King’s civil rights march on Washington because it depicted violence against the marchers and taught the fact that police officers at the time enforced racist laws and policies. This isn’t CRT. This is historical fact.

When I was a kid, it seemed like attacks on books came from the left. I remember attempts to remove classics like “Huckleberry Finn” from school libraries and curriculums. Even today, “cancel culture” is often an attack on ideas that people on the left disagree with. So why is it that the right is joining that crusade in an attempt to “cancel” books and lessons about Black history?

Ironically, today the leftist “cancel culture” is mostly a grassroots phenomenon. As such, it may be considered censorship, but it does not run afoul of the First Amendment because it doesn’t involve government suppression of speech. School boards have a lot of discretion over curriculums and school libraries, but petitioning the government to ban curriculums and books because parents don’t like the ideas that those books contain can lead to shaky First Amendment ground since schools are government entities.

These examples may seem disparate and unconnected but the common thread is that Republicans are increasingly acting like the left (or at least like the traditional Republican perception of the left). There is a tendency to read between the lines of the Constitution to find affirmative rights that are popular with Republican voters and an entitlement mentality that says anything I don’t like is unconstitutional. Now, we are also seeing a “cancel culture” movement that is based on the concern that the history of the Civil Rights era might make white students feel bad.

If the Republican Party persists in becoming more like the Democratic Party in seeking Big Government solutions to problems of private life and ranking subjective feelings over objective truth, that means that a lot of traditional conservatives like me are going to remain politically homeless. We need a party that advocates for limited government, impartial application of the law, private property rights, and objective truth over feelings, but neither party currently fits that description.