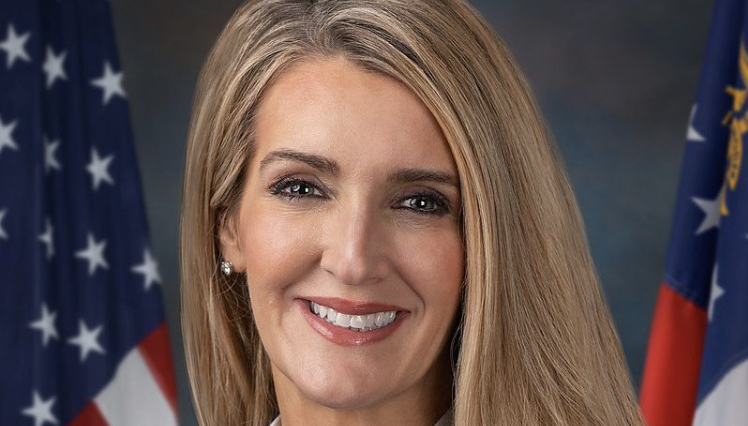 Kelly Loeffler, Georgia’s junior Republican senator, tweeted a strange video yesterday. The short video of Donald Trump wrestling a man with the Coronavirus superimposed on his head is rather atypical for a sitting senator. It is even more strange considering the circumstances of Loeffler’s tough special election race to keep her seat.

For those who don’t recall, Loeffler was appointed by Gov. Brian Kemp to fill the seat of Johnny Isakson, who resigned effective December 31, 2019 for health reasons. Loeffler took office a few days but, under Georgia law, a special election must be held to determine who will serve the remaining two years of Isakson’s term.

That’s where things get interesting. Rep. Doug Collins really wants to be a senator. Collins represents Georgia’s ninth district and lobbied hard for the senatorial appointment. After Kemp picked Loeffler, Collins announced his intention to challenge her in the special election against the wishes of the state Republican Party.

The special election in Georgia is not a typical election. It is a jungle primary (also called a blanket primary) in which all declared candidates compete against each other regardless of party. If no candidate gets 50 percent of the vote on November 3, the top two candidates will advance to a runoff which is scheduled to be held on January 5, 2021.

If she were only competing against Democratic challengers, Loeffler would probably have an edge, but Collins’s challenge from the right puts her in a box. Collins is well-known among Georgia Republicans after having served as a congressman since 2012. He is also a staunch supporter of President Trump.

Loeffler has a natural constituency among Georgia Republicans, but Collins cuts into that base. Confusing matters further, the two have very similar platforms so much of the race has been focused on who is a bigger supporter of the president. Aside from tweeting videos of President Trump bodyslamming the Coronavirus, Loeffler has also attacked Collins for his “liberal” voting record.

The race has split Georgia Republicans. The American Conservative Union has endorsed Doug Collins while an impressive list of state and federal officials and National Right to Life have endorsed Loeffler. President Trump has praised both candidates but has endorsed neither.

Polling shows a slight lead for Loeffler. The Real Clear Politics average shows Loeffler with a two-point lead over Collins and Democratic Raphael Warnock, although two recent polls have shown a three-way tie and an eight-point lead for Warnock. Loeffler’s problem is that if she plays the moderate then Collins gains, but Warnock surges if she moves to the right.

The problem is made more complicated by the fact that Trump is slipping in Georgia. The president’s approval is underwater in Georgia and two recent polls have shown Trump trailing Joe Biden in the Peach State. This makes tying a candidate too closely to the president dangerous.

Loeffler’s strategy is apparently to run to the right in the general election and then tack to the center for the runoff. If she can survive the three-way jungle primary, her odds should be better in a two-way race against either Collins or Warnock. Most Collins voters would stay with the Republican in a race against Warnock while most moderates and Democrats would likely prefer Loeffler to Collins.

The danger is that in tying herself too closely to Trump, Loeffler may alienate voters in a year that looks to be very tough for Republicans. That is especially true as Loeffler’s tweets become more and more far out. Last week, the senator accused China of giving the virus to the president and demanded accountability. That will play well with Trump supporters but will probably be less popular with other Georgia voters.

Kelly Loeffler, facing a tough inaugural campaign, seems to be putting all her eggs in the Trump basket. As the announcer in the movie “Dodgeball” famously said, “It’s a bold strategy, Cotton, let’s see if it pays off.”