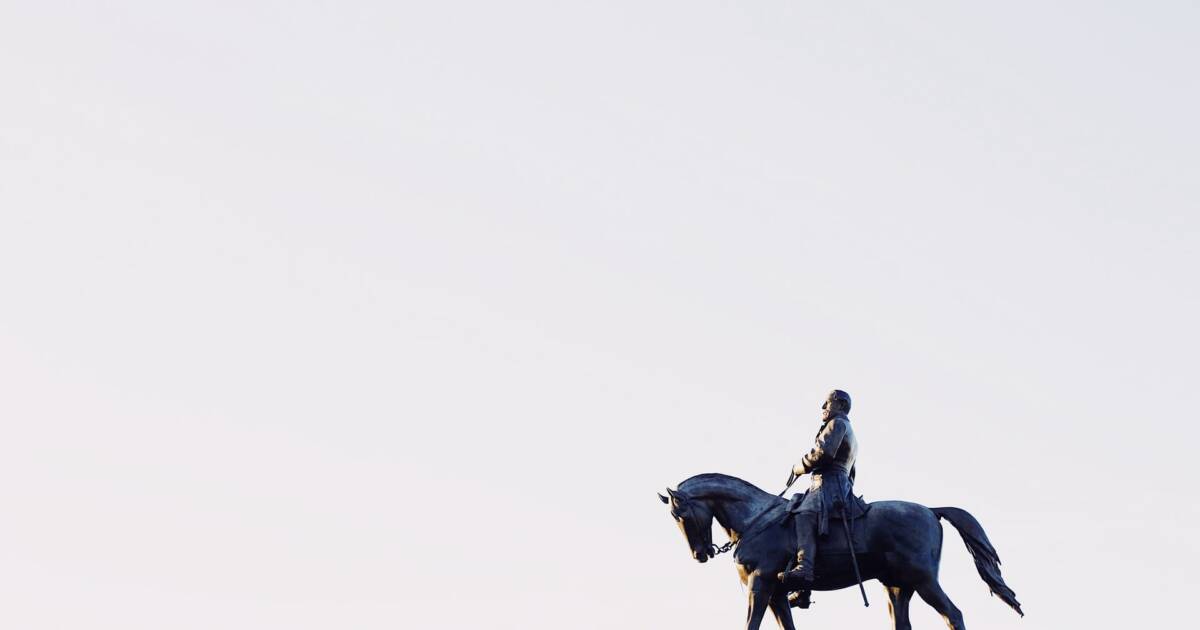 Amid the tragedy and election returns of the past week, one bit of news that was overlooked by most is a list of proposed name changes for military bases that honor Confederate soldiers. The name changes are not yet written in stone, but the new release offers some insight into what might be a major change for nine army installations.

In a statement accompanying the recommendations, Admiral Michelle Howard (USN, Retired) said that the commission’s goal was to find “names and values that underpin the core responsibility of the military, to defend the Constitution of the United States. We wanted names and values that evoke confidence in all who serve. Confidence that by emulating those whose names are on the installations, we too can rise to every challenge, overcome every obstacle, achieve excellence, and, if necessary, sacrifice our lives for this country and her people.”

I agree that it is time to remove the Confederate names. As a Civil War buff and the descendant of Confederate soldiers, I understand that many Confederate leaders were good men in many respects as well as brilliant tacticians. I’m not advocating that history should be erased, but at the same time, we should acknowledge that it is inappropriate to have military bases named for people who were traitors to the United States.

As I wrote two years ago, “Many soldiers serving on those bases are minorities and may have ancestors that people like Henry Benning, Braxton Bragg, and John Bell Hood fought to keep enslaved. Black soldiers make up 21 percent of army personnel, even though only 13 percent of the US population is black. It is not unreasonable that the army wants minority recruits to feel welcome.”

I live near Fort Benning, which was named for Henry Benning, a minor Confederate general who later became a justice on Georgia’s supreme court. I fully expect a lot of resistance to changing the name of the base, but Benning, although apparently a capable soldier, was not a master strategist or particularly bold soldier.

I would have liked to see Fort Benning renamed for Gen. George Patton, who resided there with his wife as commander of the 2nd Armored Division prior to World War II. It’s fair to say, however, that Patton, although a bonafide hero, does come with his own baggage.

Instead, the Naming Commission recommends that Fort Benning become Fort Moore. If you’ve seen the movie, “We Were Soldiers,” you know about Hal Moore. The recommendation also cites Moore’s wife, Julia, as a namesake for the base. General Moore helped to pioneer the concept of airmobile infantry in Vietnam and heroically led his men in the Battle of Ia Drang against the North Vietnamese Army while his wife helped to reform the army’s casualty notification procedures and support the families of her husband’s soldiers.

If they weren’t going to pick Patton, Hal and Julia Moore are good choices.

Based on the recommendations, other changes include:

The name changes are not a done deal. The Naming Commission will formally make its recommendations in a report to Congress due by October 1. From there, the Secretary of Defense has the authority to make the changes. I would expect Lloyd Austin to make the changes.

And he should. In our multicultural society, honoring people who are known for fighting a war of secession to preserve slavery sends a wrong and unpopular message. The new names are more unifying and if we are honest, are more representative of modern American values.

There really are no good reasons beyond tradition to preserve the Confederate names. There were really no good reasons to name the bases, many of which date back to the rapid military buildups of the world wars, after Civil War losers in the first place. My guess is that not a lot of thought was given to the matter beyond picking a local military figure and slapping his name on the new army post.

I think the Naming Commission has done an inspired job with finding new namesakes for these bases. The names both educate the public about the contributions of lesser-known military people, many of whom both broke ground from an ethnic perspective as well as making significant contributions to the army.

The US Army was at the forefront of integration (not always voluntarily) and has long provided equal opportunity for minority soldiers. It is ironic that so many of its soldiers still serve on bases commemorating people who fought to preserve slavery and rip the United States asunder.

It’s high time we changed that.