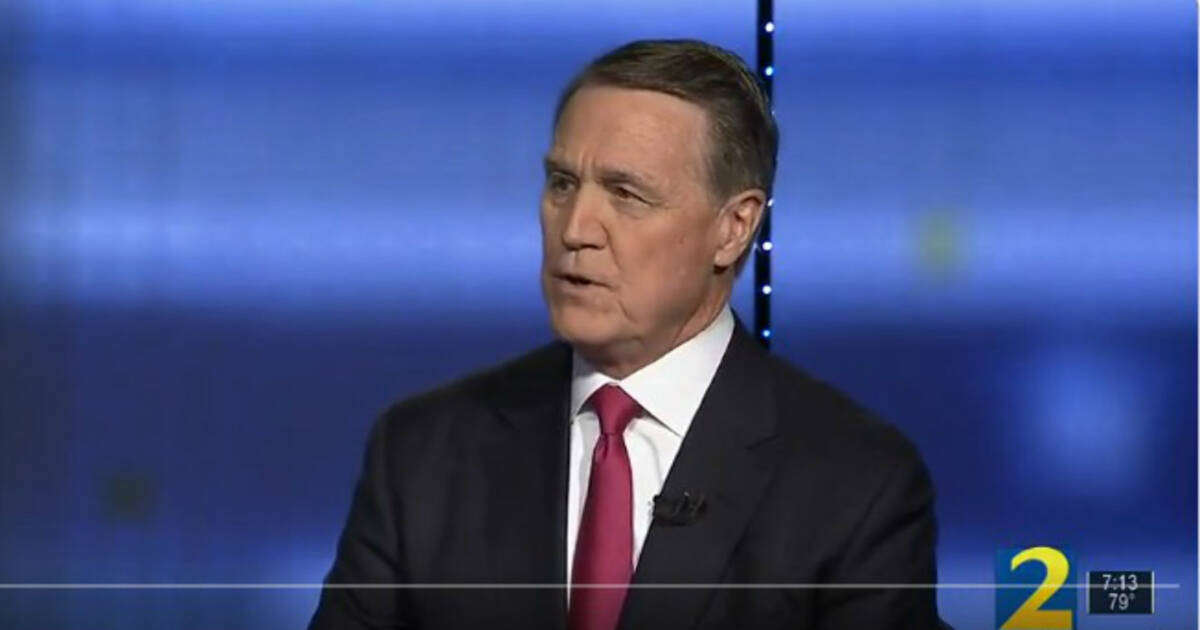 The Georgia gubernatorial candidates had a debate last weekend. If you ever wondered why they use the term “gubernatorial,” I like to think it’s because most of the candidates are a bunch of goobers. That was true of one of last weekend’s debaters in particular.

David Perdue, one of Georgia’s recently defeated senators, showed that he learned nothing from his 2021 runoff loss to Jon Ossoff. Perdue came out of the gate with claims about the election being stolen and illegal immigration, the same platform that cost him his Senate seat.

In fact, David Perdue is only running for one reason that I can see and that is because Donald Trump wants revenge on Brian Kemp for failing to “find” enough votes to overturn Joe Biden’s victory in Georgia. Never mind that tipping Georgia would not have changed the outcome of the election (Don’t bother him with details!), Kemp’s disloyalty has to be punished.

The sparks flew in this clip in which both candidates call each other liars and nitpick the details of the 2020 post-election. I could fill an entire article with a fact-check of Perdue’s claims, but suffice it to say that the Georgia governor does not have the authority to call a special session to overturn an election that the president didn’t like and the consent decree, which settled a lawsuit related to the absentee ballot system, did not pave the way for fraudulent ballots to steal the election.

Gov. Kemp is right. Perdue is lying. And what’s more, it isn’t working. The most recent polling (taken before the debate) shows Kemp with a 20+ point lead over Perdue. (Kemp also performs better in a head-to-head against Stacey Abrams.)

So Trump’s handpicked revenge candidate is flaming out and Kemp, a sane and somewhat moderate Republican looks like he’ll be the standard-bearer once again despite directly challenging Donald Trump. That’s a good thing and shows that the party is breaking free of Trump’s hold, right?

There’s another big statewide race in Georgia. Senator Raphael Warnock, elected to fill the remaining term of Senator Johnny Isakson, who resigned for health reasons, will be defending his seat against a Republican challenger. That challenger looks certain to be Herschel Walker, a former UGA football star who has lived in Texas for the past few decades. Walker is a 50-point favorite in the Republican primary.

Walker is also a devout Trumpist. His association with Donald Trump goes back to the USFL and “Celebrity Apprentice.” The former tailback supported Trump in both 2016 and 2020 and even spoke at the Republican National Convention in 2020 on behalf of Trump, as well as touting stolen election conspiracy theories.

The point here is that the Republican primary voters are clearly not backing candidates solely based on their allegiance to Trump or their stance on the 2020 election. I’d say that there are a variety of factors at play.

First, Kemp is a popular governor. He signed a fetal heartbeat bill before the pandemic and took a middle path between lockdowns and ignoring the pandemic. Kemp was pro-mask and pro-vaccine but often shied away from mandates. More recently, Kemp signed a constitutional carry law. Economically, Georgians are doing pretty well. These are all popular with Republicans.

Herschel Walker’s main advantage is his celebrity. For any Georgian old enough to remember 1980, the last time Georgia won the NCAA championship until last year, Herschel Walker was a household name. I saw him play several times and can still see him sailing over defensive lines to land in the end zone.

Herschel’s nearest competitor is Gary Black, the state Agriculture Commissioner. Black is a longtime Republican officeholder who has served under two Republican governors, but he isn’t exactly a household name. Even if he was, the Republican base doesn’t necessarily know and love longtime Republicans just because they have an (R) after their name.

People know Herschel, but they don’t necessarily know much about him since he left UGA in 1983 to play for the USFL. Since then, Herschel’s personal life has been a mess. He has been untruthful about both his academics and his businesses as well as struggling with mental illness that at times threatened to turn violent.

Would Republican voters shy away from Herschel if they knew about his underlying problems? Maybe and maybe not. But there’s a really good chance that general election voters will watch ads targeting Walker’s history and decide that they shouldn’t risk their Senate seat on the unstable political neophyte.

The question is what does Herschel Walker have that David Perdue doesn’t since they both have Donald Trump’s backing. The answer seems to be that Herschel has a relatively unknown opponent.

This is more evidence that candidates matter. This is true in several respects. First, Brian Kemp is a known quantity and many Republicans are happy with the job that he is doing. This may even extend to his refusal to steal the election for Trump.

Candidates also matter when it comes to name recognition. Herschel has very little going for him except the fact that he was a football star. This is enough to allow him to tower over other candidates who have faithfully served the State of Georgia and the Republican Party for years.

Finally, candidates matter in that Herschel’s celebrity may get him the nomination, but there is an excellent chance that it won’t get him into the end zone. General election voters are not as enamored with conservative celebrities as Republican voters are.

I predict that if Walker finds himself in a debate with Raphael Warnock, he will likely implode quicker than the USFL after the league lost its antitrust suit against the NFL. Ideology aside, Walker just isn’t a good candidate and has no place in the Senate (not that similar shortcomings haven’t stopped candidates in other states; Tommy Turberville, I’m looking in your direction).

It is a good sign that Republicans are willing to look beyond Donald Trump’s endorsements, but the party has a long way to go in restoring sanity to its ranks. It’s probably going to take more than a few more MAGA losses to purge the GOP of Trump’s influence, but conservatives should support good Republican candidates where they can find them.