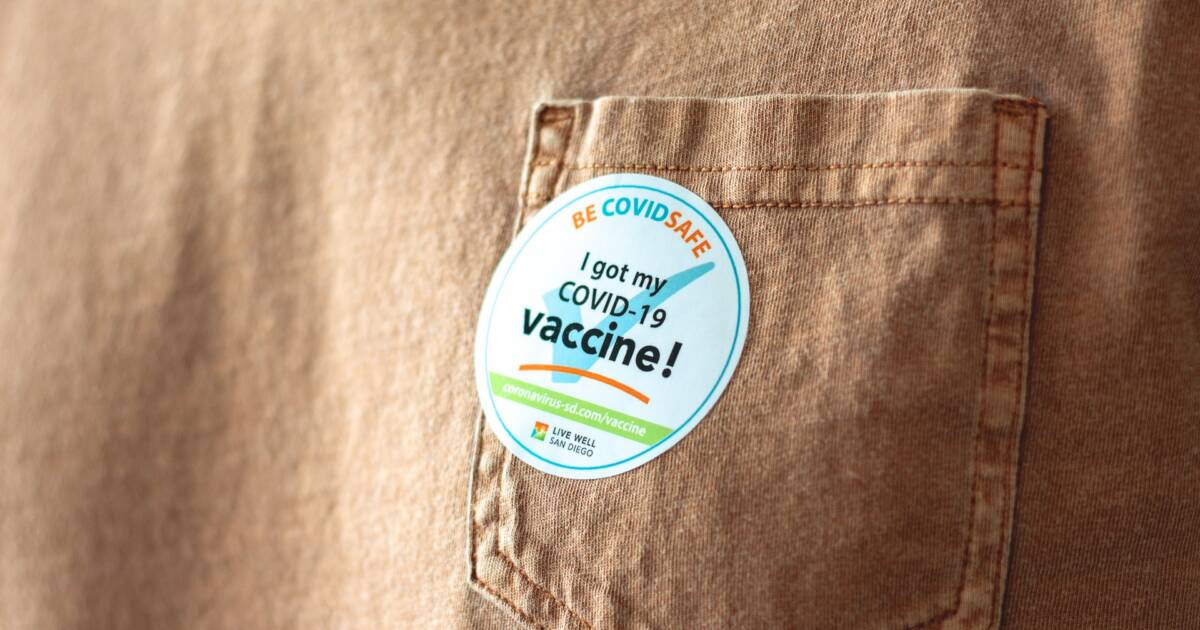 It has been about two weeks since President Biden announced his plan to expand vaccination requirements for many Americans. That means that there has been time for voters to develop opinions about the plan and for those opinions to be reflected in polling.

The question of the vaccine requirement is still somewhat hypothetical because the final rule has not yet been drafted. As a refresher n the topic, Biden is not implementing the requirements for private employees by Executive Order. The requirement for employers with more than 100 workers will be enacted by an OSHA Emergency Temporary Standard (ETS) and the rule for healthcare workers will come through the Centers for Medicare & Medicaid Services. Further, there will reportedly be an exemption in which private employees can choose to be tested weekly rather than get a vaccine.

Early indications were that the vaccine requirements would be relatively popular. After the specifics of the policy were announced, that has continued to be true. There are several polls released in recent days that show majority support for Biden’s entire proposal.

Last Friday, Gallup found that about six in 10 Americans favor the requirements. Support was highest for requiring healthcare workers to be vaccinated at 63 percent, but at 58 percent support for the OSHA mandate outpaced opposition by a 16-point margin.

Unsurprisingly, a majority of Republicans opposed the plan with GOP support on the various questions hovering in the 20 percent range. The poll doesn’t break down reasons, but vaccine resistance has been high among Republicans and the party typically opposes federal mandates that don’t involve prohibitions on kneeling during the National Anthem or forcing social media companies to give them a platform.

Slightly older polls from Monmouth University and Fox News taken in the days after Biden’s initial announcement showed public opinion in the same range. Both polls also found 60 percent support for mandating teacher vaccinations, while Monmouth showed 51 percent approval for mandating vaccinations for students over age 12. Fox reported that two-thirds of respondents approved of requiring masks in schools and businesses. Interestingly, Fox also found that 69 percent believe that masks help to reduce the spread of COVID-19 and 65 percent believe that Coronavirus vaccines are safe and effective.

All is not rosy for Joe Biden, however. Morning Consult found that the president’s approval from black voters took a hit after his vaccine policy announcement. The poll found that Biden’s support had fallen by nine points among black voters and by three points among all voters since the last poll was conducted in late August. FiveThirtyEight’s polling average shows a sharp decline in Biden’s approval beginning in late August as Afghanistan imploded, but Morning Consult’s data shows that the decline among black voters is driven almost entirely by the unvaccinated. Thirty-eight percent of unvaccinated black voters, an increase of 11 points, now disapprove of Biden’s job performance.

It is far too early to tell whether the polling numbers will affect upcoming elections. With the midterms still more than a year away, there are approximately 400 news cycles to go before Election Day. If the pandemic recedes, aided by broader vaccinations encouraged by his policies, and if courts uphold the quasi-mandates, President Biden may well get an eventual bounce in the polls as Afghanistan recedes and people find out that the vaccines won’t sterilize them or make them grow three heads after all.

I got my vaccination last March and I’m still waiting for the chips that were supposedly inserted to boost my cellphone reception, but so far there has been no benefit other than the fact that I haven’t contracted COVID-19 despite being exposed. Oh, and the fact that my wife, who had a breakthrough infection in July, had a very mild case and didn’t die or have to go to the hospital.

Education remains to be the key. Both intentional misinformation and media hype about breakthrough infections have left many people believing that the vaccines are useless. That isn’t true. They still provide much more protection than relying on natural immunity and, critically, people who don’t get infected can’t spread the virus to others. There is also evidence that people who get a breakthrough infection are less infectious and are contagious for a shorter time than the unvaccinated.

Further, there is an abundance of anecdotal evidence that mandates work. Many companies have already implemented their own mandates without waiting for Biden’s order. Many of these employers are reporting that vaccine holdouts are getting the shots rather than face the consequences. For example, Delta Air Lines announced a health insurance surcharge and three weeks later the company’s vaccination rate was 82 percent. When United announced that it would fire employees who refused the vaccine, the company got 99 percent compliance.

If all goes well and we don’t see another variant-driven wave, one that is even more resistant to current vaccines, the COVID-19 pandemic may well be a distant memory by November 2022, much less 2024. We will have likely moved on to newer crises or “crises.”

I think the most important takeaway from the current polling is that most of the country is fine with the idea of masking and mandating vaccines. It is a vocal minority that is upset about the plan. For the most part, Americans seem more inclined to agree with the president that “our patience is wearing thin” with the unvaccinated people who are now driving COVID-19’s spread and forcing the continuation of mitigation measures.

Late last week, an FDA panel refused to authorize a COVID booster shot for the majority of Americans. The panel did approve a third shot for seniors and people in certain high-risk categories but said that evidence was lacking that most Americans would benefit from a booster. The decision applies only to Pfizer at this point, but announcements should be made soon regarding the Moderna and Johnson & Johnson vaccines.

While I would be happy to get a booster shot and fully expect to do so at some point, I think that the FDA’s decision is a good one and find it encouraging. For starters, it shows that the FDA is not charging blindly into the booster debate, but is considering all evidence. This undercuts conspiracy claims that the government is out to get everyone jabbed every few months for nefarious purposes.

Second, the FDA panel is made up of doctors and scientists who know how to read and interpret the myriad of studies and data that are now available. They don’t take their cues from media hysterics about breakthrough infections or from the conspiracy mongers who are stoking fear about side effects and complications. The FDA is looking at hard data and, to quote Mark Watney, Space Pirate, is “going to have to science the shit out of this.”

The real implication here is not that the vaccine is unsafe, but that it is much more effective than it is generally given credit for. That includes effectiveness against the Delta variant that is currently plaguing (literally) the country. In its statement, the FDA reported finding only a “modest decrease in the efficacy of the vaccine among those vaccinated earlier” compared with those who were vaccinated later.

As more information comes in, the FDA may encourage a Pfizer booster at some point, especially if the virus continues to run rampant around the world, but right now all you Pfizer people out there are looking pretty safe.

With luck, the J&J and Moderna vaccines will hold up just as well.