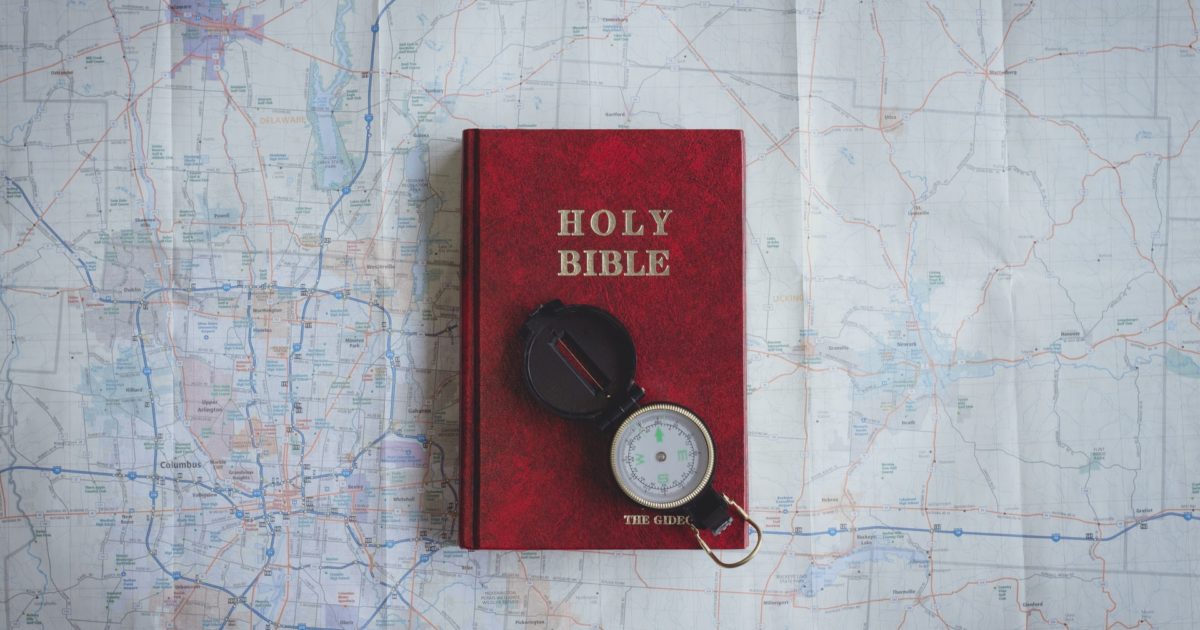 We hear a lot about the end-times, both in politics and popular culture as well as sermons these days. I’ve had an interest in Biblical eschatology, the study of the end-times prophecies, for a long time and I’ve come to realize that a lot of commonly accepted beliefs about the Bible’s teachings are rooted in assumptions rather than the text of the Bible itself.

For instance, one big misconception is that the apocryphal book of Revelation is where you find the Bible’s end-time prophecies. In fact, that is only part of the answer. End-time prophecies are scattered throughout the Bible, but the Old Testament book of Daniel and Jesus’s Mount Olivet discourse from Matthew 24-25 are also prominent sources for our understanding of the end.

Drawing from all these sources, our understanding of the Bible’s prophecies is like a patchwork quilt or putting together a jigsaw puzzle without a picture to guide you. Pieces of prophecy from all over the Bible are put together in what theologians think is the right order, but our picture may not be the same as the original vision.

A good case in point is the rapture. As many Christians are aware, the rapture is not mentioned in the Book of Revelation and the word “rapture” does not appear in the Bible’s prophecies. Instead, theology about the rapture is taken from a few verses in various places. The rapture is primarily discussed by Paul in his letters. The most commonly cited verse is 1 Corinthians 15:51-52:

Listen, I tell you a mystery: We will not all sleep, but we will all be changed— in a flash, in the twinkling of an eye, at the last trumpet. For the trumpet will sound, the dead will be raised imperishable, and we will be changed.

Paul also mentioned this in 1 Thessalonians 4:16:

For the Lord himself will come down from heaven, with a loud command, with the voice of the archangel and with the trumpet call of God, and the dead in Christ will rise first. After that, we who are still alive and are left will be caught up together with them in the clouds to meet the Lord in the air. And so we will be with the Lord forever.

Jesus also alluded to the rapture in the Mount Olivet discourse. His words here paint a picture of the moment that many of us will remember from movies and books such as “Left Behind:”

But we don’t know exactly what the timing or the circumstance of the rapture will be. This has led to theological arguments over whether the rapture occurs before, after, or during the tribulation period that is the primary focus of the Revelation. Paul wrote in 1 Thessalonians 1:10 that “Jesus, who rescues us from the coming wrath,” but a lot is left open to interpretation.

The same is true for the Antichrist. The figure we think of as the Antichrist is not actually called that name. When the Bible uses the term, “antichrist,” it often does so in a general and plural sense. Verses such as 1 John 2:18, 1 John 2:22, and 2 John 1:7 refer to many antichrists.

The man we think of as the Antichrist is called the “Beast rising from the sea” in Revelation 13:1. Paul called him the “man of lawlessness” in 2 Thessalonians 2:3. The prophet Daniel likely referred to the same figure as “the little horn.”

One of my pet peeves is the Biblical prophecy of a single world currency and implanted microchips that are required to complete financial transactions. This prophecy does not exist, yet many Christians are certain that it does. Here is what the Bible actually says in Revelation 13:16-17:

Also, it [the second beast] causes all, both small and great, both rich and poor, both free and slave, to be marked on the right hand or the forehead, so that no one can buy or sell unless he has the mark, that is, the name of the beast or the number of its name.

From those verses, many have assumed that the mark is a microchip linked to bank accounts. That’s one heck of an assumption! The simple explanation could be simply that the Beast’s followers get a visible mark, such as a specific tattoo, and then have to show that mark of loyalty to buy or sell.

Similarly, some on the religious left say that the prophecies of Revelation have already been fulfilled. It is true that it was partially fulfilled in the fall of Rome, but consider Revelation 21:1-2:

Then I saw a new heaven and a new earth, for the first heaven and the first earth had passed away, and the sea was no more. And I saw the holy city, new Jerusalem, coming down out of heaven from God, prepared as a bride adorned for her husband.

If the earth had been destroyed and replaced with a new one with no oceans, it would be very noticeable.

Further, some people believe that America is a “spiritual Israel” that has supplanted the actual nation of Israel in prophecy. I don’t see any evidence of this and the reemergence of Israel as a nation in 1947 seems to undercut this theory. As many theologians now point out, there is no evidence of an end-time role for America.

Ironically, this spiritual truth is at odds with the desire to Make America Great Again. If prophecy is to be fulfilled, it seems likely that America will become insignificant on the world stage.

I’ll also note that I’ve heard several people, mainly on the left, accuse right-wing Christians of trying to usher in the end-times. As a conservative who has spent his entire life in evangelical churches, I can say categorically that I have never seen an example of this. I think most Christians understand that only God knows the timing of end-time events (Matthew 24:36) and that nothing we can do will affect his divine timetable. There are some inconsistent behaviors, however, such as people who profess to believe that they will be raptured out before the tribulation who stockpile guns, ammunition, and food supplies. If right-wing Christians were truly trying to usher in the end-times, they would not be bent on Making America Great Again.

The point here is that we think we know the scriptures, but often our knowledge of the scripture has been muddled with suppositions and guesses to the point where the two are difficult to separate. Verses are also taken out of context in ways that change or distort their meaning.

The modern church is not so different from the ancient Israelites who thought that they knew what to look for in a Messiah but didn’t recognize him when he arrived. We think we know what we are looking for, but may not recognize the signs of the end when we see them because of our preconceived ideas.

The best way to see past the assumptions is to go back to the original text rather than reading someone else’s interpretations of what the text says. Granted, most of us do need scholars to translate the Bible from the ancient languages and to explain idioms, slang, and customs that are referred to by the biblical authors, but scholars may not have a correct understanding of everything either, especially things that have not happened yet.

In many places, the Bible is written in plain language that needs no interpretation, although I think we do need to be careful not to impose our 21st-century interpretations on words written hundreds of years ago.

In other places, where symbolism or apocryphal language is used, the Bible often provides the key to unlock the interpretation. For example, in Revelation 1, John the Revelator details his vision of “one like a son of man, clothed with a long robe and with a golden sash around his chest. The hairs of his head were white, like white wool, like snow. His eyes were like a flame of fire, his feet were like burnished bronze, refined in a furnace, and his voice was like the roar of many waters. In his right hand he held seven stars, from his mouth came a sharp two-edged sword, and his face was like the sun shining in full strength.”

John then goes on to explain the vision in verses 19 and 20. Interpreting this passage also requires us to understand that the term “son of man” is found in Daniel 7:13-14 and was Jesus’s preferred term for himself.

As we would with understanding the Constitution and other laws, read the original documents and then read commentaries and opinions to get a fuller view of prophecy. Remember, however, that opinion pieces are just that. What counts most are the words of the original scripture (or law) and the subsequent rulings of judges who interpret that law. In the case of prophecy, the decisions of the supreme judge are final.

I do believe that the end-time prophecies will one day be fulfilled. As with prophecies in ancient times, the fulfillment may not look like we expect it to, but I think that we will definitely know it when it happens. Until then, let’s not replace scripture with assumptions and be dogmatic about things where the Bible is not specific.