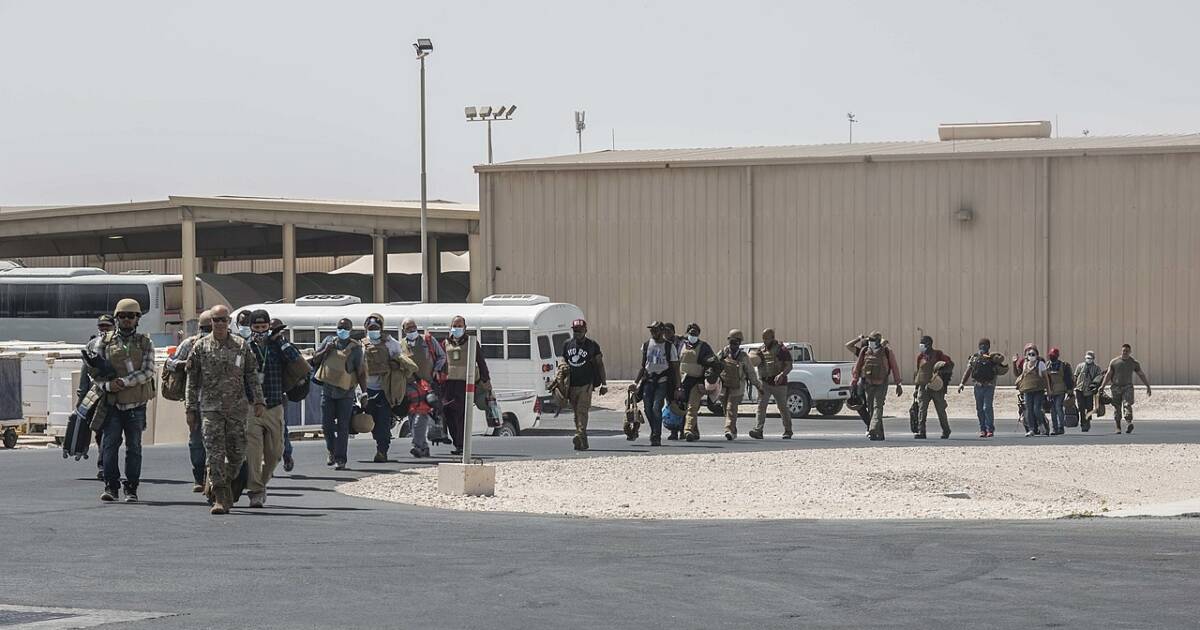 The Afghanistan evacuation is scheduled to end on Tuesday. One of the big question marks that has loomed over the airlift is the number of Americans who need to be rescued and whether it will be possible to remove them before the August 31 deadline agreed upon by the United States and the Taliban.

The evacuation effort has been hampered by the fact that no one seems to know exactly how many Americans were in need of rescue. When the airlift started a few weeks ago, estimates ran as high as 15,000. It now appears that those estimates were almost certainly on the high side.

On Friday, US State Department spokesman Ned Price told reporters that at least 5,100 US citizens had been evacuated and that about 500 were trying to leave. By Saturday, that number was down to 350 Americans who are “nearly or already out of the country,” per a CNBC report from a State Department briefing and the number may have been further whittled down by flights on Sunday.

There is ample capacity on the evacuation flights to remove 350 people. The question is whether they can get to the airport. Over the weekend, the US embassy issued warnings to Americans to stay away from the airport. These warnings were similar to the one issued before the tragic suicide bombing that killed 13 American military members last week.

Over the past few days, the CIA and the US military have been conducting rescue missions to bring Americans and Afghan allies inside the airport perimeter. Additionally, a group of retired special operations veterans dubbed “Task Force Pineapple” has worked with the US embassy and the military to rescue as many as 500 Afghans and their families. (Task Force Pineapple is reminiscent of H. Ross Perot’s private rescue mission in 1979 Iran to bring out several of his employees that were imprisoned by the Shah’s secret police. Like the Perot mission, it would probably make a good movie.) These government and private operations have likely helped to reduce the number of Americans trapped in the city.

The more difficult job may be in tracking down the 280 or so “self-identified” Americans who are not planning to leave Afghanistan or who have not been contacted. CNBC reports that the State Department has tried to reach Americans believed to be in the country by calls, emails, texts, and WhatsApp messages.

The Americans who will remain behind present a problem. Many Americans simply won’t believe that anyone would stay in Afghanistan voluntarily. The very idea that some Americans may not want to leave is already being considered to be an attempt to cover up the Biden Administration’s inability to bring everyone home. In reality, some Americans hold dual citizenship with Afghanistan and don’t want to leave.

It is almost certainly true that some Americans who want to leave have been unable to do so, but at this point, casual observers have no way of distinguishing between those who want to stay and those who are trapped. Whether they stay voluntarily or from coercion, any Americans who aren’t sympathetic to the Taliban and are captured by the Taliban or ISIS-K are likely to be used as bargaining chips, killed for propaganda purposes, or simply disappeared. In the 1980s, it was common for Islamic terrorists to kidnap Westerners and hold them for years.

It’s easy to sit on the sidelines and call on President Biden to stay in Afghanistan until every American is accounted for. It’s easy, but it’s not realistic.

We don’t know – and we don’t know if the government knows – the status of all of the remaining Americans. It is possible that some of the Americans remaining in-country are already dead or in captivity. Given the country’s rapid fall, Americans could have been killed in crossfires between the Taliban and government forces, captured or assassinated by ISIS-K, or murdered by bandits. We may never find out the ultimate fate of every American who is unaccounted for.

Thus far, the Taliban has been mostly cooperative in allowing the evacuations to continue. The suicide bombing last week was carried out by ISIS-K rather than the Taliban, although there have been reports of Taliban fighters interfering with access to the airport. For the most part, there seems to have been an uneasy truce between Coalition forces and the Taliban.

That may change after August 31. Hamid Karzai International Airport sits very close to the city of Kabul. The urban area offers ample cover for Taliban militants to attack aircraft that are arriving or departing. It would tragically pointless to get refugees onto an outbound flight only to have the airplane shot down. It may well require leveling a large part of the city to create a safe zone for aircraft to stage out of the airport.

I don’t want to engage in victim-blaming or say that Americans who ignored months of warnings to leave the country had it coming, but the reality is that our options are limited. There was an inherent risk in going to a country that was at war and where the US was known to be pulling out. If the United States was in control of the country and could bend the Taliban to our will, we wouldn’t be leaving in the first place.

Do we want to stay in Afghanistan for another 20 years looking for signs of Americans who have been swallowed up by the mountains? It’s tempting to say yes. As an occasional international traveler, I’d certainly want the full force of the US government searching for me if I disappeared abroad and I was opposed to the withdrawal anyway. Despite my personal preferences, I think it’s almost certain that the US will have to leave close to the August 31 deadline, with or without the last few Americans.

But that does not mean that the search has to end. American special operations and CIA operators are well-experienced in Afghanistan and there may still be intelligence sources that are willing to talk to us.

If more Americans are located after the evacuation ends, it might be possible to mount rescue missions that are not tied to Kabul’s international airport. Helicopters could remove refugees from landing zones in the desert if necessary, although the numbers that could be taken out this way would be far less than the throngs that we have seen flown out of HKIA on Air Force transports and airliners.

Afghanistan’s high terrain and the long distances involved would make this difficult, but Army helicopters such as the CH-46 Chinook and Air Force and Marine CH-53 Super Stallions and CV-22 Osprey tiltrotors have proven equal to the task. (Doug Stanton memorably described the Chinook flights over the mountains in the early days of the war in “The Horse Soldiers,” the inspiration for the movie, “12 Strong.”)

When the end of the month comes, I don’t know how many Americans will remain in Afghanistan, but there is a strong possibility that some who want to leave will be left behind. Recent reports indicate that some of the California schoolchildren who traveled to Afghanistan over the summer to visit family have still not been able to leave. The numbers of those trapped Americans look to be much smaller now than was thought possible two weeks ago, but the prospect is still tragic.

There have been other cases of Americans trapped by coups or wars, but the remnant left in Afghanistan could be the largest number of Americans who have fallen into captivity since the Iranian hostage crisis of 1979 when 66 Americans were kidnapped by Iranian radicals. That’s assuming the Americans in Afghanistan are taken prisoner and don’t just blend into the population and continue their lives. Interestingly, about 70 Americans are reported to have stayed behind during the fall of South Vietnam so staying the prospect of staying in Afghanistan voluntarily is not unprecedented.

President Biden and the US and allied militaries should move heaven and earth to get every Westerner and as many Afghan allies of the country as possible before the airlift ends. We cannot assume that we’ll be able to continue beyond August 31 even if we want to.

For that reason, the military should make ferrying stranded Americans from behind Taliban lines to the airport for evacuation a high priority. The government should be focusing on finding alternative points for Americans and other evacuees to rendezvous for pickup and transportation to HKIA.

There will be years to sort the blame for the debacle we have witnessed over the past few weeks. Right now, the most urgent matter is to collect and remove as many people as possible before the curtain falls on the evacuation.

At this point, the best that we can hope for is that all Americans who want to get out of Afghanistan will find their way to the airport before the last flight out. For those who choose to remain behind, there will be little that the government can do to protect them.

Regardless of how the current situation came to be, it is going to be President Biden who shoulders the responsibility for their fates. The buck stops at the Resolute Desk in the Oval Office.