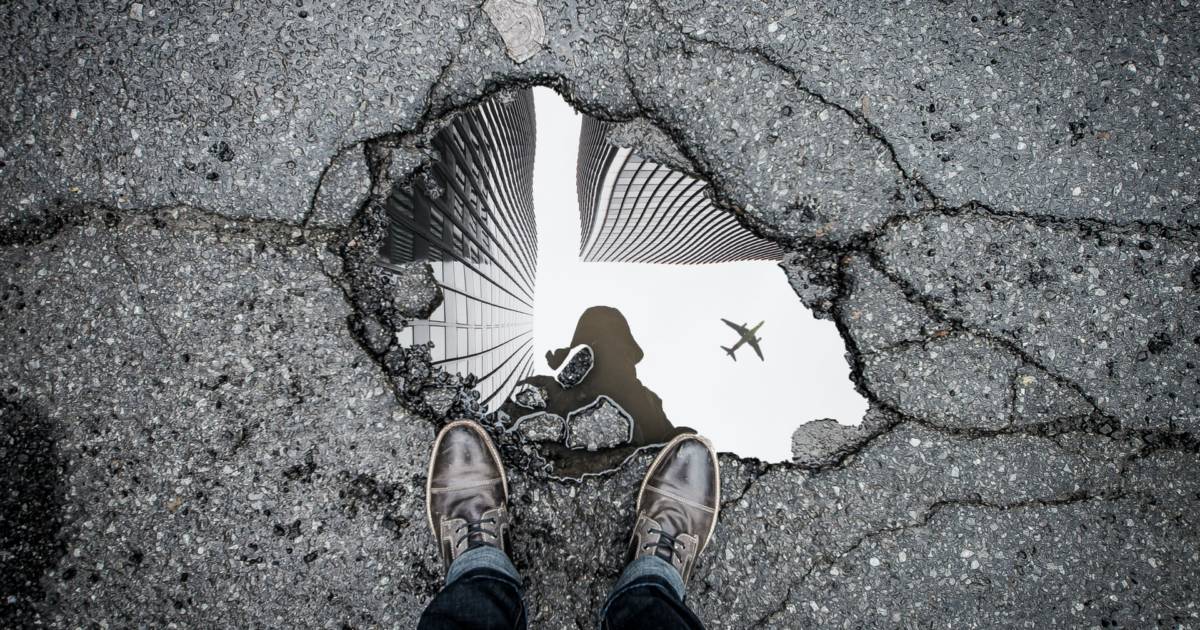 In old baseball movies, hawkers selling programs yell, “Programs! Programs! You can’t tell the players without a program!” It turns out that major leaguers in those days didn’t have their names on the back of their jerseys so unless you memorized the lineup, you really did need the program to tell who was who. Today, when it comes to politics, we have chyrons under the talking heads on television that identify their name and party, but sometimes it can still be hard to tell who’s who.

For example, over the weekend, a flurry of stories emerged about how Congress and the Biden Administration are squabbling over an increase to the federal gas tax to pay for the infrastructure bill, but the players are not who you’d think. Per the Associated Press, it is Republicans who are the driving force behind a gas tax hike while President Biden and the Democrats saying “no.”

Does anyone else feel like they need an updated program? Have we entered a Bizarro world where the parties have reversed?

The AP reports that Biden is standing strong on his pledge not to raise taxes on Americans who earn less than $400,000 per year. To Biden, that pledge includes other taxes in addition to the income tax.

“The President has been clear throughout these negotiations: He is adamantly opposed to raising taxes on people making less than $400,000 a year,” White House spokesman Andrew Bates said. “After the extraordinarily hard times that ordinary Americans endured in 2020 — job losses, shrinking incomes, squeezed budgets — he is simply not going to allow Congress to raise taxes on those who suffered the most.”

So why are Republicans pushing to increase the gas tax? There are very good reasons to raise the gas tax, beginning with the fact that the country needs an infrastructure bill to repair aging roads, bridges, and airports, but we also need to avoid running the national debt up even further. The gas tax has been the traditional method for funding roads and bridges.

Two problems with the gas tax are that it hasn’t kept pace with inflation or technology. The federal gas tax has not been increased in 28 years and is not indexed to inflation. Since the tax was last increased in 1993, inflation and rising construction costs have caused the National Highway Trust Fund’s purchasing power to deteriorate by about 45 percent, per the Peter G. Peterson Foundation.

At the same time, electric vehicles and more fuel-efficient gasoline-powered cars have caused revenues to flatten even as more cars took the roads. Falling demand during the pandemic as people worked from home and canceled trips led to an estimated $50 billion shortfall in funds needed by states to repair and maintain roads and bridges.

What Republicans (and some Democrats) are proposing is a plan with two possible alternatives. First, the federal gas tax, which is currently 18.4 cents per gallon, would be indexed to inflation. Second, they want to implement a vehicle-miles-traveled (VMT) tax, reports Transport Topics. It isn’t yet clear whether one or both alternatives would be passed.

What is a VMT tax? The Tax Foundation notes that a tax on miles traveled could be implemented in several different ways, such as by “levying a flat fee per VMT or developing an advanced tracking system with different rates for different locations.” The flat fee version would vary with different vehicles based on weight and number of axles while the tracking version would utilize GPS technology. Rep. Sam Graves (R-Mo.), the ranking Republican on the House Transportation and Infrastructure Committee, has advocated a pay-at-the-pump formulation for the VMT that would be similar to how gas taxes are collected.

The debate here is not so much whether to increase the gas tax and/or implement a VMT since both sides recognize the need for infrastructure funding. The debate is over who to tax. The Republicans favor user fees that would include taxes on individuals while the Democrats favor an approach that would put the burden on corporations. In the end, both approaches would end up taking money out of the pockets of consumers.

Nevertheless, it is fair to say that Republican resistance to raising taxes seems limited to income taxes. President Trump’s tariffs constituted one of the largest tax increases in decades and now Republicans are lining up to increase taxes on personal vehicle usage, a policy that until recently would have been more closely associated with Democrats and their push to discourage personal vehicles in favor of mass transit.

The rub for Republicans is that gas taxes and VMTs are regressive taxes that would hit their base hard. Red states are more rural and life is more spread out, requiring the use of cars. And most cars are still gasoline-powered. In blue urban areas, many residents don’t even own a car, instead using bicycles, public transportation, or taxis and ride-share services.

An increase in the gas tax would be beneficial to Republicans in at least one area. Namely, it would lend credence to the claim that the Biden Administration is driving up gas prices. Many Republicans have recently compared current gas prices with those a year ago. This is a faulty comparison, however, because a year ago the country was locked in the grip of the pandemic and stay-home orders which drove down demand for gasoline. In April 2020, oil prices even went negative as demand cratered.

A better comparison is to look back two years to before the pandemic. The Energy Information Administration maintains a record of average gas prices going back to 1993. If we look back to June 2019, the average was $2.80 per gallon, which is much closer to Jordan’s figure for June 2021 (which is not over yet). Some of the increase may be inflation, but some is probably also post-pandemic supply issues and pent-up demand that will smooth out. In any case, Republicans won’t have a problem with driving up gas prices another few cents and pointing to Joe Biden as the cause.

I lean libertarian on many issues, but I have never bought into the “taxation is theft” mindset. Taxes are the price we pay for living in a society with a good common infrastructure. I prefer to keep taxes as low as possible but some level of taxation is necessary to pay for all the nice things that Americans want.

To that end, we need to find some means of funding our roads and other infrastructure. As much as I hate to see taxes increase, but it looks like we will soon be paying more in transportation taxes. The only question is in the details.