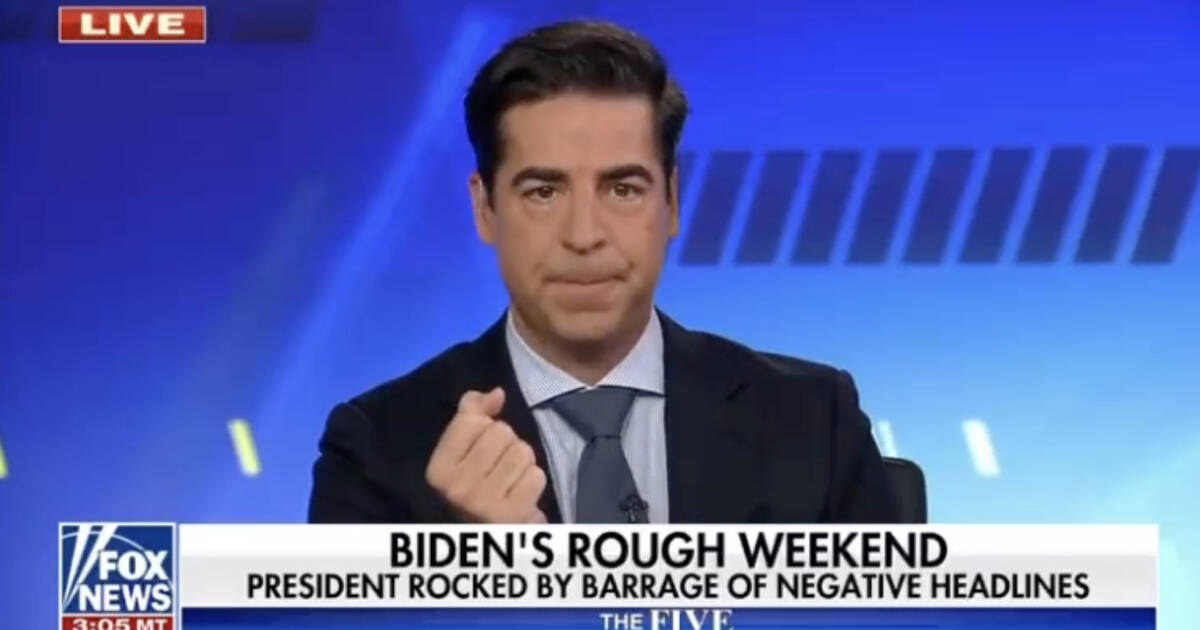 During a recent episode of The Five, Fox News host Jesse Watters absolutely blasted President Biden and his Administration for claiming ‘Joe is fine’ after falling off his bike. Watters isn’t buying that for a second.

“He gets up from the [bike] fall and he says to the reporters ‘I’m fine.’ And the reporters print the story ‘Joe is fine.’ Joe is not fine! Nothing is fine! This guy has had two aneurysms before becoming President; he broke his foot last year —he’s fallen twice; his son is corrupt and under investigation; he’s the worst polled president in the history of presidential polling,” Watters adds.

“Joe Biden is a clueless mess.”