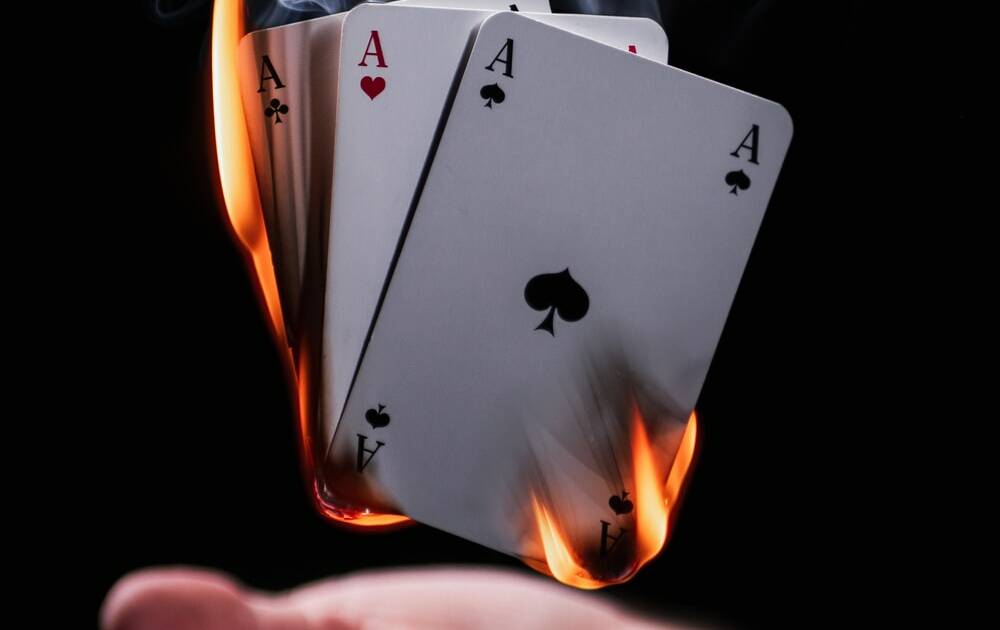 There’s a trope that when something happens in the news, people often ask, “What are they trying to divert your attention away from? What don’t they want you to see?”

The implication is that there are larger forces at work and when they don’t want you to see a story in one direction they plant a story in the other direction. Maybe it’s a mass shooting or a terror attack, but it’s a bright, shiny object to capture attention and make people look away from what is really happening.

The theory reminds me of a magician’s card tricks. Often, the key to magic is misdirection. They distract you with one hand while doing something with the other. Then when a card suddenly appears from out of someone’s ear or some equally improbable place, it seems like magic when what really happened was just that you weren’t paying attention to the right thing.

There are problems with the news event distraction theory. The most obvious is that if these puppetmasters behind the scenes have the power to initiate mass murders and get away with it, wouldn’t they have the power to quash a story so that it never sees the light of day without killing anyone or at most silencing an individual reporter? Likewise, what hold would they have over individuals to make them go on a shooting spree or rampage with a knife or car that often ends their own life? Who would volunteer to be the fall guy in these plots?

While I tend to be skeptical of sensational and conspiratorial claims, there are cases in which breaking stories take the focus away from events that might be of more long-term importance.

Take last week for instance. A week ago, the big story was President Biden’s bungled withdrawal from Afghanistan and the fact that, as General Kenneth McKenzie said, “We did not get everybody out that we wanted to get out.”

Nevertheless, the fact that the Biden Administration left both American citizens and Afghan allies in a country controlled by the Taliban where their lives and the lives of their families are in danger is shameful. It is no less shameful, even if it is understandable, that it might never have been possible to evacuate all of the people who wanted to leave in the time available and that extending our stay might not have been militarily and logistically possible without a major surge and heavy loss of life.

We have not yet begun to feel the aftereffects of leaving Afghanistan in the lurch, but what happened just a day later? After the Supreme Court refused to act, a new Texas heartbeat bill went into effect and banned most elective abortions in the state. Suddenly the focus was off of Afghanistan and on the Lone Star State, not least because of Texas’s unique solution to enforcing the ban on abortions.

While the situation in Afghanistan smoldered, the conversation in the US turned to whether Texas was effectively repealing Roe v. Wade and the relative merits of encouraging citizens to further clog the judicial system with frivolous lawsuits as they seek the $10,000 bounty promised by the Texas legislature.

On a personal note, I, like my friend Steve Berman, am pro-life and favor heartbeat bills. On the other hand, I also favor tort reform and oppose encouraging the country to become even more lawsuit-obsessed. On balance, I don’t think the Texas law is a good one, at least partially because I believe that the most effective way to reduce abortion is by winning hearts and minds, convincing people that unborn babies are living humans and are worth saving.

As a reader noted on my piece about the Texas law last week, encouraging citizens to file civil suits against abortionists sets a horrible precedent. There is no reason that a blue state could not take the same strategy against guns, saying, “The Supreme Court won’t let us ban guns, but we hereby extend the standing to any citizen to sue any gun owner, dealer, or manufacturer that they believe represents a danger or a threat to the community. And by the way, these citizens get $10,000 if they win.”

For any issue on the conservative side of the spectrum, the outcry would be insane if Democrats tried something similar. And they no doubt will if the Supreme Court upholds the Texas attempt to deputize citizens to shut down abortion clinics.

But to get back to my original point, the confluence of these two stories was not the product of an attempt to divert attention away from the Aghan debacle. First, the Texas bill was passed back in May by a predominantly Republican legislature. They had no interest in helping President Biden shift attention from his foreign policy.

Second, the conservative wing of the Supreme Court is also no friend of Biden. If there is any doubt, just look back to the smackdown that they handed him on the eviction moratorium as well as their refusal to grant an injunction against the Texas abortion law.

Finally, if there was any concern about being a distraction, Texas Gov. Greg Abbott would not be signing yet another controversial bill, the new and more restrictive Texas voter bill, into law. As I write this, I just saw a notification that Abbott has signed the bill. This new law is certain to provoke additional weeping and gnashing of teeth and rending of garments across the country.

It isn’t clear what Abbott’s focus was in signing the bill, but it seems clear that he wasn’t trying to shift attention from Afghanistan. He also wasn’t trying to keep the focus on Biden, though. If anything, Abbott may have been trying to shift the focus from the Texas Coronavirus surge that is killing more than 300 people daily as the virus runs rampant through communities and schools.

Abbott and other Republican leaders have come under sharp criticism for attacking and even outlawing mitigation strategies, and especially for outlawing mask mandates in schools. This decision seems to be a particularly bad one as Texas pediatric hospitals hit record high numbers of child hospitalizations for COVID-19. If Abbott wants to shift focus away from anything, it’s probably this.

In today’s modern world, it can seem as if we are being bombarded with bad news. Or at least big news.

Part of that is a function of how much information we have at our fingertips. We see stories that would have escaped our notice if we didn’t have social media or access to newspapers from across the country. Would the new laws in Texas be national issues if our media bubble was concentrated on our own community and state?

Sometimes there might be real attempts to distract from embarrassing events, but often the rush of breaking news is simply a factor of modern life. Veering from a focus on one story to another is a product of our oh-look-a-squirrel inability to think about more than one thing at a time or even one thing for very long. The MTV generation is running the country.

To be savvy consumers of the news, we have to be able to focus both on Afghanistan and on Texas. Not to mention the January 6 commission, the economy, and a hundred other things. We need to remember the mess that Biden has made in Afghanistan without forgetting the mess that Abbott is making in Texas.

The ultimate point is that both parties are making extremely bad decisions and both need to be watched and held accountable (although the Democrats have shown the capacity to do so with Andrew Cuomo). That needs to change.